Winter in the north east of Scotland thus far has been characterised by rapid weather changes as deep Atlantic low pressure systems sweep across the country from west to east. There hasn't been the rain and damaging storm gusts which the western seaboard and Northern Isles have endured, it's just been cold, windy and very changeable. So when an overnight fall of snow seemed to have offered just enough snow....... 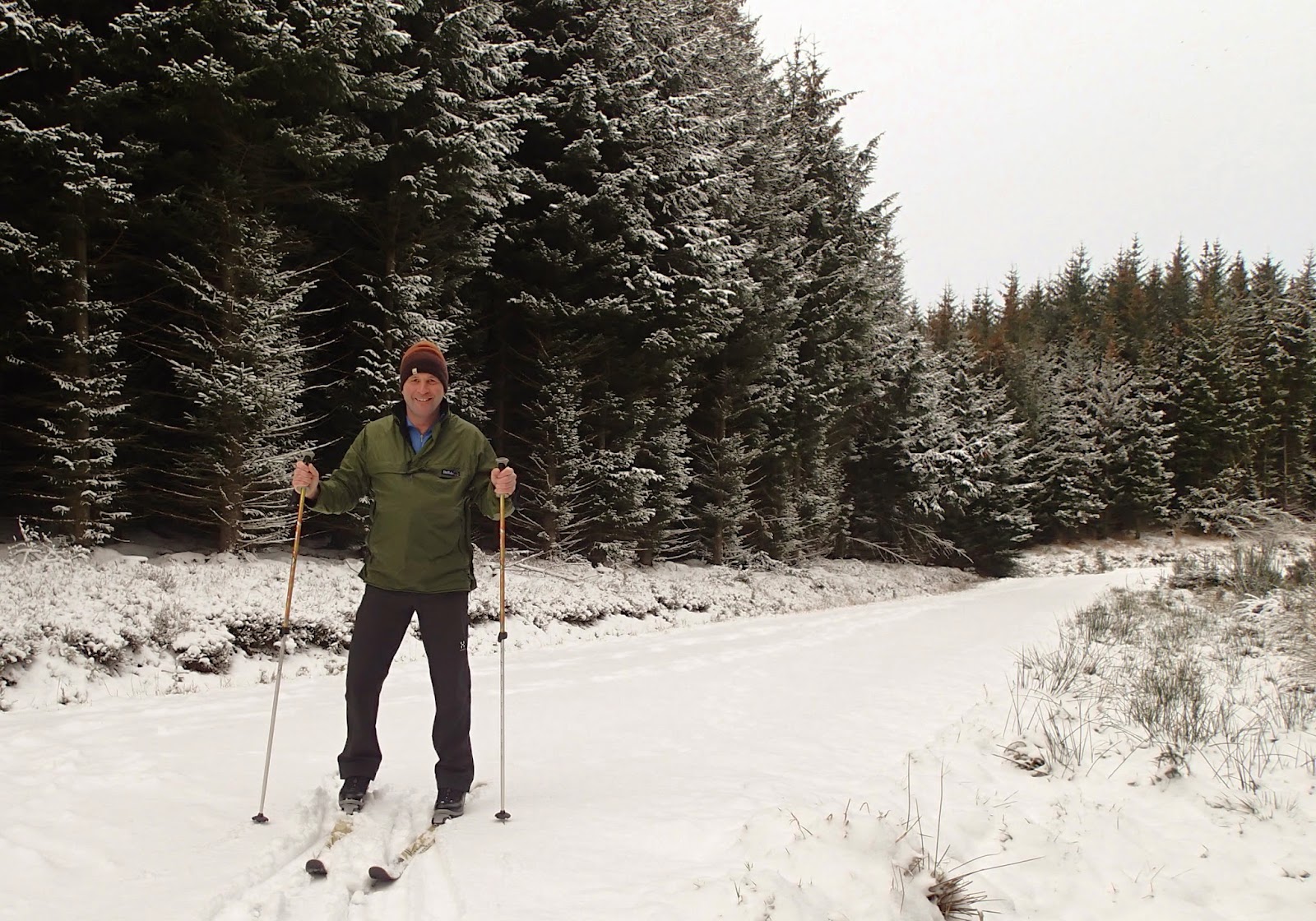 ...the opportunity of a couple of hours on ski wasn't to be missed!   The forest tracks locally can be very good for XC skiing, having nice easy gradients and a good surface. There was just enough snow, and it was just cold enough to allow a reasonable kick-and-glide, though the snow cover was thinner in parts exposed to the wind and required a few hundred metres of walking. 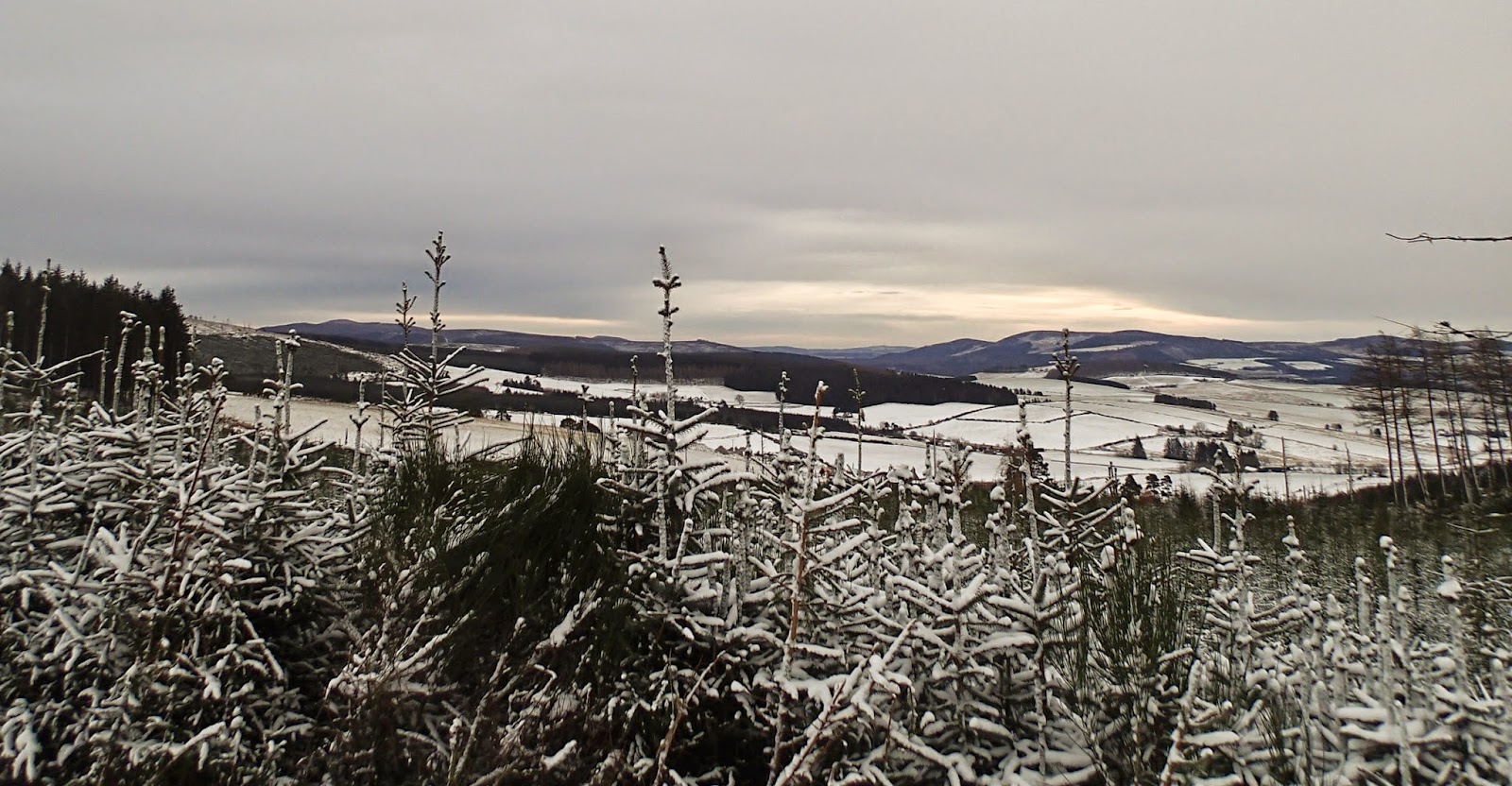 The view down to home showed that this was just a light snowfall and it was forecast to disappear as the air warmed above freezing during yet another frontal passage. 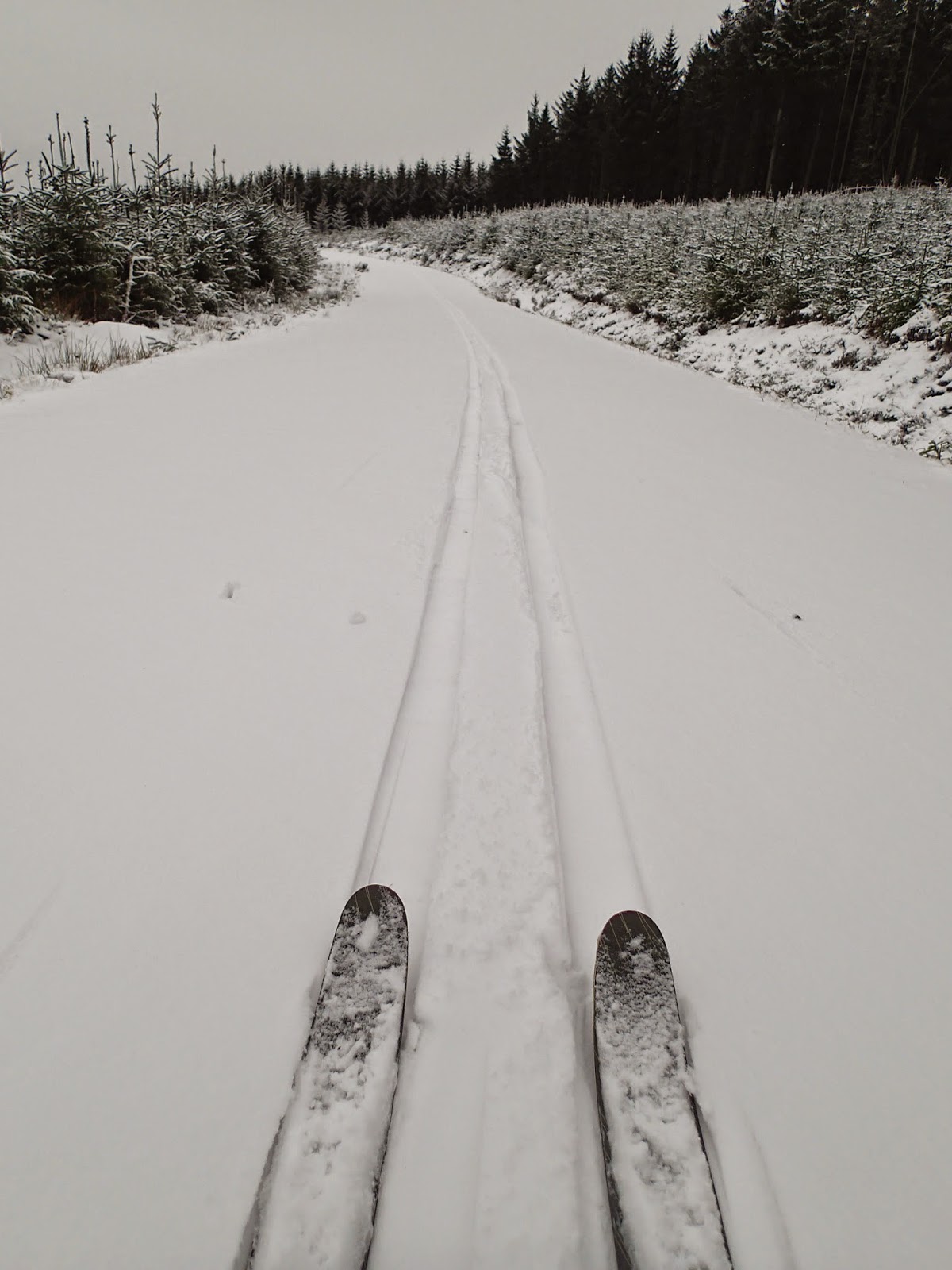 It was good to be able to grab the chance even though it was a pretty short trip - and on the way back down my outward tracks made for a reasonably quick and aerobic run :o)
Posted by Ian Johnston at 10:01