A Speyside "double" - the last drop 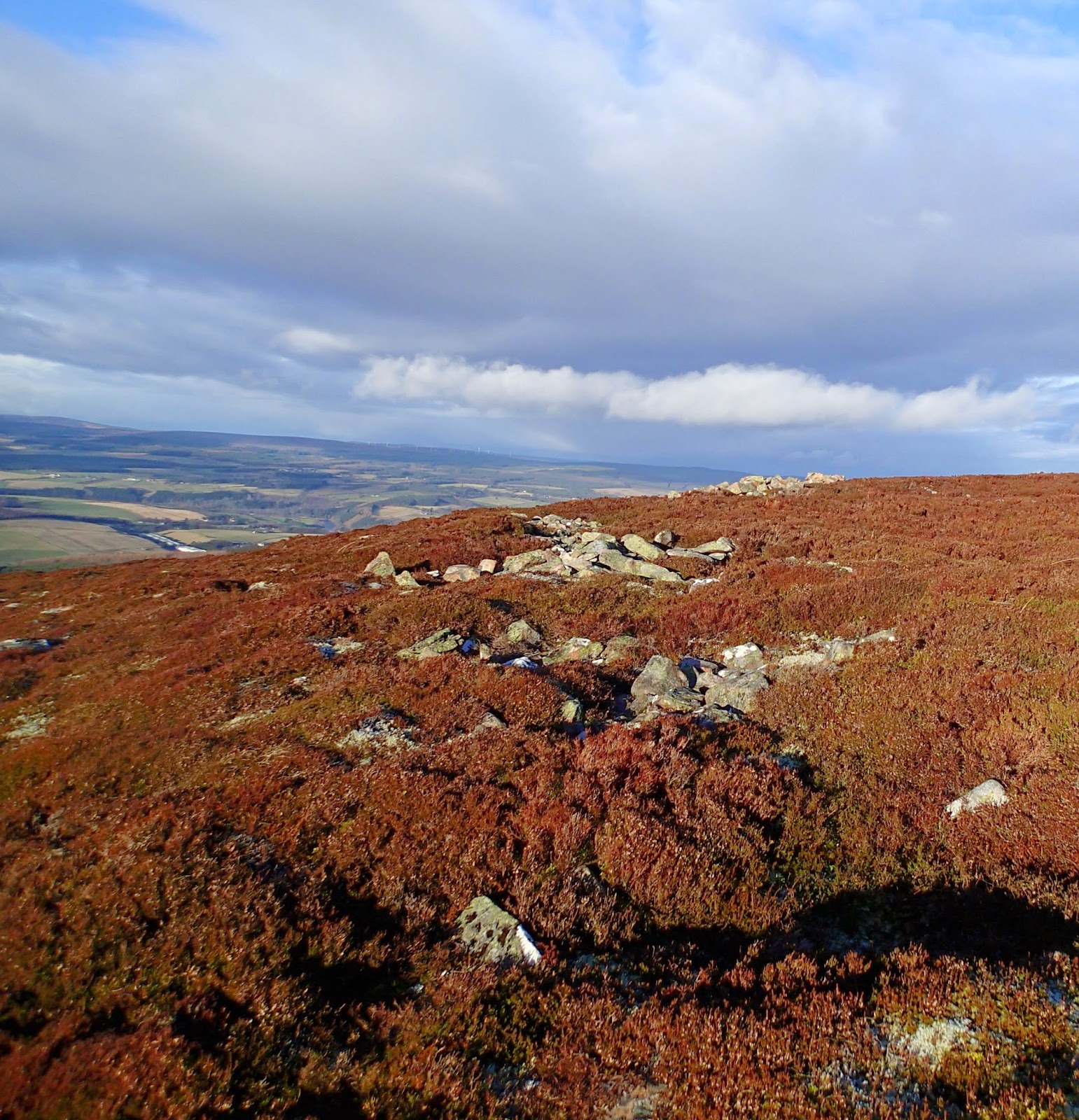 After descending from Meikle Conval to the bealach (col) separating the two hills, it's a short and straightforward climb to the summit of Little Conval. Near to the summit itself are the remains of a hillfort, the visible remains are tumbled walls and the hint of a trench.  The date of the fort is prehistoric, but uncertain beyond that; one thing won't have changed at all though - it would have been a windy spot! 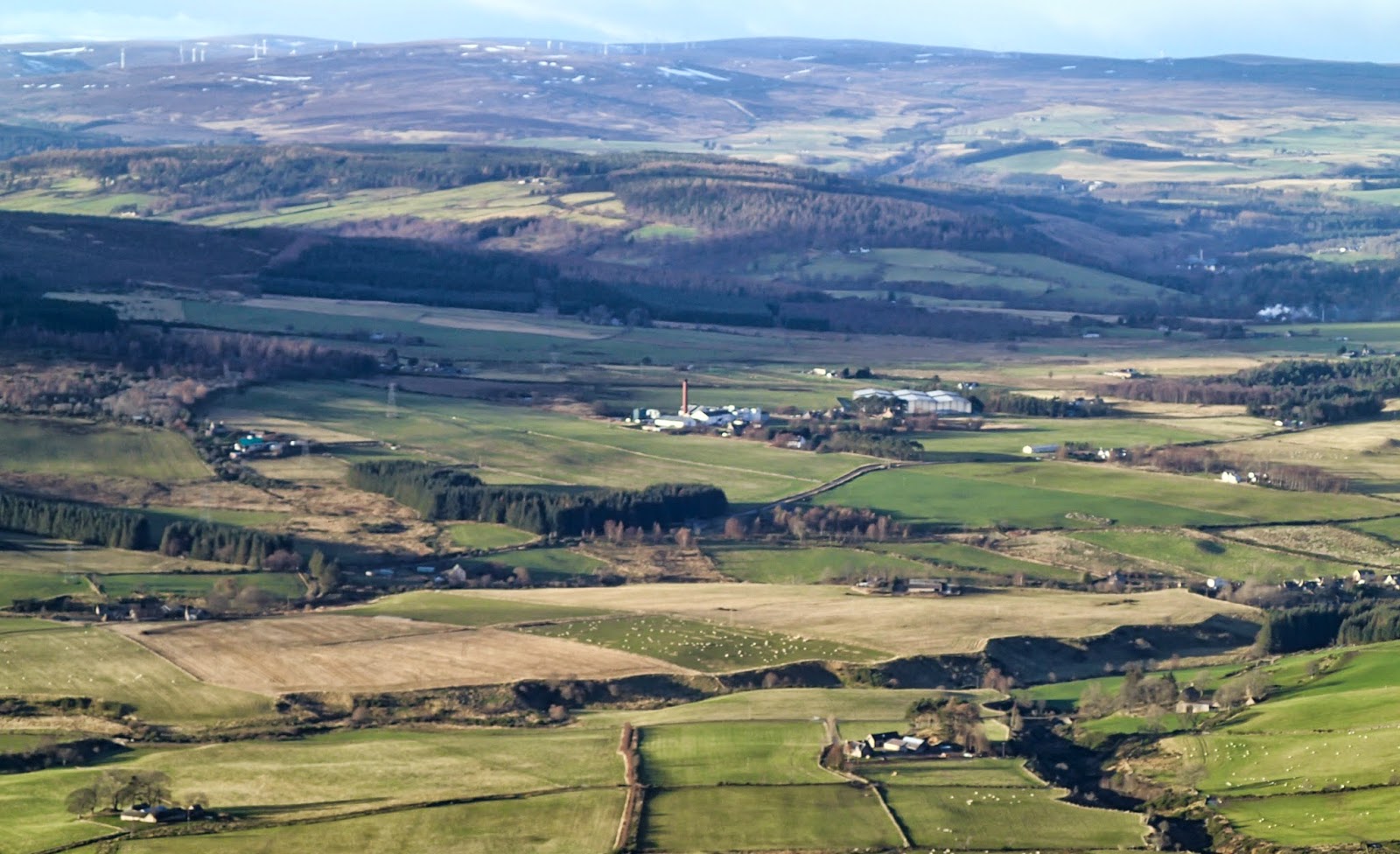 The view to the west from the summit is into the heart of whisky country and right below the hill is Benrinnes distillery, one of many I could see from here. 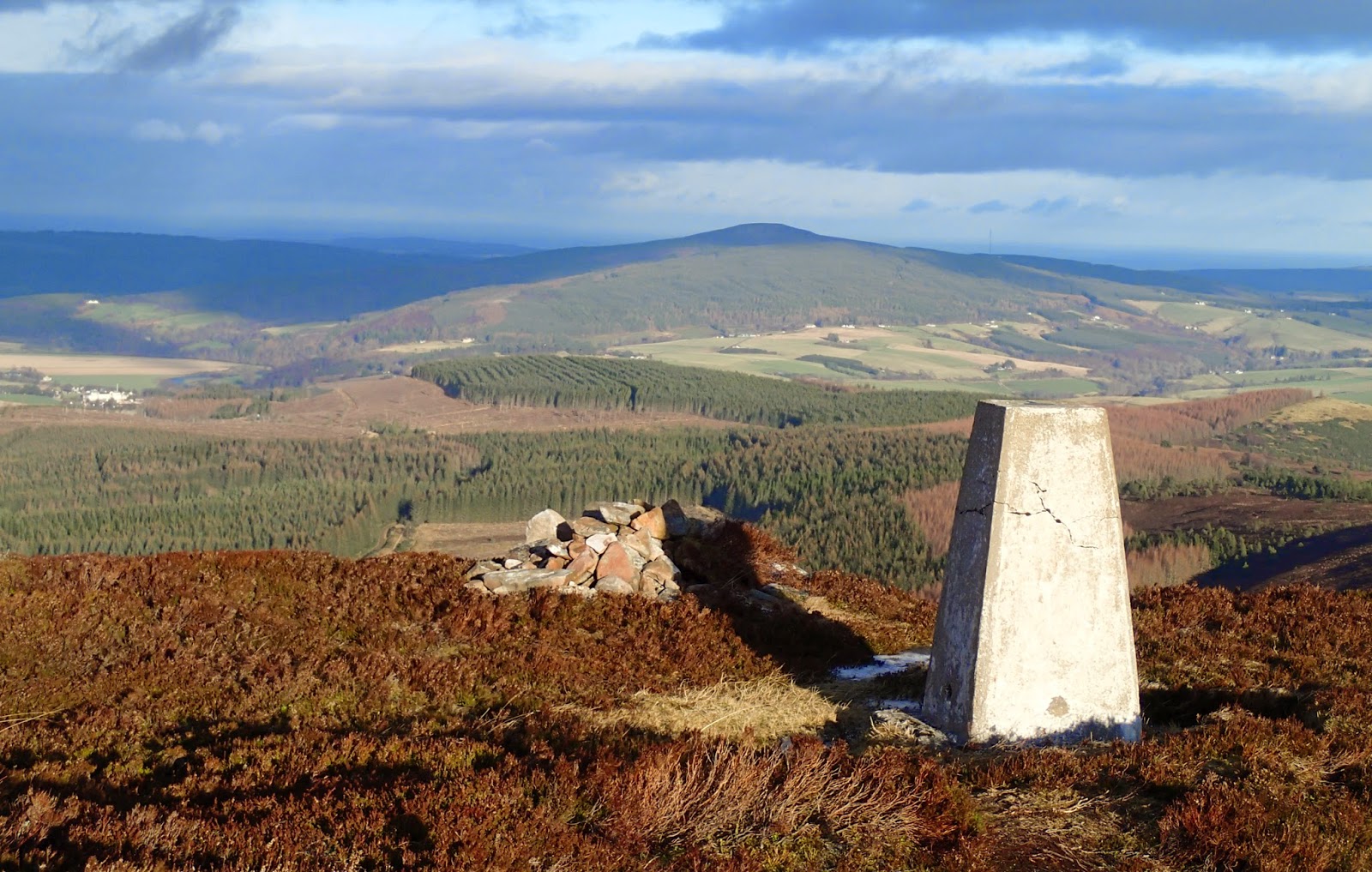 The trig pillar on Little Conval is about 100 metres north and below the summit itself, a position which has a much wider view than the domed top of the hill.  There's a good view of Ben Aigan a few kilometres to the north, and I hoped to climb that hill later in the day...... 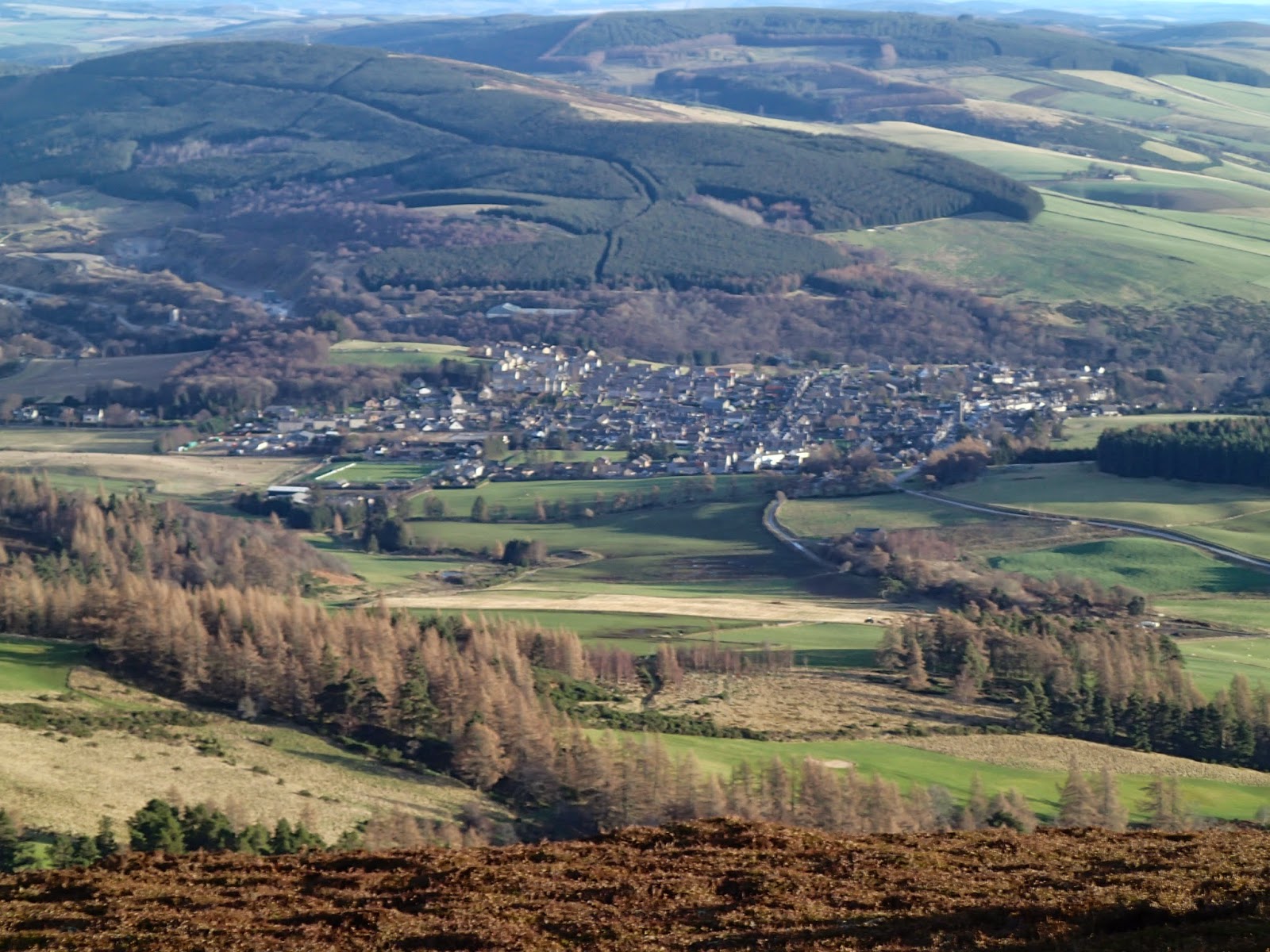 ...but first I had to get back down to my starting point in Dufftown.  the path I took skirts the top of the golf course and requires some picking through rough ground and a wood lower down, a better option would probably been to have gone back down to the bealach separating the Convals and to have taken the track following the pylons to the road. 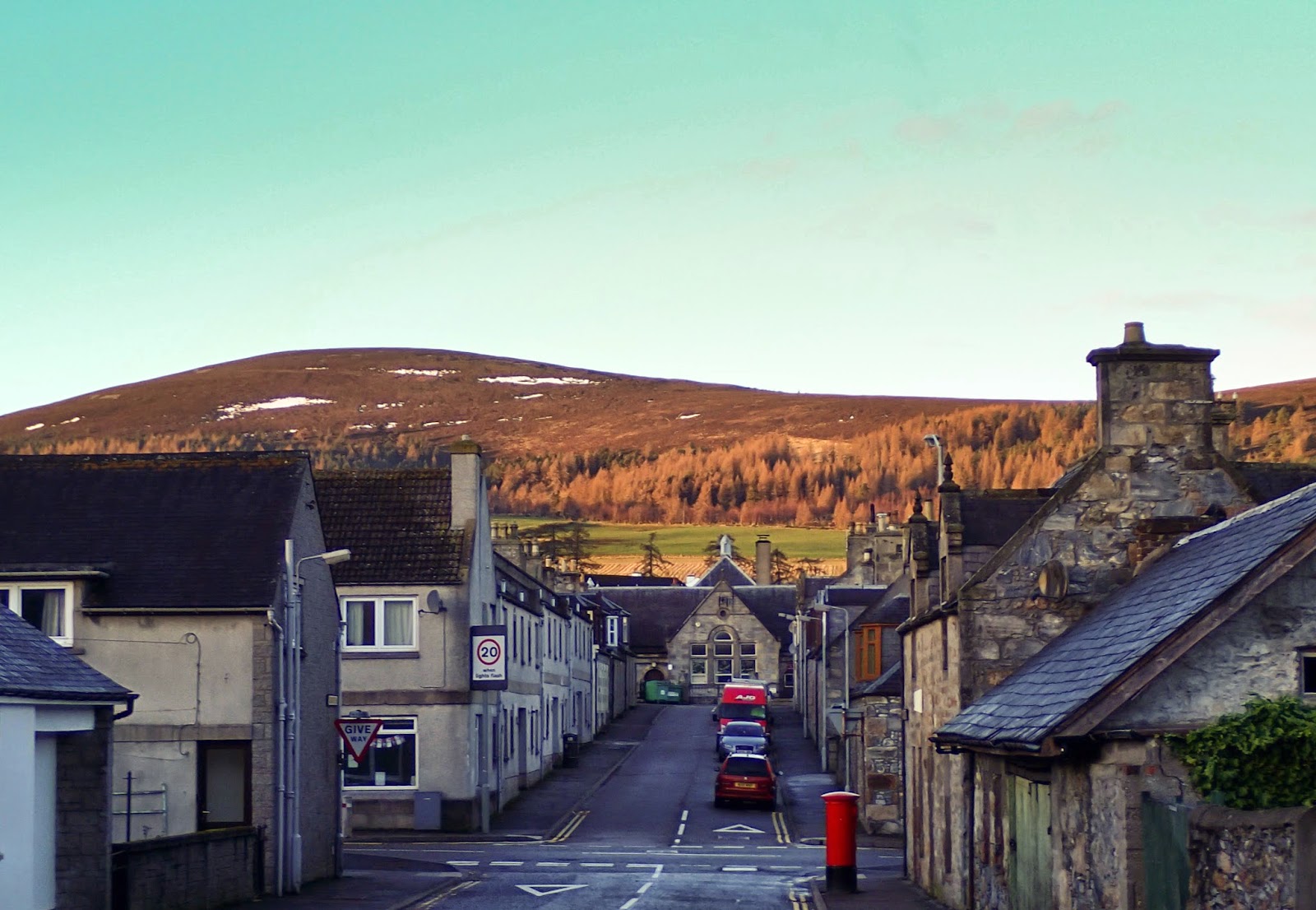 But no matter, I was back in Dufftown for lunchtime and savouring the last drop of the view of Little Conval from the town.
Posted by Ian Johnston at 11:26