A couple of free midweek days combined with a great forecast for the north west were too good to miss.  An early start from home and the scenic drive over to Aultbea on Loch Ewe and I was ready to set out by 0930.  The weather was gorgeous - warm sunshine and calm; a real "blue sky day". On such days, Ewe know it makes sense to be on the water! 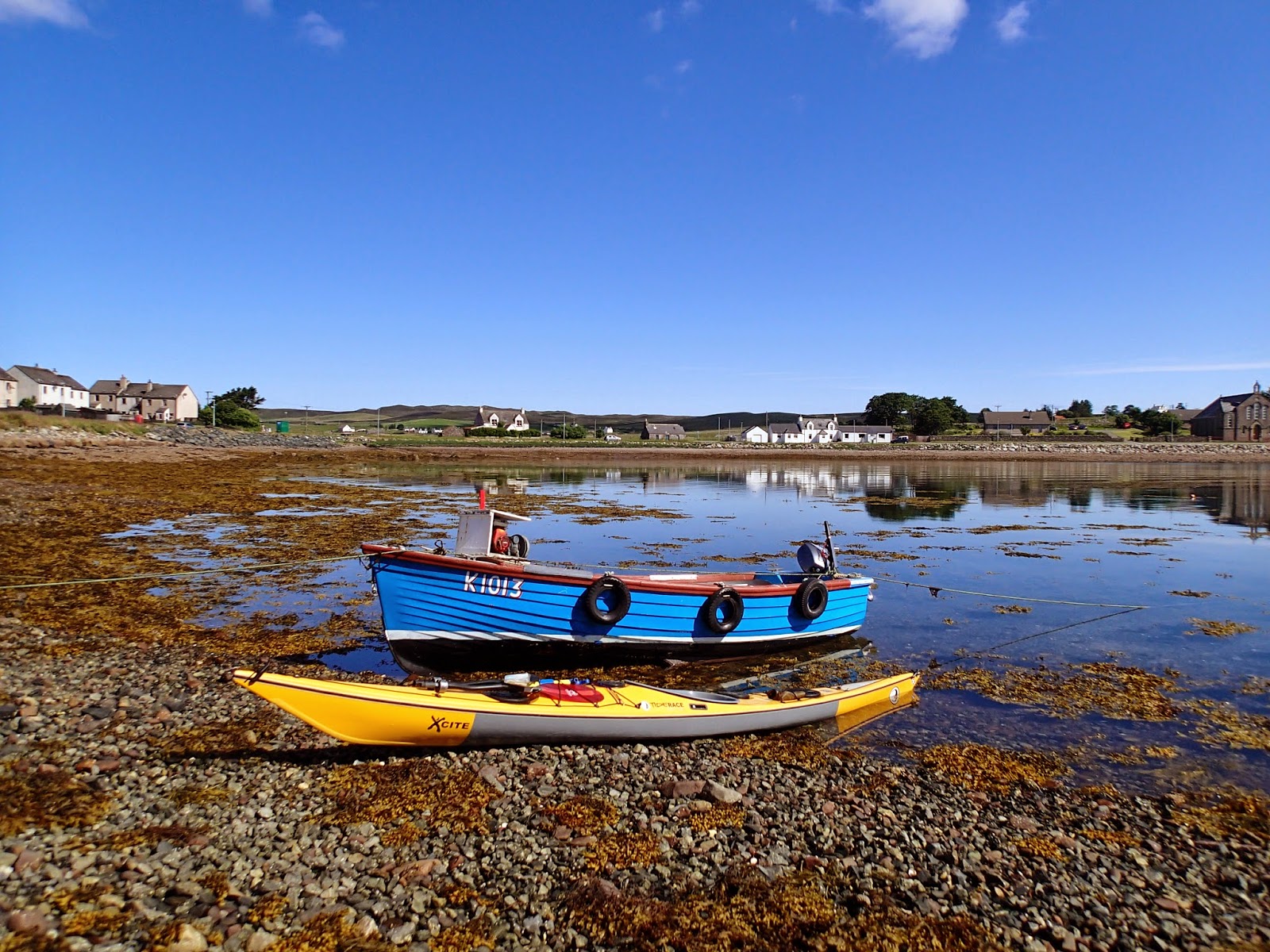 As I was packing the boat, the "Girl Amy" arrived on the slipway. Her owner is a scallop diver and had a nice catch of scallops, fished by hand using scuba gear.  Hand diving for these shellfish is both sustainable and ethical; trawling for them destroys the sea bed and is indiscriminate in nature If enjoying scallops in a restaurant I always look for "hand dived" - more expensive but so much better all round. 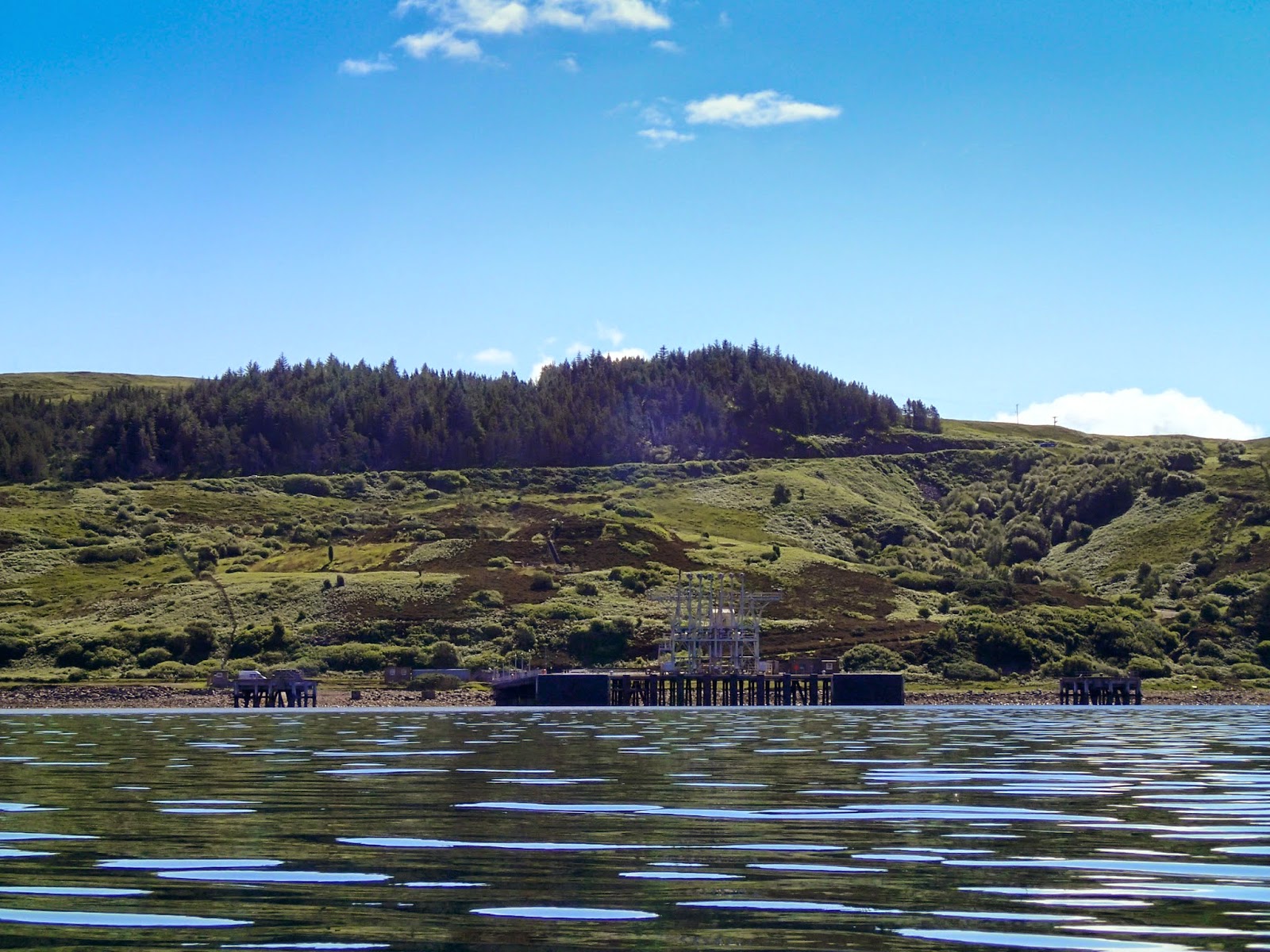 Loch Ewe was an important naval site during the Second World War, serving as one of the main  assembly points for convoys to North America, Africa and particularly those convoys destined for Murmansk.  It was also an entry and departure point for Allied submarines operating in the north Atlantic.  There is much WW2 infrastructure remaining in gun emplacements, boom defence sites and lookout posts dotted around the shores of the loch, and Aultbea was commissioned as a Royal Navy establishment, HMS Helicon.

A memorial to the Allied sailors and airmen lost on the Arctic convoys is sited at Cove, near the mouth of the loch.  Today the naval presence is almost gone, though the sheltered and deep waters of the loch are sometimes used during naval exercises, and there is a NATO fuelling jetty near Aultbea.

I headed over to Isle of Ewe, heading around the southern tip of the island, the views to the hills of the Fisherfield hills was superb.

It's become a bit of a standing family joke to point at the island as it's seen on the road between Poolewe and Laide saying "Oh look, Isle of Ewe"....to which the reply is, of course, "I love you too!" 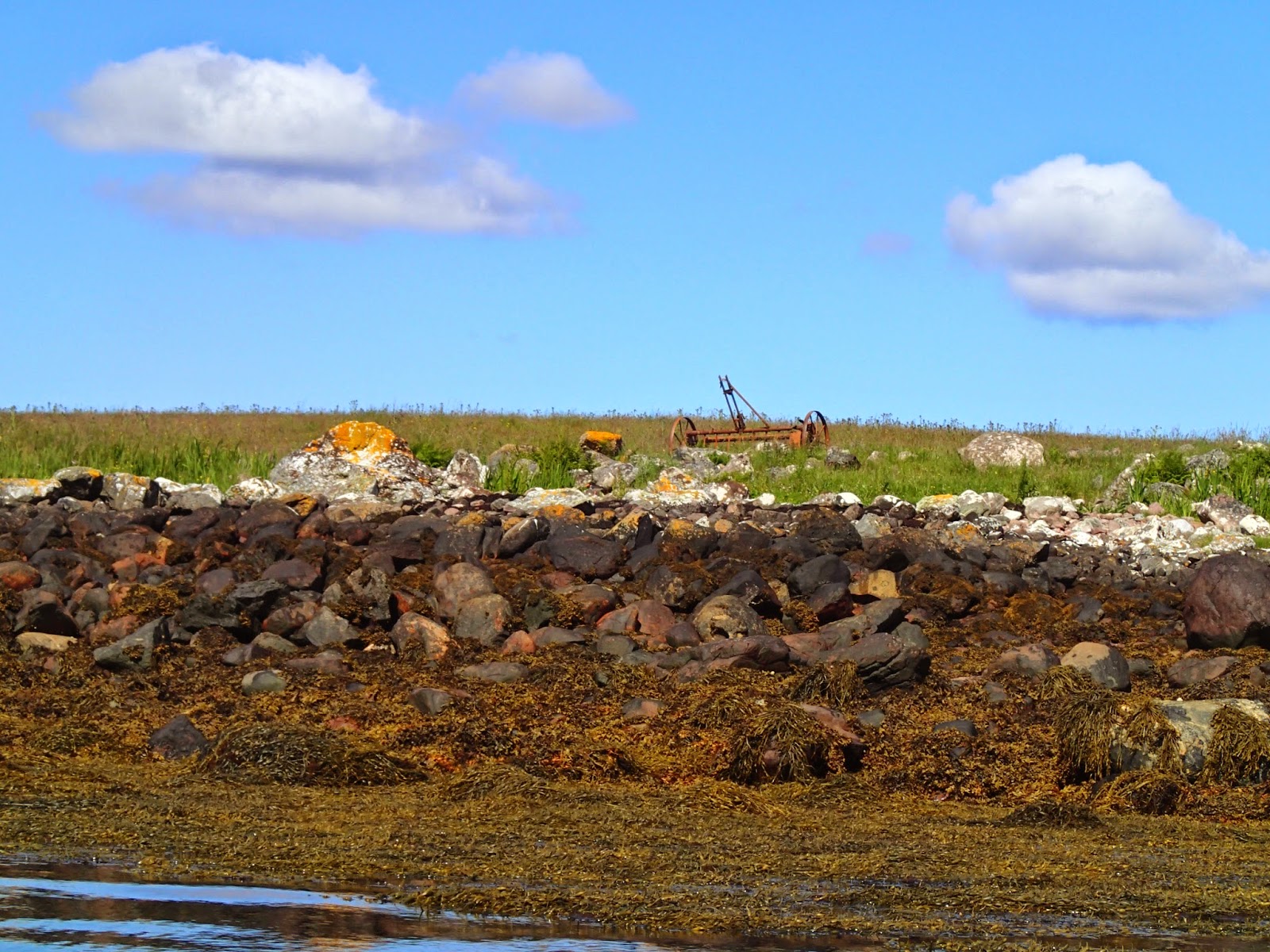 Paddling along the southern shore of the island, I saw this old agricultural implement in a hayfield above the shore and landed to take a closer look. 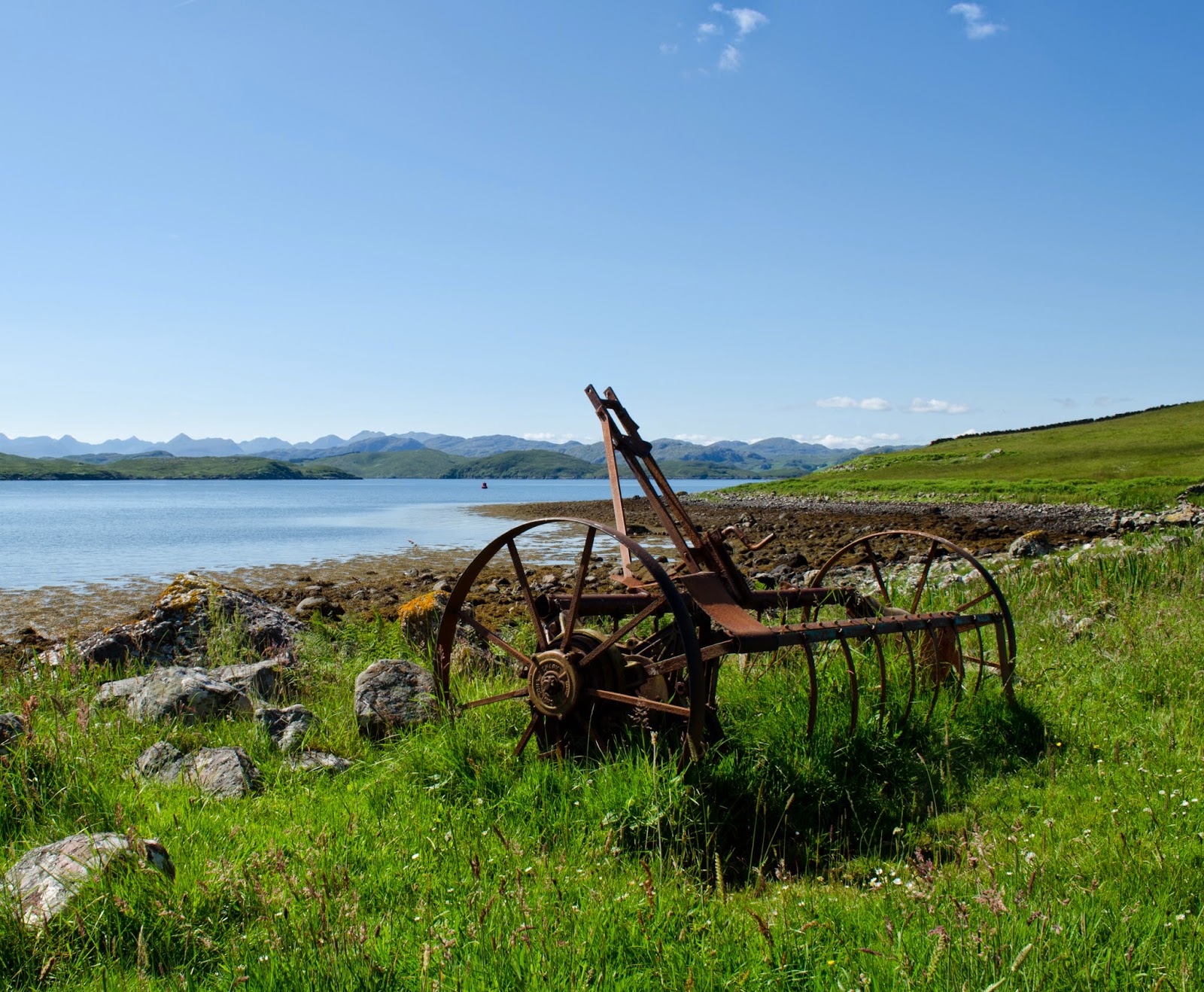 It turned out to be a Hay Tedder, a machine used to aerate a crop of cut hay by strewing it up in the air. 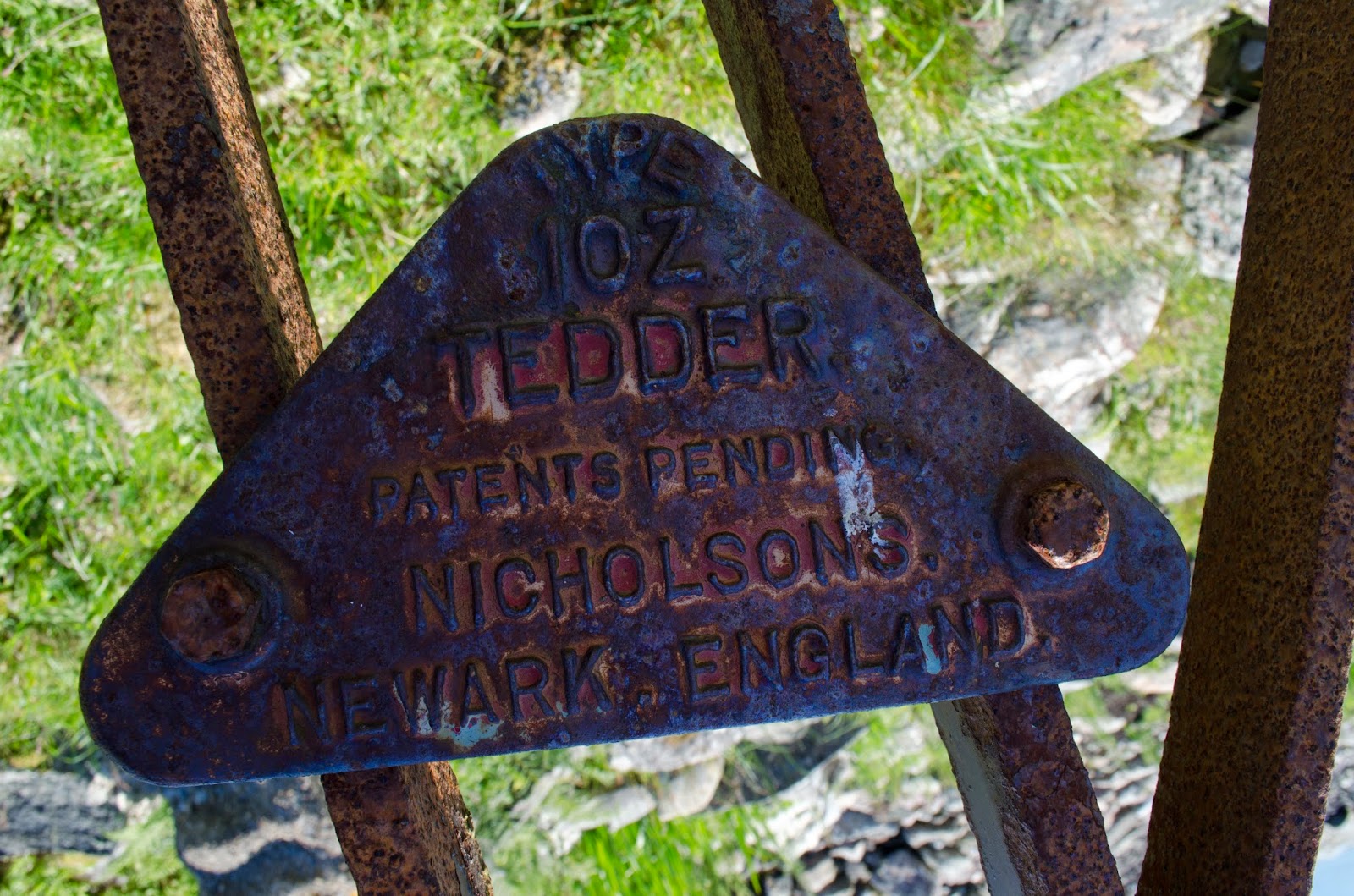 Stamped plates on the draw-bar and on the wheel hubs identified this as a Model 10Z Tedder made by Nicholsons foundry in Newark, Staffordshire.  Getting it from Staffordshire to the Isle of Ewe must have been a fair undertaking all those years ago before HGV's and good roads...... 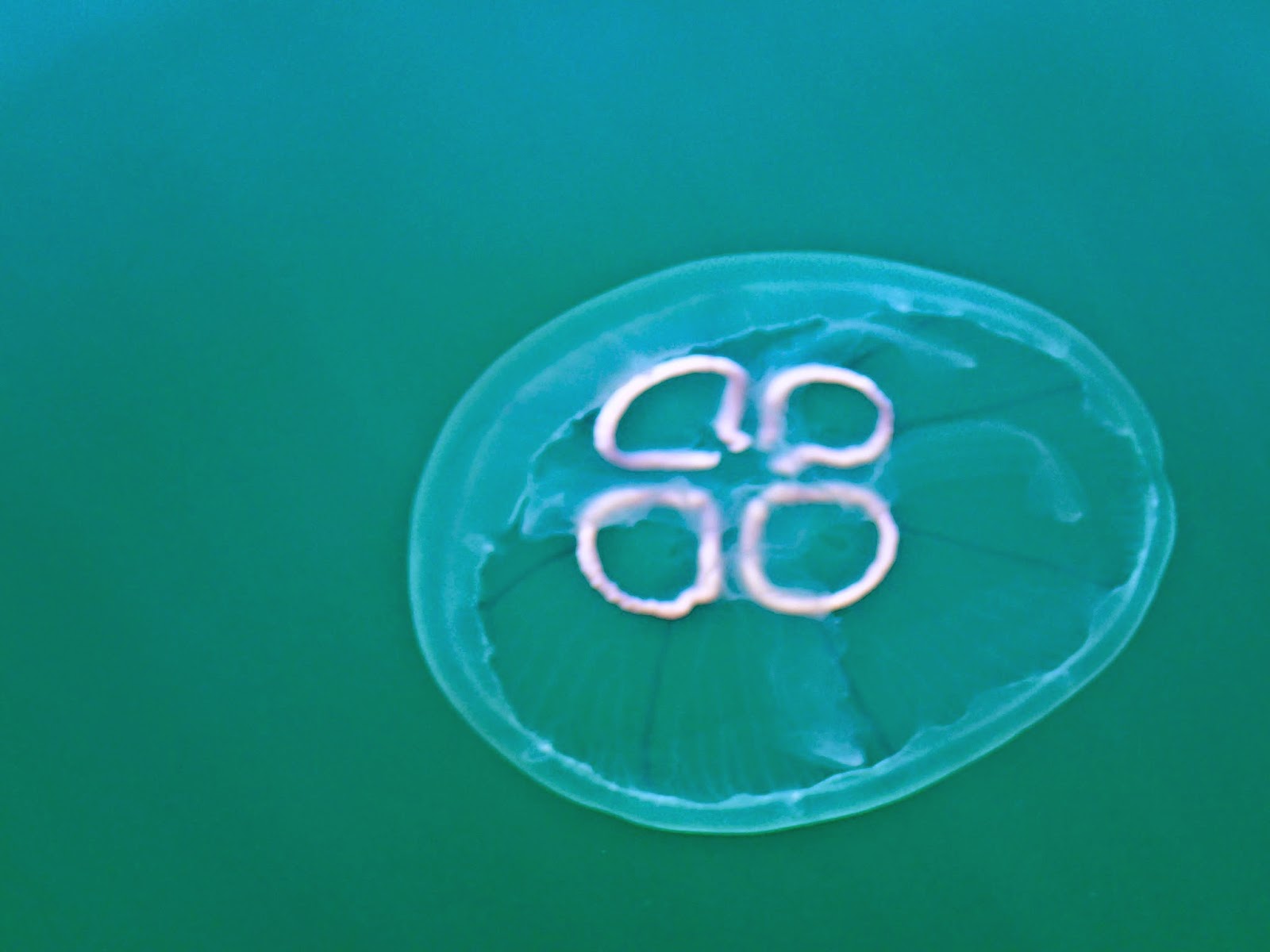 Heading across from Isle of Ewe to the western shore of Loch Ewe the water was full of Moon Jellyfish (Aurelia aurita).  These delicately beautiful jellies are the most common around UK shores and occur in vast numbers at certain times of the year.  They have stinging tentacles but the stings aren't powerful enough to penetrate human skin; perhaps as well given the numbers shoaling here! 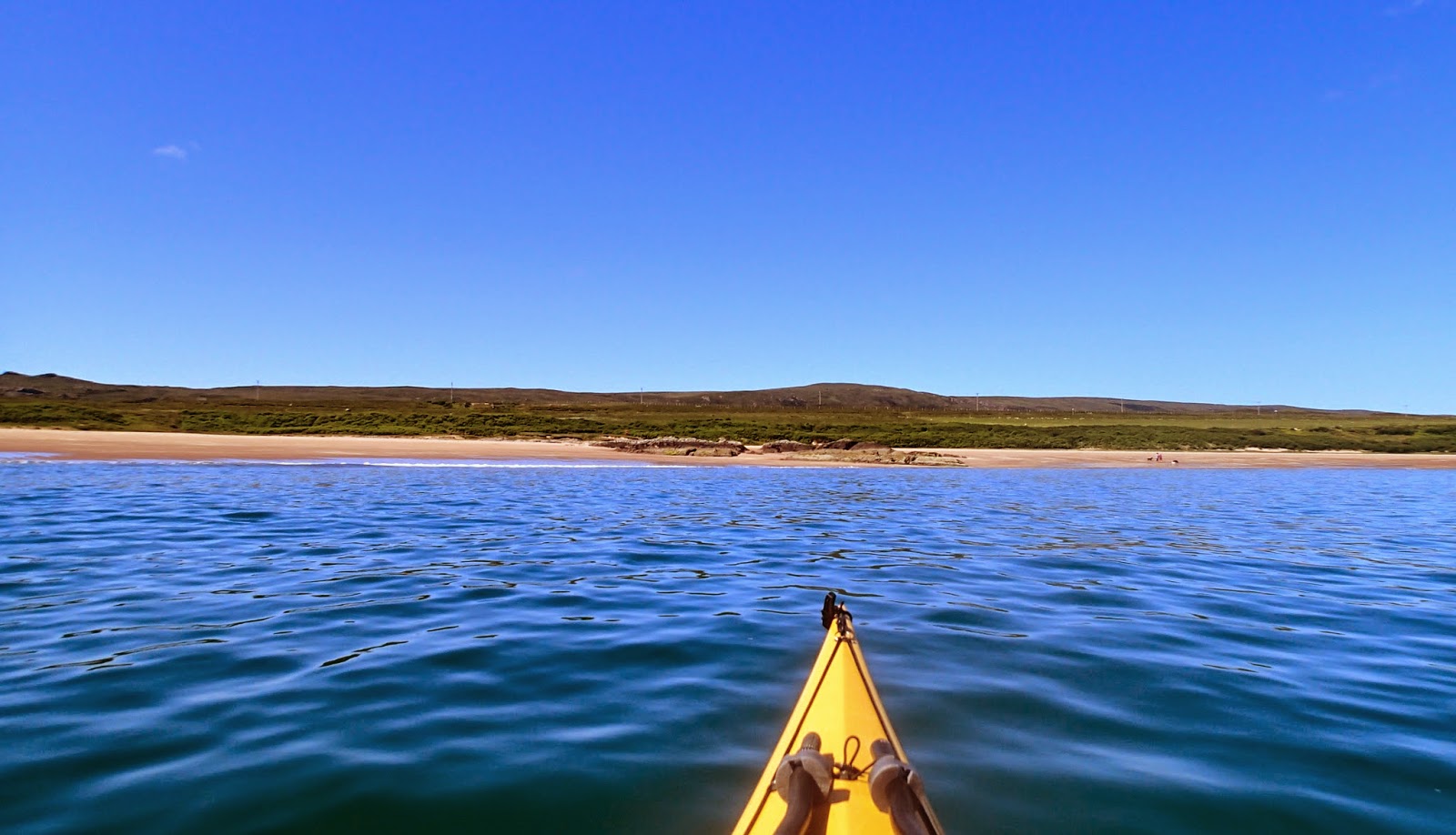 The sun was now very hot and glaring off the calm surface of the loch.  Ahead of me, a sight of a sandy beach was too tempting to resist; a quick vote was taken and by a unanimous vote of one, first luncheon was called...... 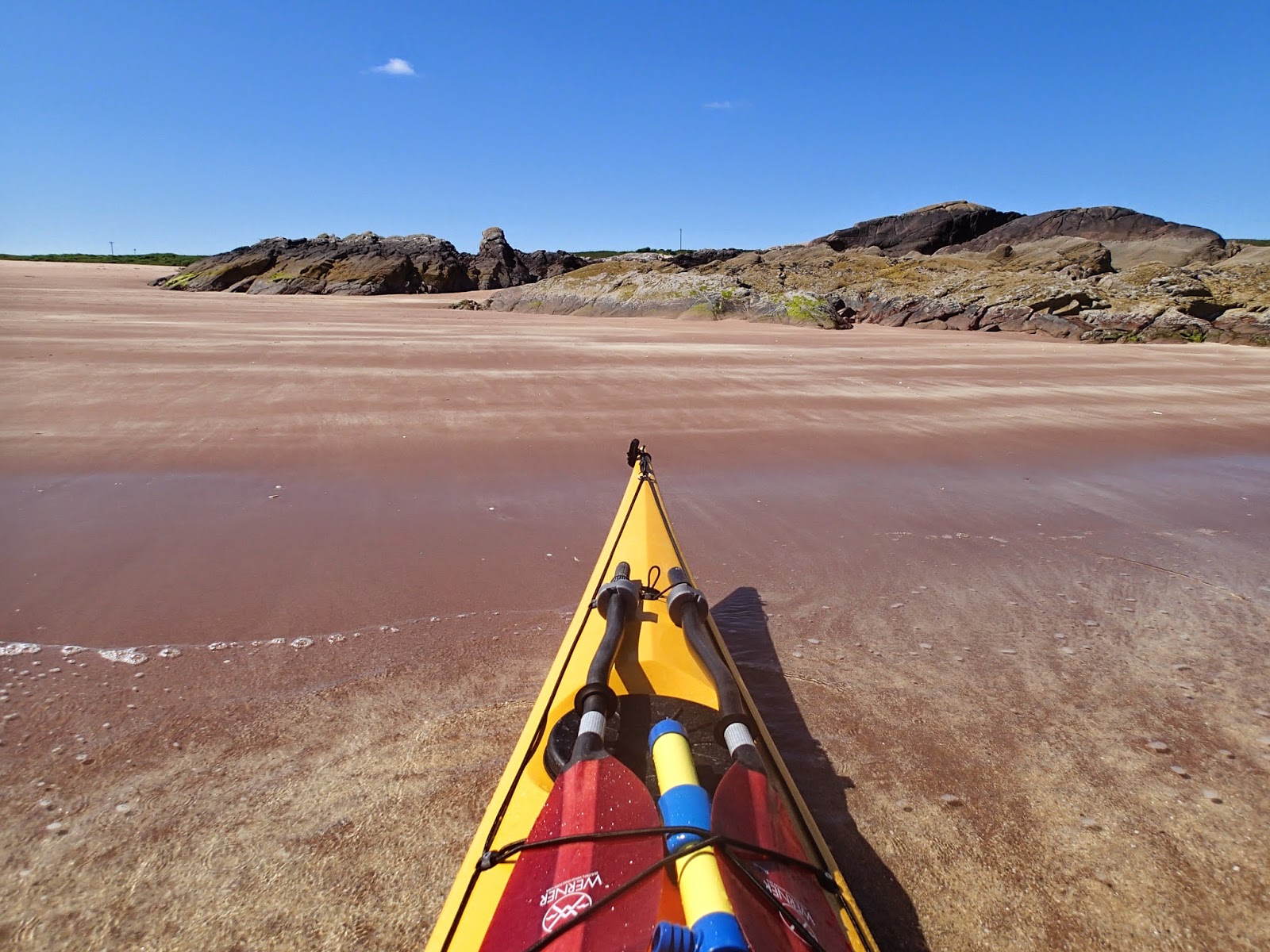 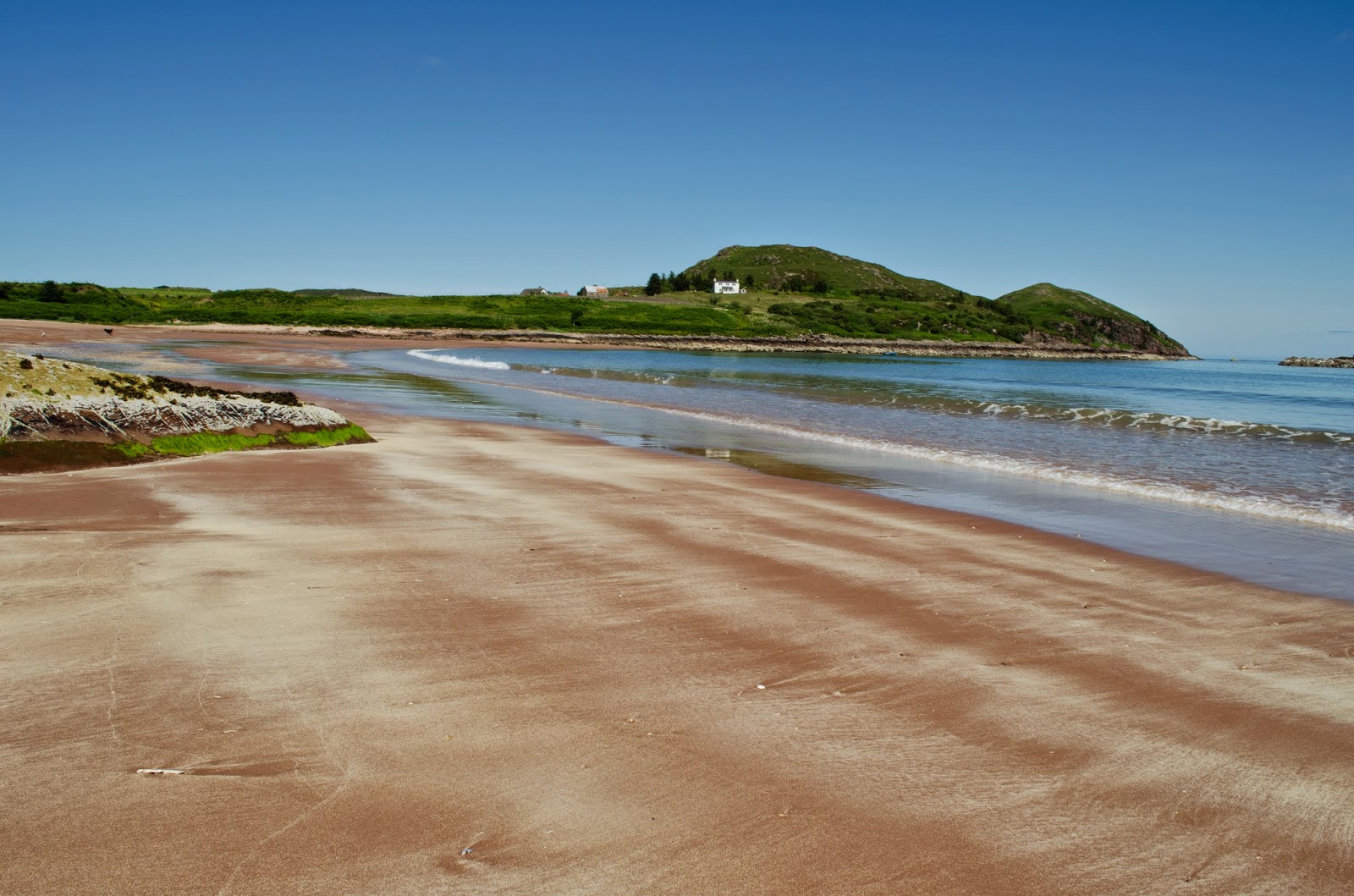 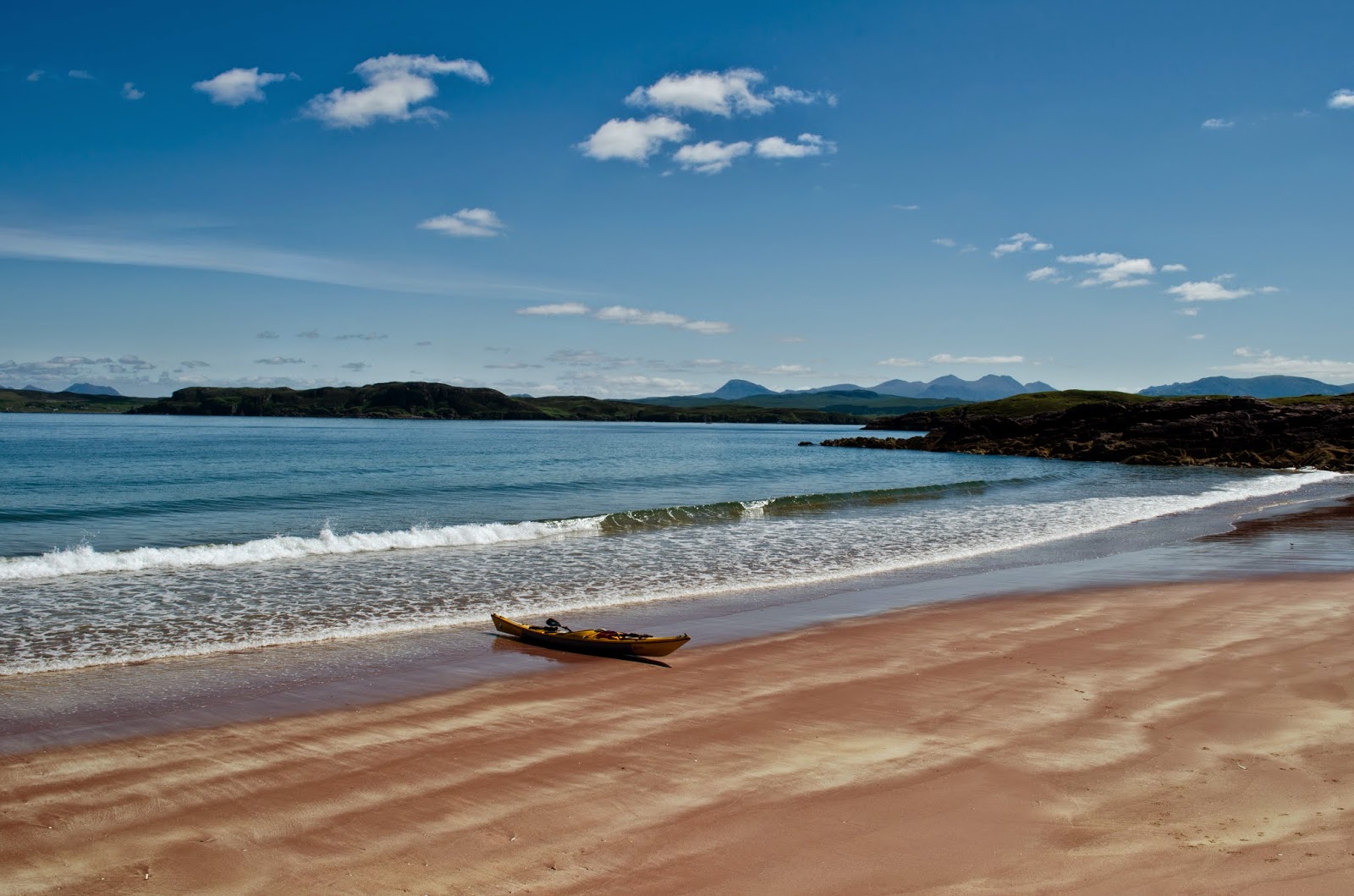 Ewe know, there have been worse places to take luncheon!  Note the complete absence of wind in this image; it wasn't to last......