The 30 hour adventure - cooling off, slowing down 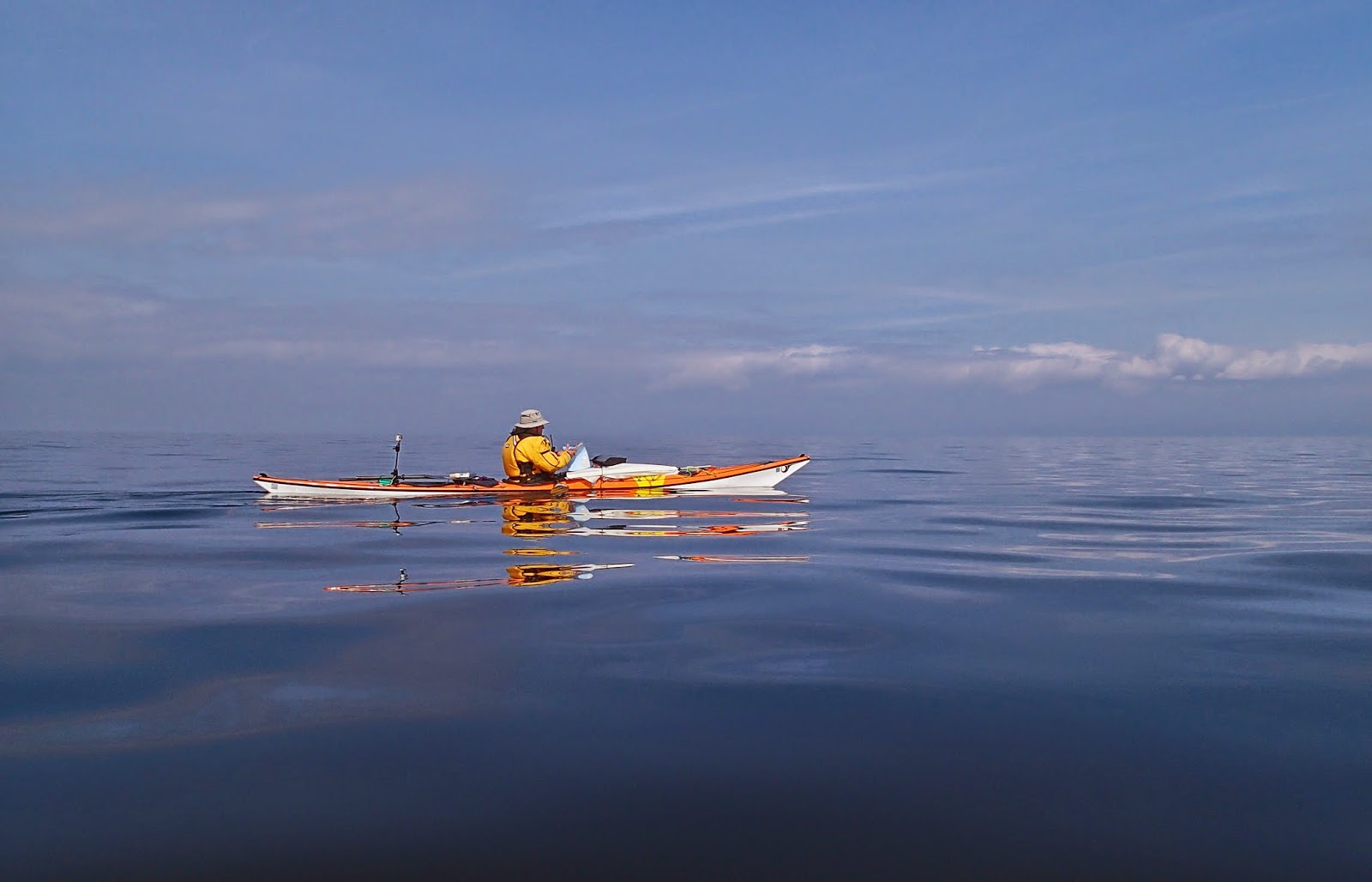 As we paddled across the Sound of Bute from the Cock of Arran towards Inchmarnock the heat gradually increased.  Before long we started to get uncomfortably warm and from about 45 minutes into the two hour crossing we simply boiled in our drysuits.

We had considered removing drysuits prior to this crossing, but the sea temperature was still at a Spring value of 7.5 degrees Celsius and as we were to find in due course would quickly become numbingly cold.  The air temperature continued to rise as the morning went by and approaching the end of the crossing was at 18 degrees in the shade, much higher out on the water. 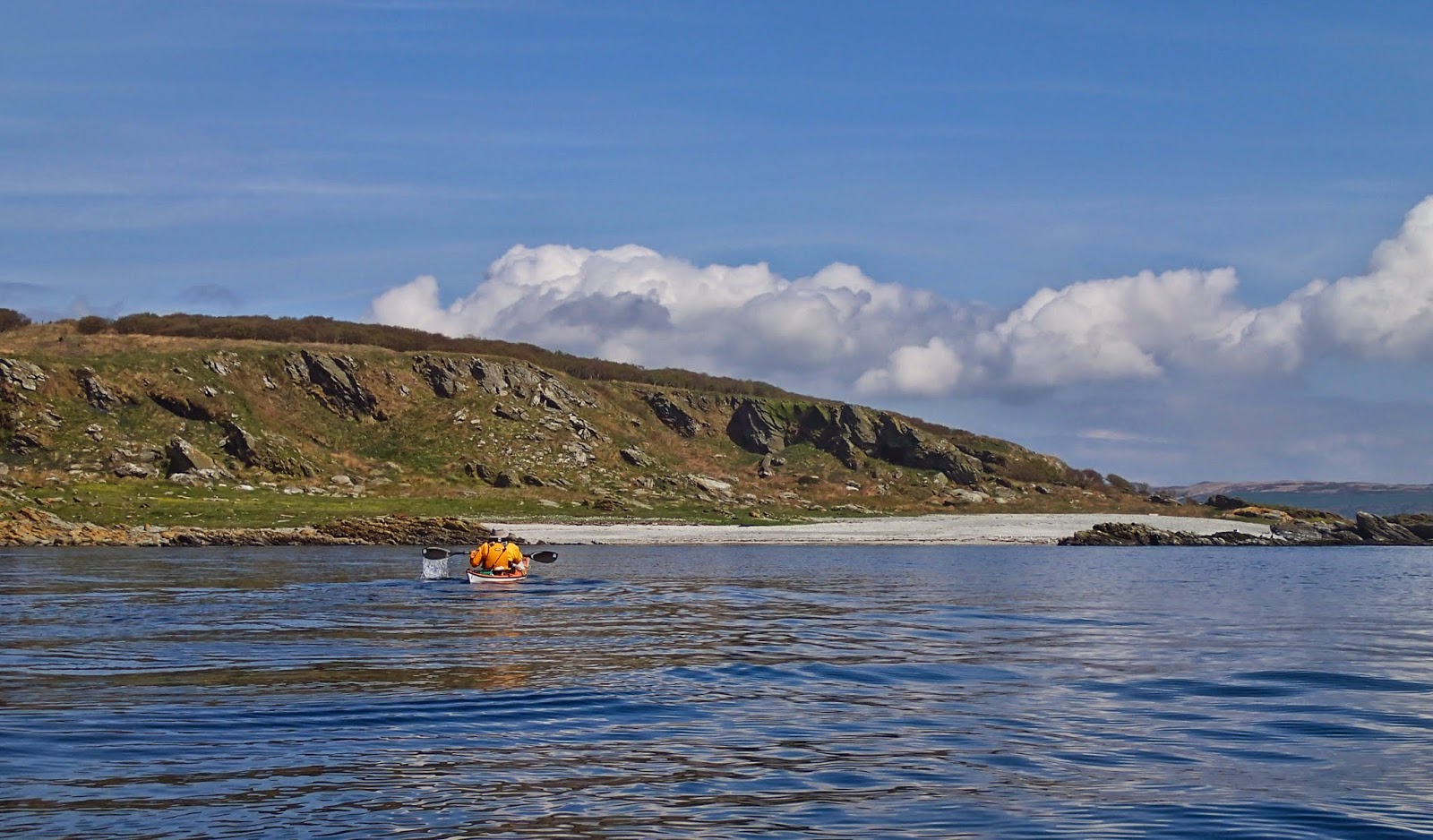 At last we approached the prominent beach near the southern tip of Inchmarnock (Marnoc's Island - Marnoc was an Irish monk who came to the west of Scotland under the leadership of Columba.  He gave his name to many places in the borders and south west including the town of Kilmarnock.  He died in 625 AD).  A flight of Greylag geese took off from the shore, protesting noisily at our arrival at "their" beach.  At this point our thoughts were concentrated solely on getting ashore and out of our drysuits!

We emerged with real relief from our sweaty clothing, laying everything out on the warm stones of the beach to dry.  Douglas and I decided to take a swim to cool off - Mike pronounced us both insane....  The water was bracing but invigorating - I was fairly "zinging" when I came out to dry off.  No towels needed on this windless morning, we dried quickly by simply sitting in the strong Spring sunshine. 29th April isn't the earliest in the year we've taken a swim off the west coast of Scotland by some weeks! 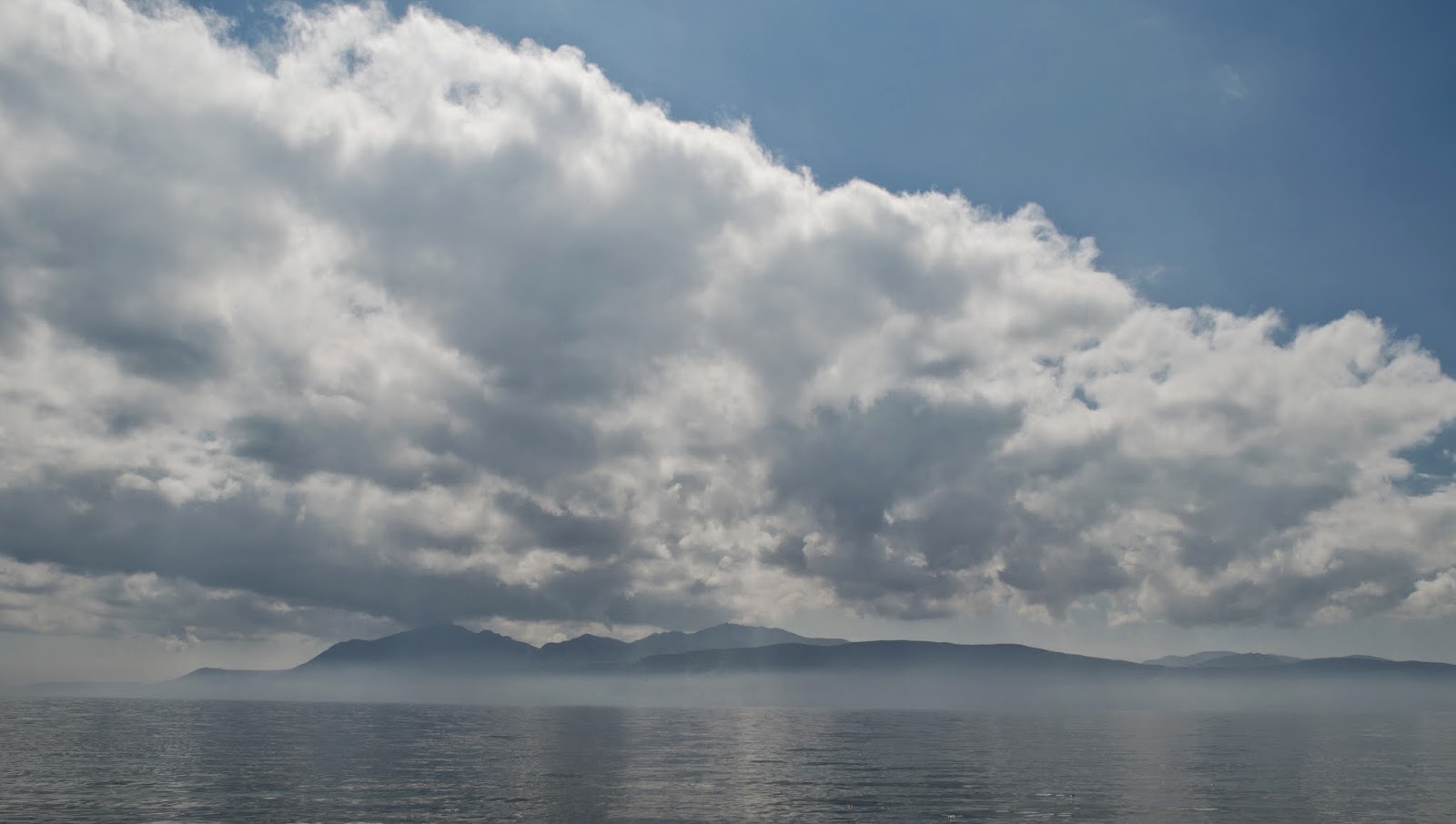 We had already decided upon first luncheon in this calm and sunny spot and to spend some time here just enjoying the sense of the place.  This being officially first luncheon and in order to aid the recuperation process following our crossing, a small quantity of Dalmore 15yo was dispensed - we found it a most satisfactory restorative.

The view was dominated byArran, shimmering in a haze across a sea burnished mercury-silver by the heat of the day, a banner of cloud steaming gracefully off the hills.  We had paced ourselves at the lower end of "leisurely" throughout our small journey, but we now hit new levels of dawdling. With  plenty of time to head back to our starting point and no imperative due to tide or weather, this new pace of things seemed to suit the atmosphere of the day perfectly.
Posted by Ian Johnston at 10:55