The 30 hour adventure - conforming to type 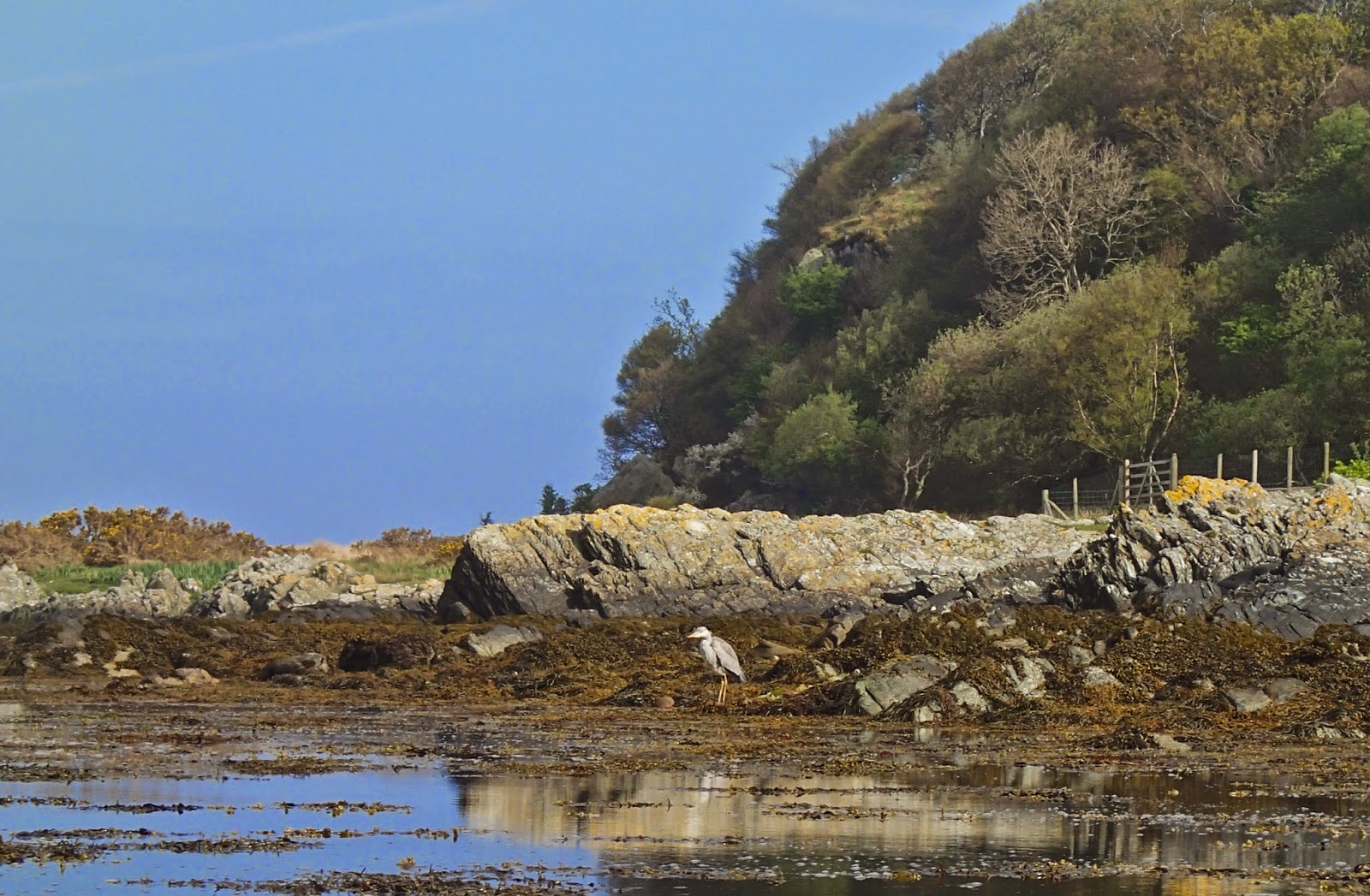 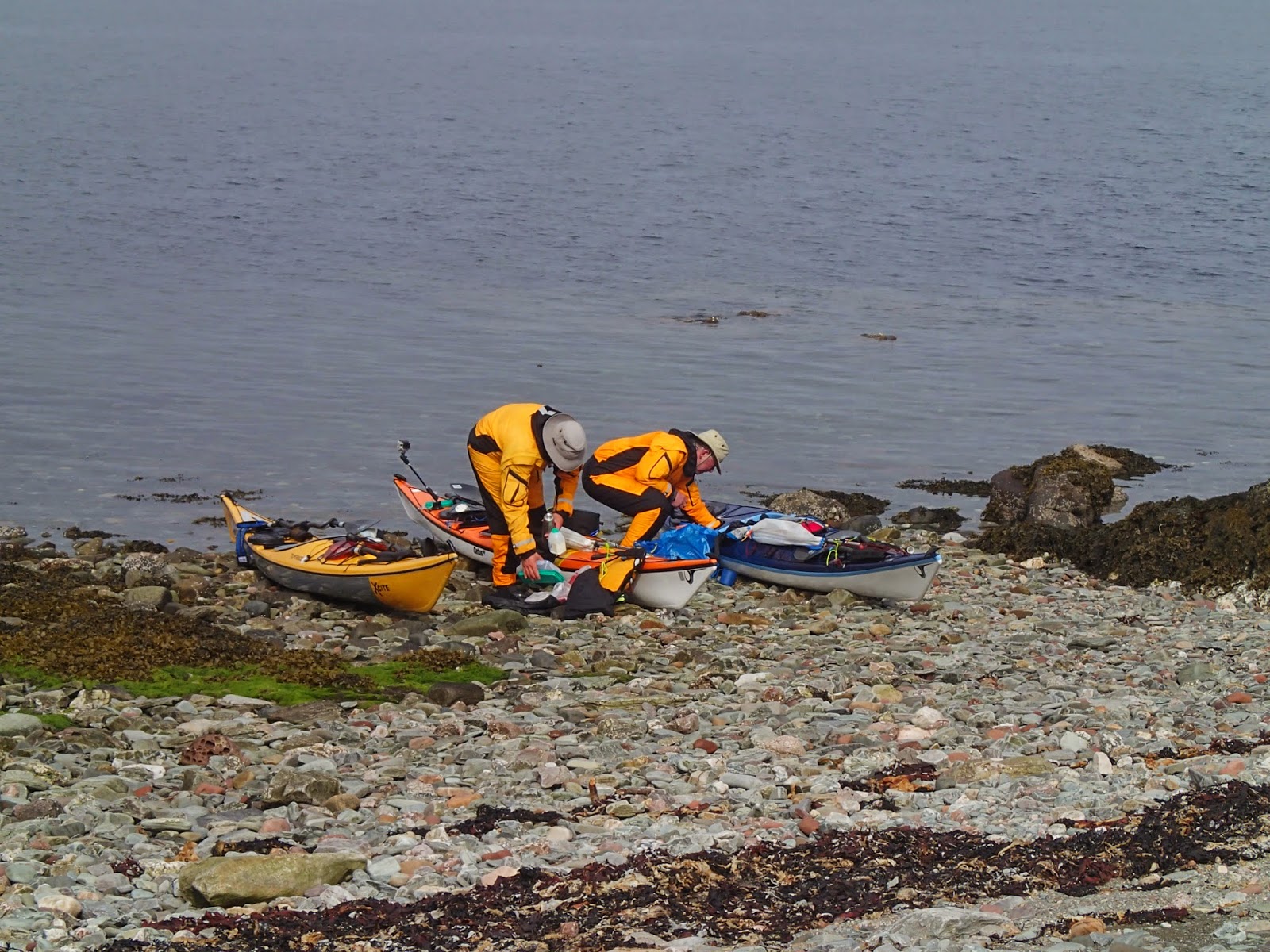 Before long we spied a gap in the rocky shore backed by a pebble beach above which a flat platform of turf was sheltered from the breeze. 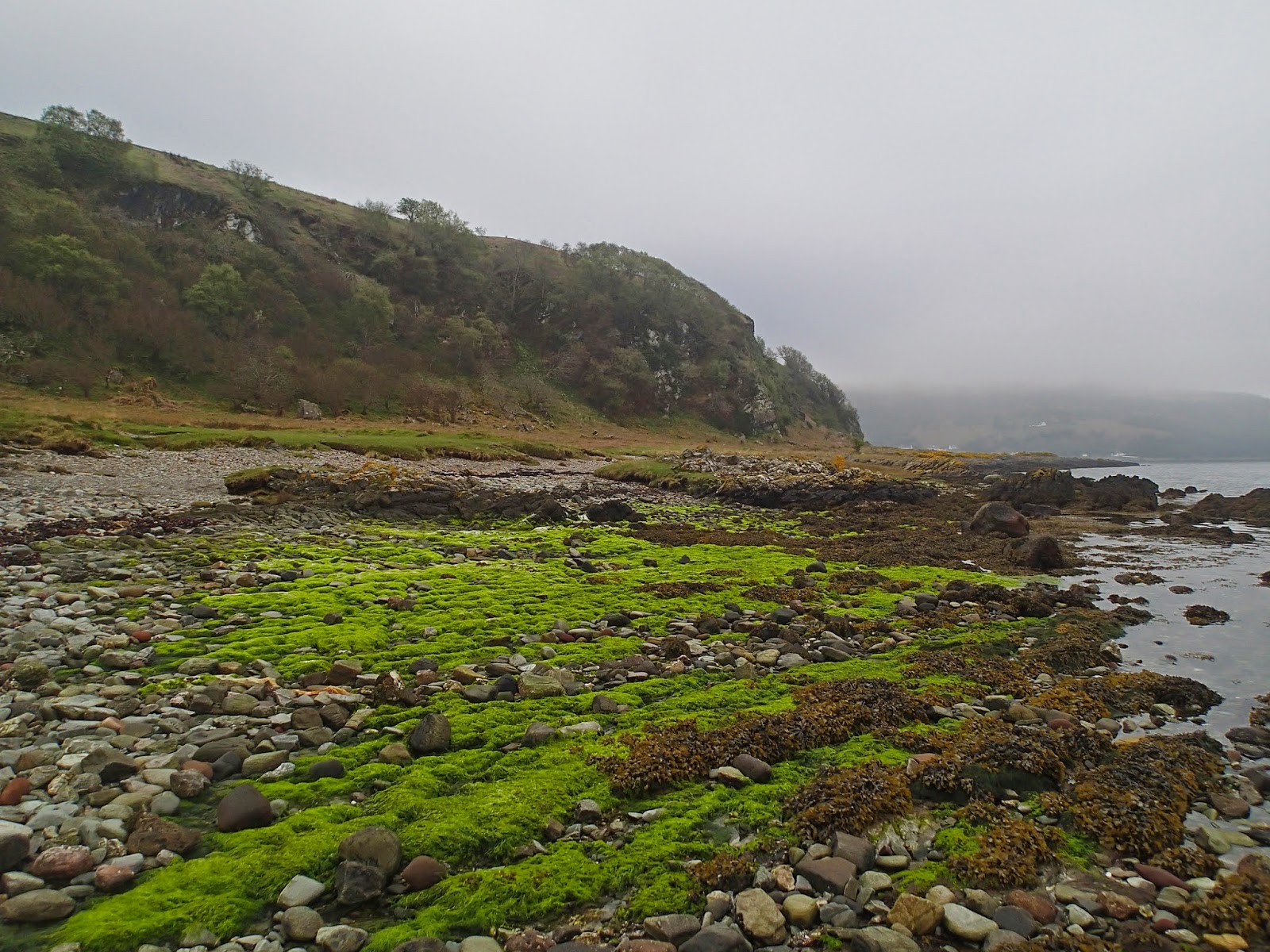 It's been commented that our trips are punctuated with second breakfasts and any amount of luncheons - we're even suspected of Hobbit tendencies in this respect!  We were about to conform to type, in an very unconforming spot....

A study of the map of this area shows an escarpment above the shoreline, not particularly unusual in itself except that this particular one is famed as one of "Hutton's Unconformities". The 18th century geologist James Hutton saw that the overlying rocks were so very different in age and type to the basal rock that the overlaying process must have taken a period of time considerably in excess of the then perceived age of the earth.  It was controversial stuff at the time but Hutton was correct and is now considered one of the most influential of the early geologists. 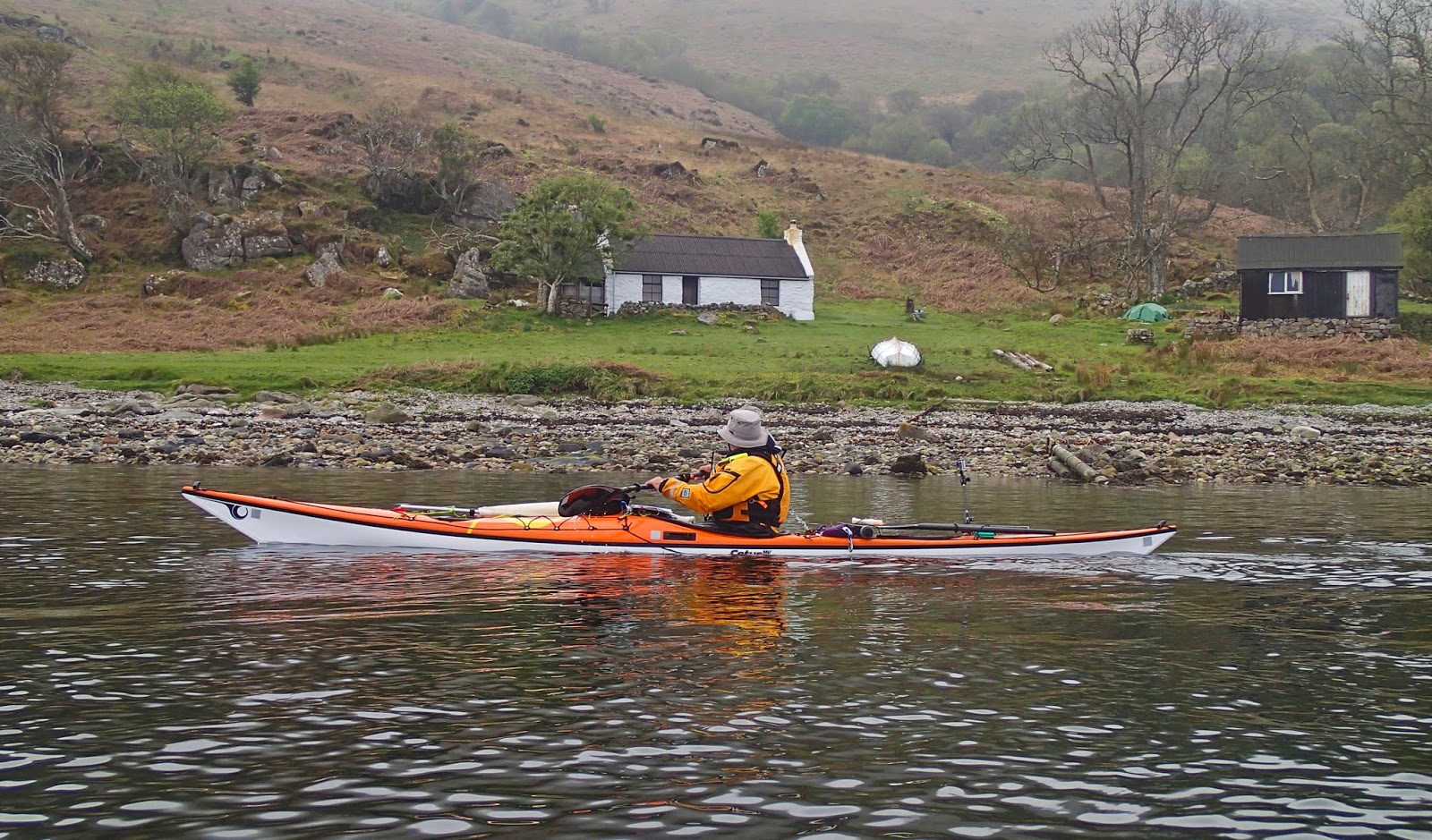 We could easily have taken an age over our second breakfast, but after food and hot drinks were consumed we returned to the boats and continued along the Arran coast past the last cottages in this area.... 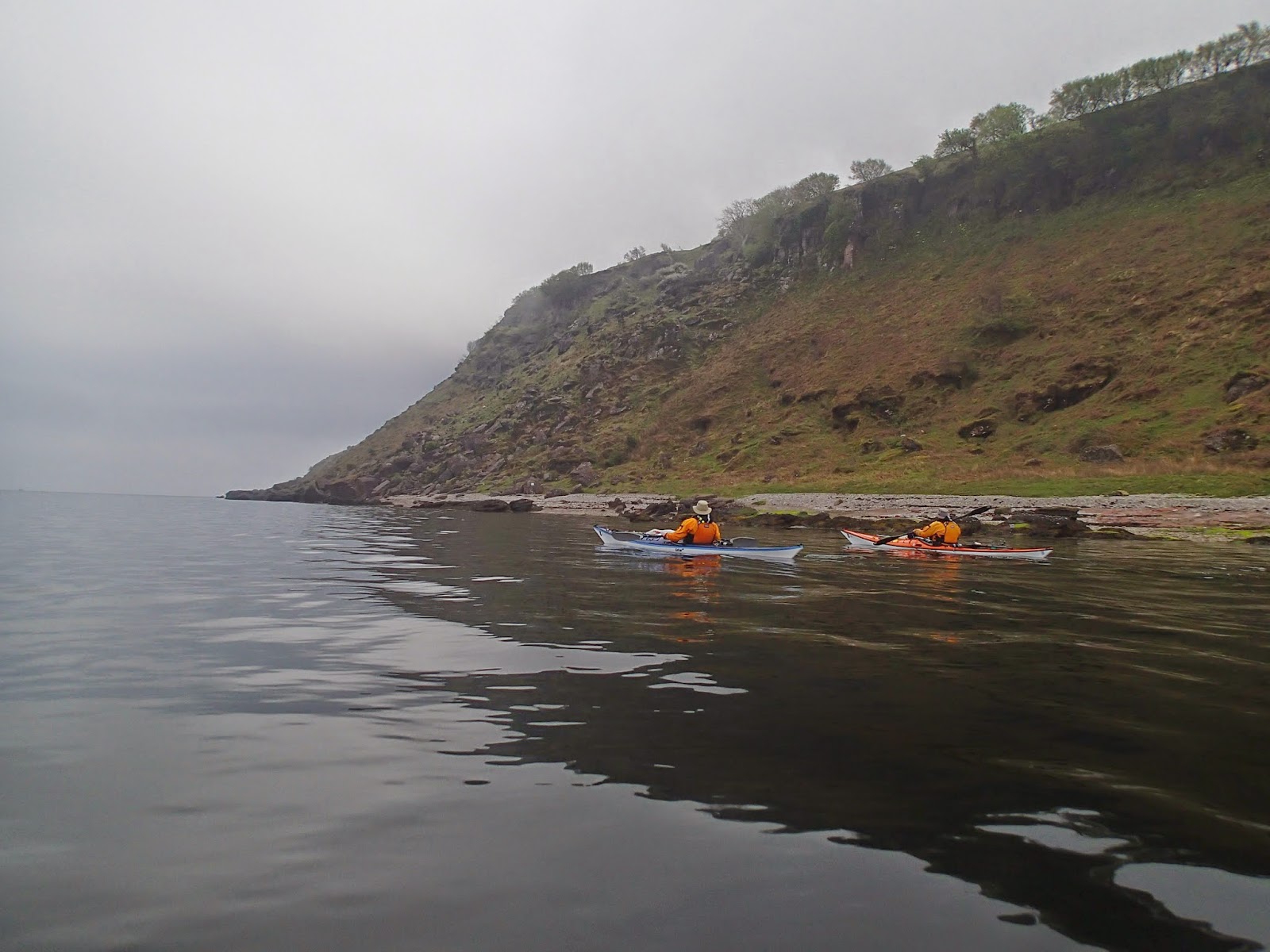 ...and along a wild shoreline echoing to the trilling of Sandpipers to the Cock of Arran.  Here we were at the closest point of land to our next destination, the south tip of the island on Inchmarnock, a crossing of some 10 kilometres which would take us about two hours.. 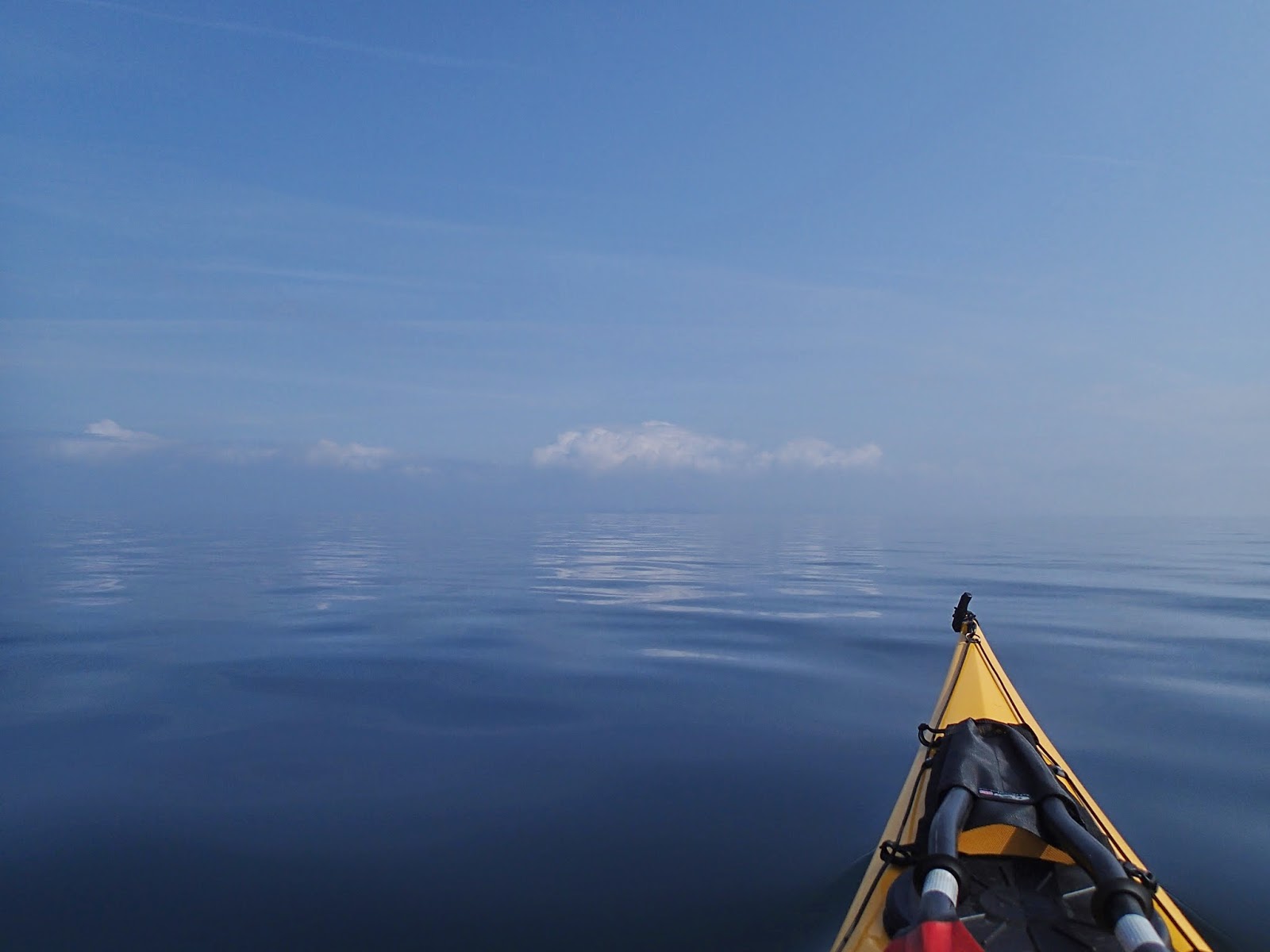 As we pointed our bows to the north east and headed away from Arran we cleared the mist clinging to the island and moved into full sunshine, pleasantly warm on the face - at least initially.  Our destination was just discernable across a glassy sea.
Posted by Ian Johnston at 18:30