A Fyne afternoon for a swim 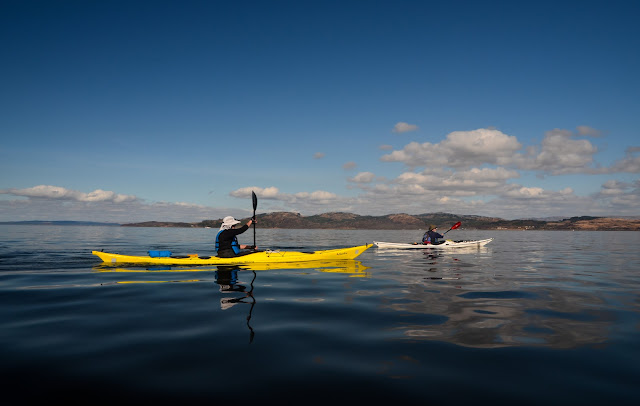 Replete and refreshed from our second breakfast in Tarbert, we headed south down the Kintyre shore before crossing back to the Argyll shore of Loch Fyne.  Conditions remained absolutely perfect with calm water and warm sunshine - we had to keep reminding ourselves it was still March! 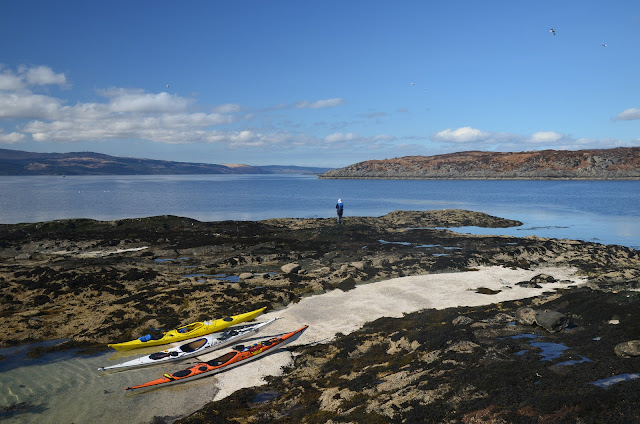 Close by the Argyll shore we landed on the tiny island of Sgat Mor (the name is possibly Big Skate after the fish).  We were delighted to find this tiny shell sand beach on which to take a leg-stretch.  We didn't stay long as the island is home to a colony of Great Black Backed gulls who voiced their displeasure very forcefully.

Sgat Mor has a small navigation light in a tower on the highest point, and for good reason.  It seems to have been a regular shipwreck site and even with the light has seen groundings, the latest in 1994.

Our plan for the day was to reach our intended camp site early in the afternoon so that we could take some time to just enjoy the great weather, rather than cranking out distance.  Soon after leaving Sgat Mor we arrived at a spot we'd scoped on the way past the previous day.  Donny was already there and had enjoyed a doze in the sunshine; you'll be able to see this trip in video on his Youtube site. 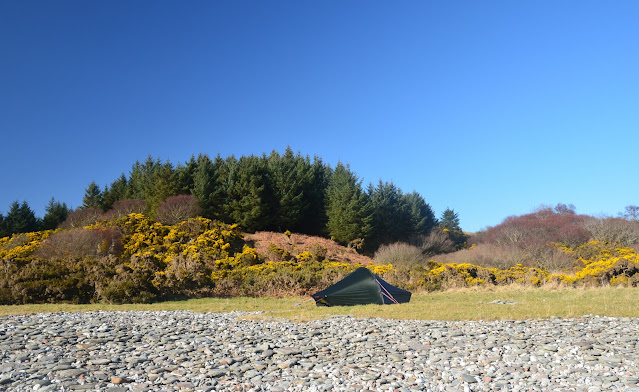 We soon had the tents up on a patch of turf above the beach, which was backed with colourful early Gorse and alive with birdsong.  A couple of hours were spent just relaxing, collecting firewood and airing out kit.  As is the way of things, the time slipped by really pleasantly doing, essentially, not a lot.  This is an important part of these journeys for me, when all that's necessary is to keep fed, warm and comfortable all life's other hassles and stresses can be put on hold as doing pretty much nothing takes up all my time. 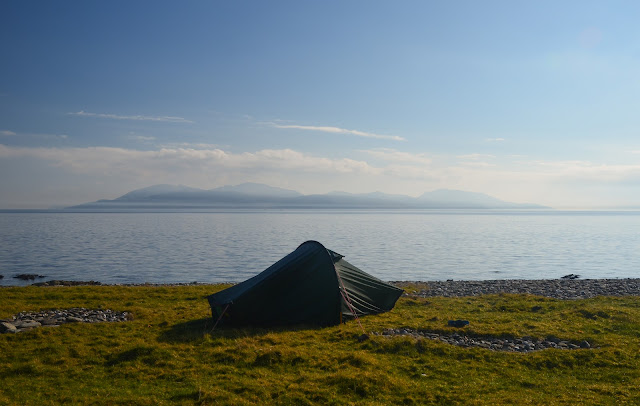 Our camp looked straight across to the hills of Arran which were in a blue haze.  Strips of sea mist around the north of the island made it appear to be floating above the sea rather than rising from it. 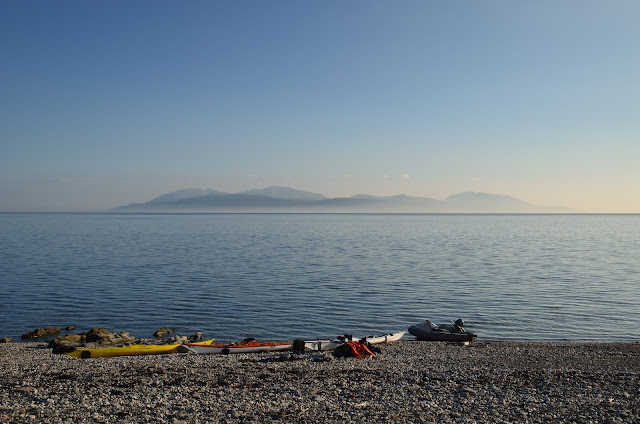 As the afternoon wore on the warmth increased and the light took on a lovely quality.  We were all rather warm in just t-shirts and light trousers and so a swim was debated..... 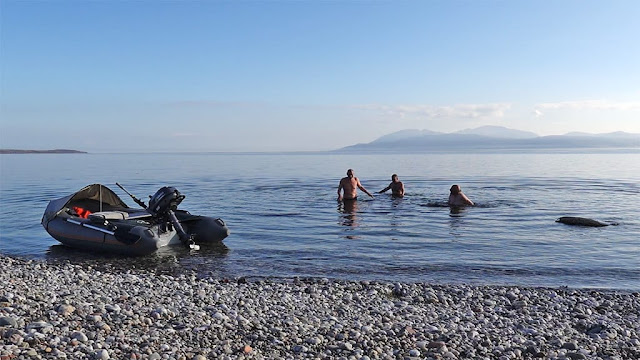 Donny, Allan and I took the plunge and can report that the water was on the bracing side of refreshing, but that once immersed it was a brilliant experience.  We emerged invigorated and dried off in the warm sunshine.  Only once have I swum in the sea earlier than 25th March and that was in similar conditions in the Sound of Arisaig - in February of 2013! 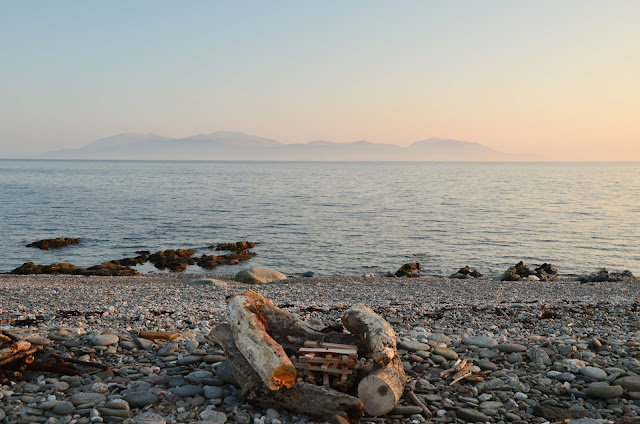 After getting dressed and cooking a dinner of  home made Spaghetti Bolognaise courtesy of Raymond, we built the fire using some larger logs to contain and reflect the heat.  The early evening light was promising something special, so we finished all our camp chores and prepared for the light-show.
Posted by Ian Johnston at 19:53