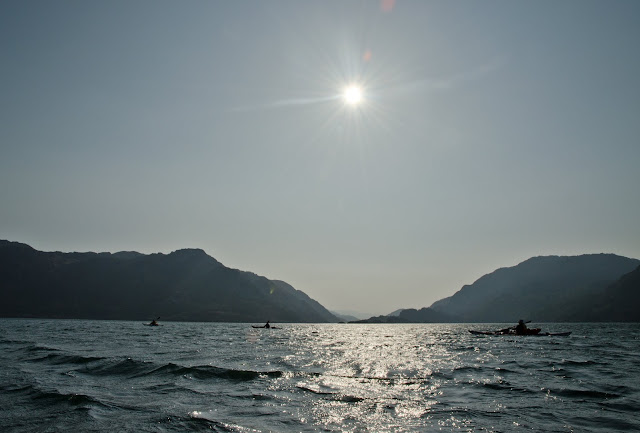 The wind was already quite brisk when we got on the water, the warming effect of the mid morning sun more than countered by the cool easterly wind pouring out of Loch Moidart's North Channel.  We've found this to be an area which often funnels wind between the mainland and Eilean Shona, most noticeably in a easterly. 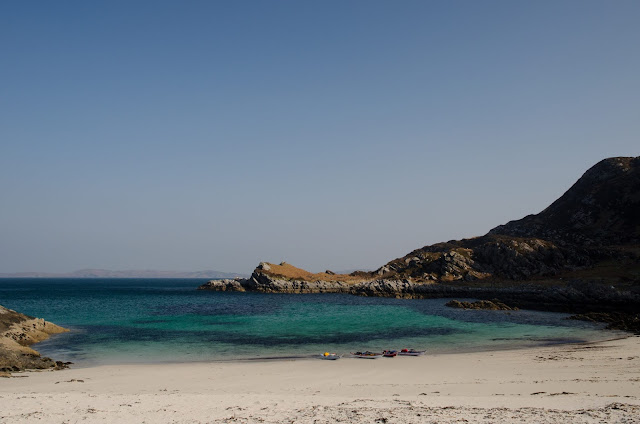 Although our day's paddle would be quite short there was still plenty of time for a stop along the way - white sand beaches are hard to pas by!  This one's a regular stop for us and was one of the camping options we'd considered, but not used.  There's good reason for this; any time in the "season" (although for us this is year round!) the place gets over used by groups.  As this was the second day of a holiday weekend we'd anticipated that it would be busy...... 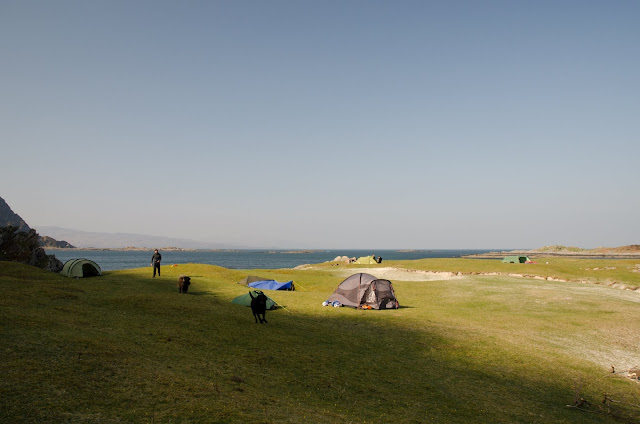 .....and we were't mistaken in that guess.  There were at least eight tents, guides with clients, walkers and a couple of dogs, one of which raced up to us snarling and barking.  Any sense of solitude or a wilderness experience would have been absent here and we were doubly glad we'd chosen Shoe Bay for our final camp. 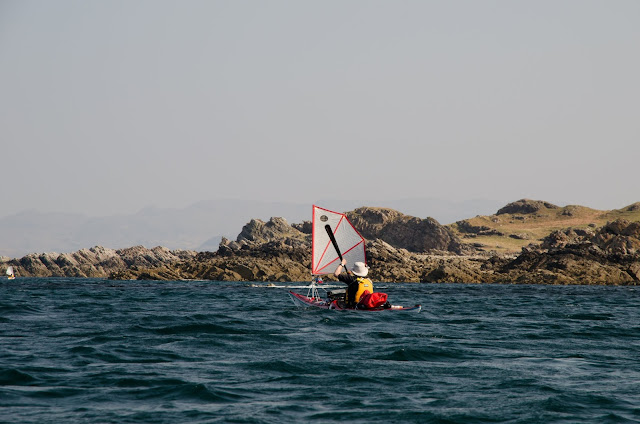 After a break for coffee we continued north, the breeze now at our backs and pushing us up the coast into the Sound of Arisaig.  Douglas was testing the new model of kayak sail from Flat Earth Sails and was driving along at a very brisk rate.  The air seemed very sharp in the southeasterly wind - it was a great morning to be out but we could detect the first signs of the forecast increase in wind speed as whitecaps began to appear to seaward of us. 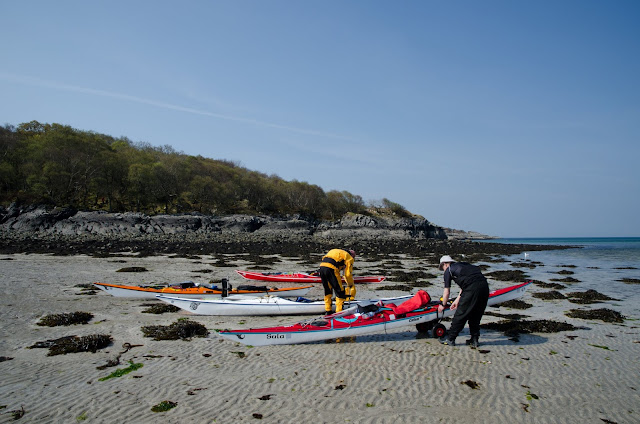 All too soon we pulled around the corner into the familiar surroundings of Samalaman Bay.  Our trip was over, and it had been another great journey from the head of freshwater Loch Shiel down to the salt of Loch Moidart and the to Loch Ailort. This is a trip we've now enjoyed several times, and it continues to be full of interest.  We've paddled in Spring, late winter and early autumn - and undoubtedly we'll do this journey again, perhaps as a full winter expedition.

We'd run a shuttle down here at the start of our trip and had capacity to take all of us and our boats back to the start at Glenfinnan to recover the other vehicle.  We were very glad we hadn't planned to bring just one vehicle and rely on bringing the others from Glenfinnan..... 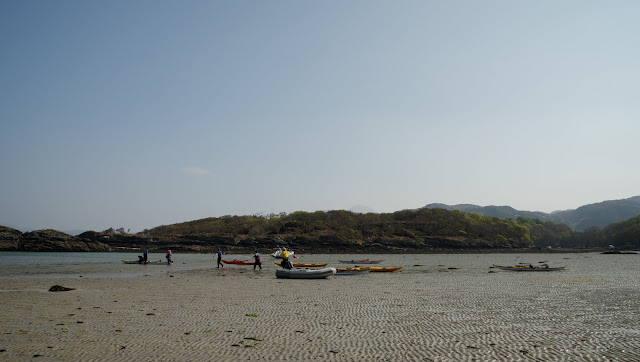 ...because on the holiday weekend the place was busier than we've ever seen it.  At least two kayak clubs and several small teams were all setting out on their own journeys, there's very limited parking and the road was almost blocked with cars.

We heard later that the wind had indeed got up during that afternoon and into the following day, pinning some groups where they'd landed and causing others to alter plans, but that all had enjoyed this brilliant sea kayaking area.
Posted by Ian Johnston at 11:50