A thin skin over rock

Our camp at "Shoe Bay" had more than lived up to expectation and had been well worth the slog into a stiff breeze the evening before to get to this lovely spot. Our friend Tony was up early to paddle around Eilean Shona then back to Acharacle as he had to return to work in Glasgow.

Lorna, Allan, Douglas and I had a more leisurely start while discussing plans. We all had an extra day available to paddle, but also all had reasons to head back home too. A forecast of strengthening wind in the afternoon into the following day made up our minds for us - we'd paddle up to the Sound of Arisaig and get off the water before the stronger wind arrived. After breakfast Douglas and I walked up behind the beach into the tangle of rock outcrops and hollows above. 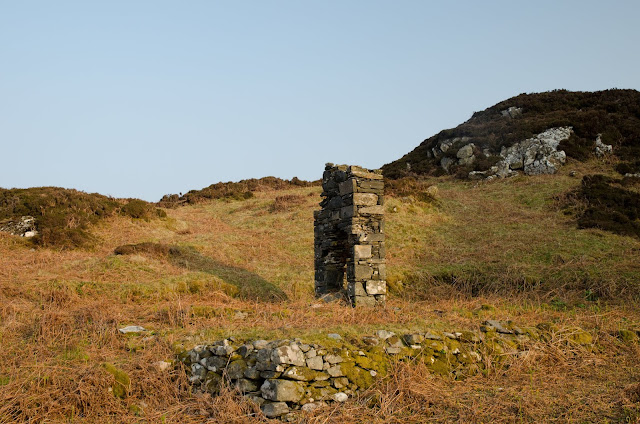 There are clear reminders that this hasn't always been an empty place.  All that remains of this house is a chimney breast and a built up platform - there's little enough flat ground around here. Once the eye attunes to the surroundings the outlines of field boundaries and animal enclosures can be made out among the bracken and brambles which have now largely taken over.

If this house had to be built on a platform built by human hands, in some places it was possible for the inhabitants to use what they found in unique ways.... 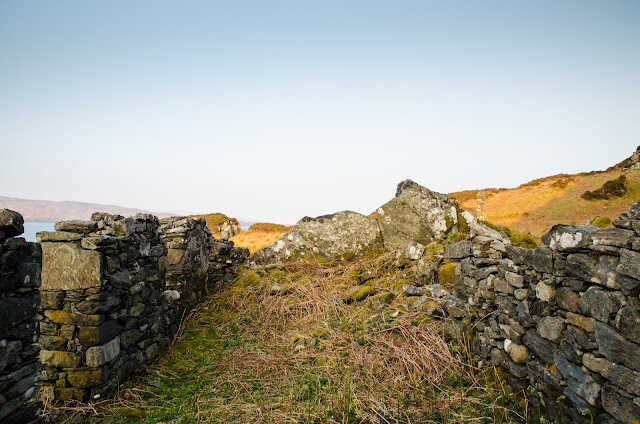 This well-built house initially appears to be similar to other ruins up and down this part of the coast...but look at the gable end and something remarkable emerges.  The lower half of the gable end across the width of the house is one huge tilted boulder. 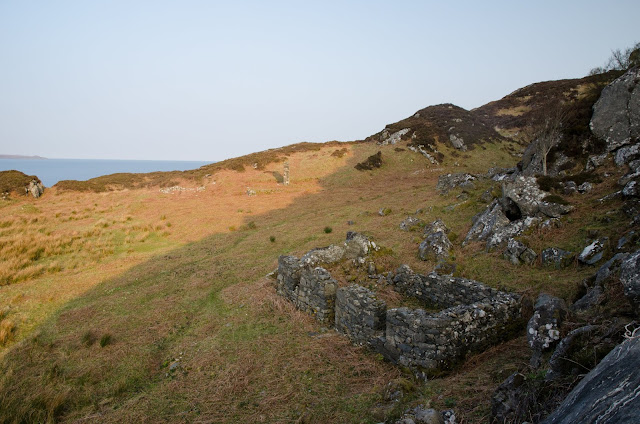 This view from above shows the size of the boulder.  Apart from giving something to build against the boulder is at the west end of the house, in other words at the weather side, which must have helped to windproof it to a degree.  The drystone work on the other three walls is really fine work and features quite large window apertures and the rounded corners which are a feature of many of the old buildings on this part of the coast.

This could never have been an easy place in which to scratch a living.  The ground is either boggy or a thin skin of peat over rock, the coast exposed to gale and storm and access is less than easy.  Some of the former inhabitants may have been pushed off better ground to make what they could of this place....their fields and houses are now part of that thin skin of history over the rock. 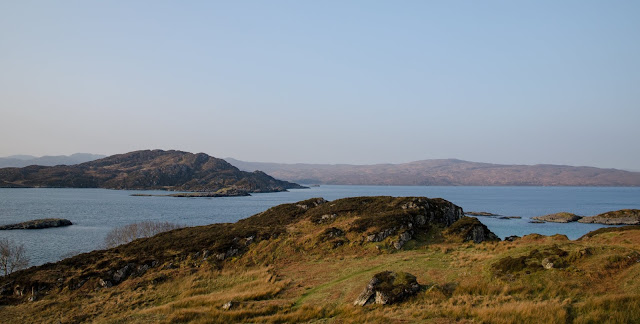 The view is superb, but a view won't put food in your family's bellies.  As ever when among these remnants of communities my mind tried to imagine what life was like for the people who called this home...for all the distance in time and the trappings of the modern world, the motivations, emotions and hopes of their lives are surely not too far removed from our own at a fundamental level. 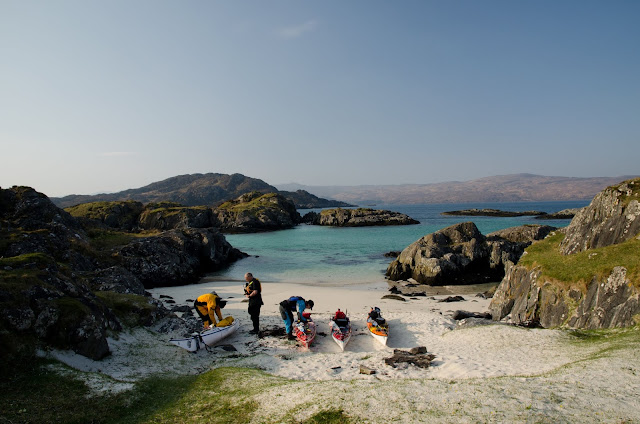 We returned thoughtfully to the beach and finished packing our boats.  We've stopped here many times and will do so again....it's a small jewel of a spot.
Posted by Ian Johnston at 21:30