The Pied Piper of Arisaig 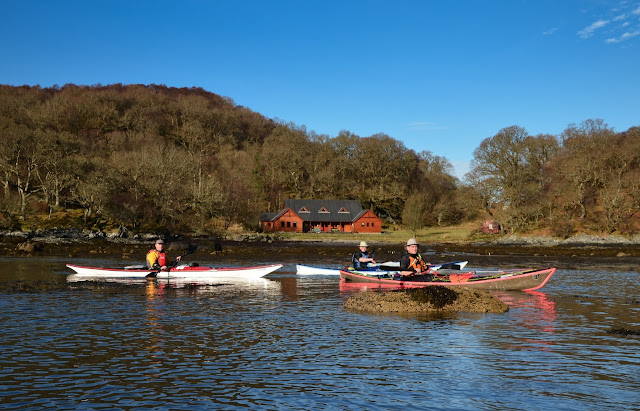 A spell of high pressure at the end of March saw us converging on the Sound of Arisaig to take advantage of a great weather forecast.  There would be eight sea kayakers and on F-RIB boat in the party, a flexible get-together spread across four days with some arriving later and some departing earlier.

We were based at the Glenuig Inn - an early start from home got me over to Glenuig before the others had finished breakfast and we were soon on the water and paddling out past the village hall. 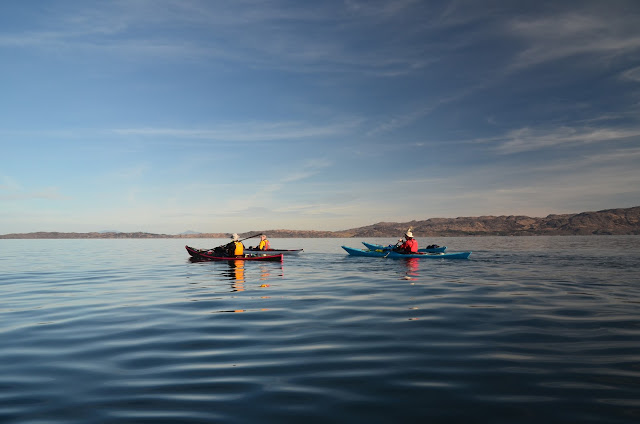 It was a pretty much perfect morning and was forecast to remain calm and sunny all day - a bonus for March in Scotland!  The others had paddled the day before and were still on a high from an encounter with a pod of dolphins which had stayed with them for some time.  I was only a little bit envious! 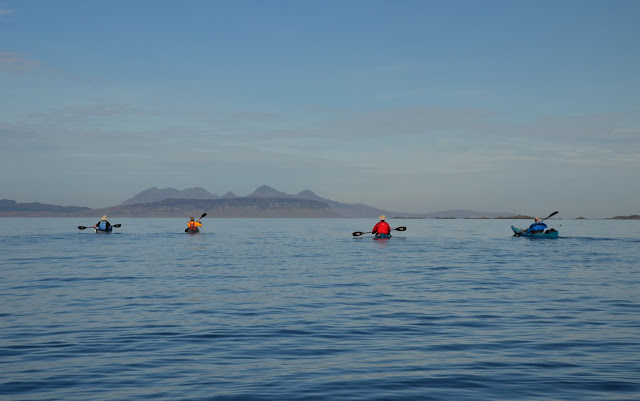 We headed straight across the Sound of Arisaig with a view ahead of the Rum Cuillin soaring into a pale morning sky beyond the ridge of Eigg....... 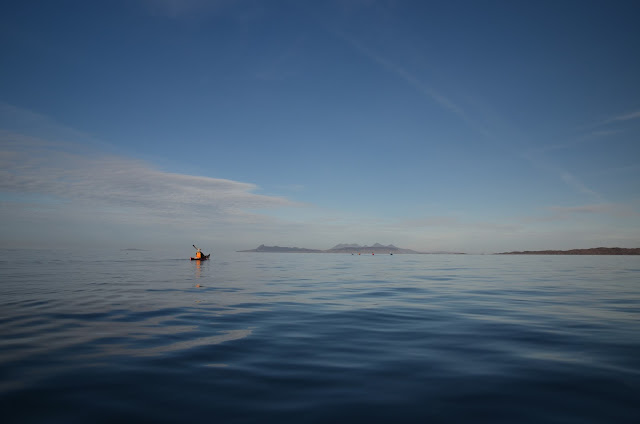 ...it really was a rather special morning to be out on the water.  Douglas and I hung back a little to get some images of the wider scene - our friends became small coloured dots in a huge sweep of sky, reflected onto a satin sea.

Donald had gone on ahead in his F-RIB to visit some of the beaches on the north shore of the Sound, planning to meet up with us later.  As we were headed towards the shore, there was a call on our VHF working channel....."they're here again, I'll bring them over to you!".  You can read Donald's account of our trip on the F-RIB forum here.

The dolphins had sought out Donald and were waiting for him off the beach he'd landed on; we saw him heading out towards us...... 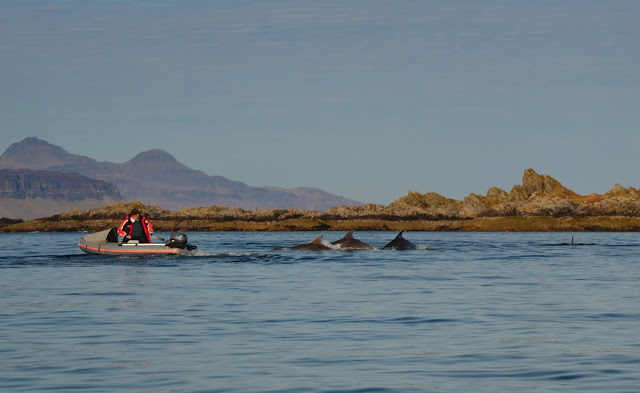 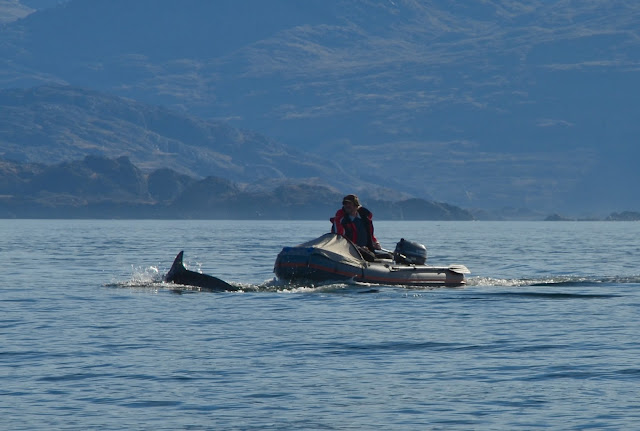 Donald kept the speed of his boat down as the dolphins surged and spun around him, if he turned away they simply followed and if he stopped they surrounded the boat, jumping clear of the water. 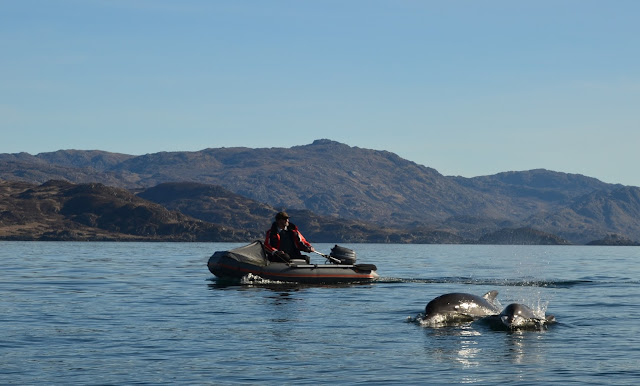 As they approached and became aware of us waiting in our kayaks, some of the dolphins arrowed across to us - what followed was one of the best wildlife encounters any of us has been lucky enough to enjoy.....
Posted by Ian Johnston at 20:18