Having made some adjustments to the rigging on my Flat Earth Kayak Sail, I'd hoped to give the new components a test during a paddle on the Moray Firth. So, obviously the day I chose turned out to be one of the few windless days in several weeks! I left the sail in the car and set out.....

...from my regular launching spot in the tiny harbour at Sandend.  Although the sky was overcast it was a pleasantly warm end of September day and the Moray Firth was unusually calm. 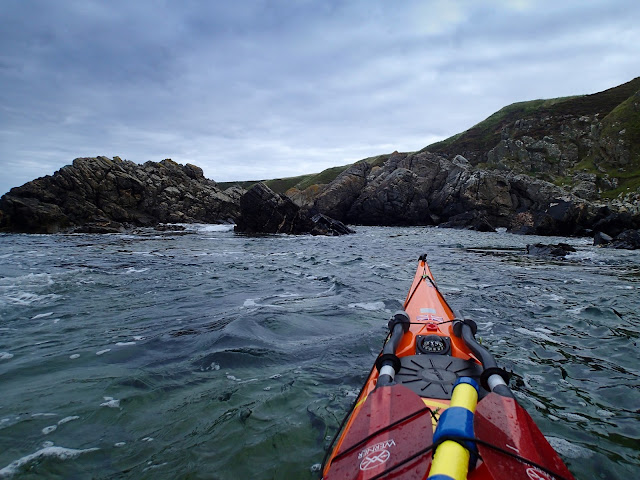 I headed east towards the West Head (it's the West Head of Portsoy rather than Sandend!), crossing the bay to engage in some gentle rockhopping.  My vague plan was to head past Portsoy to Whitehills before returning to Sandend. 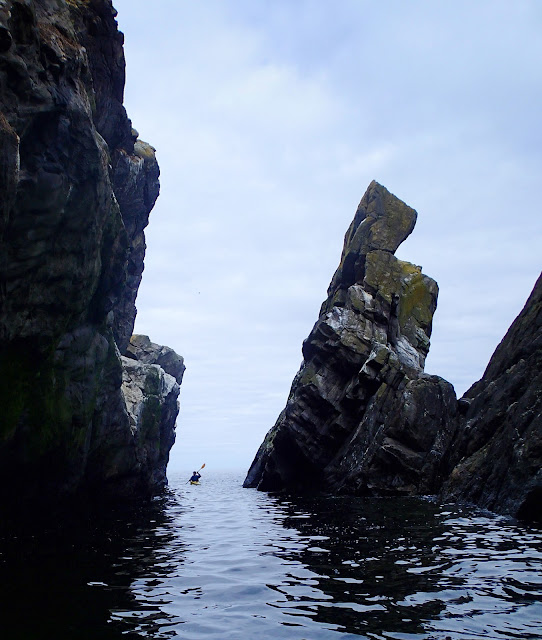 The east side of Sandend Bay offers some good rocky inlets which aren't often accessible due to swell and surf - Sandend is a noted surf beach herabouts.  On this day a combination of calm conditions and proximity to big Spring tide high water gave a rare opportunity to get up close in some of the narrow geos.  A fellow paddler had left Sandend at about the same time I did and followed much the same route - it's good to see other folk paddling this gem of a coastline. 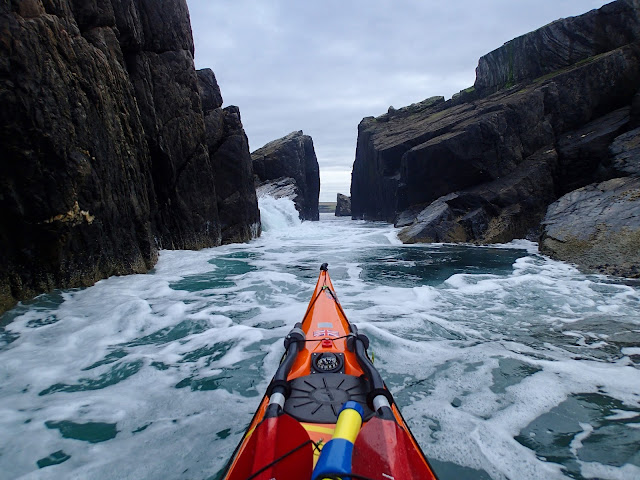 At the West Head there are two clefts through the tip of the headland.  The narrower of these is usually passable in calm conditions but a very dramatic place in a big swell.  As I lined up to paddle through, a gentle but powerful pulse of swell poured over from seaward, the Moray Firth heartbeat of three bigger swells in a pattern of smaller pulses making for some very interesting conditions - what this image doesn't show is the metre high swell travelling along the cleft in tune with the surf pouring in.

My own heartbeat was sufficiently raised.....  I paddled around the outside! 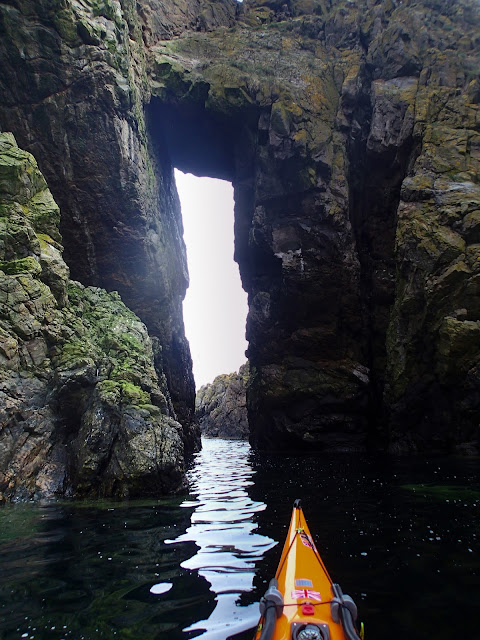 On the Portsoy side of the West Head there are some great cliffs and a couple of tiny, hidden bays.  There's also a tall arch which is surprisingly difficult to identify from seaward and "goes" at most states of tide given calm-ish conditions. 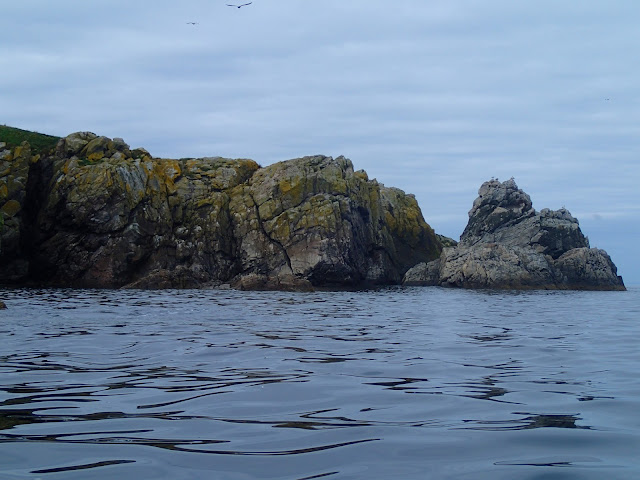 A glance back at the West Head gave no indication of the "interesting" conditions in the narrow cleft - the heartbeat now just a gentle hint of swell.
Posted by Ian Johnston at 10:05