About 2am I was woken by the wind which was by then gusting strongly. I got out of the tent to check the guy lines, noticing that the cloudbase was moving past rapidly just above the level of my camp. I hadn't long been back in the sleeping bag and was dozing off when sleep was again interrupted by the sudden arrival of rain. No gentle summer shower this; it sounded as if I'd camped in a car wash! For the next several hours I listened intently as huge gusts of wind approached with a rising whoosh, intensifiying the rain battering the tent. The gusts slammed into the tent, causing it to shake violently and although it spoiled my sleep I was comfortable and confident that my tent (a Terra Nova Voyager) would ride out the weather as it has done many times before.

The gusts and rain eased towards dawn and although the wind stayed strong it was a steadier thing. I slept for an hour or two and woke to the familiar sound of Ptarmigan calling from the rocks above my camp. 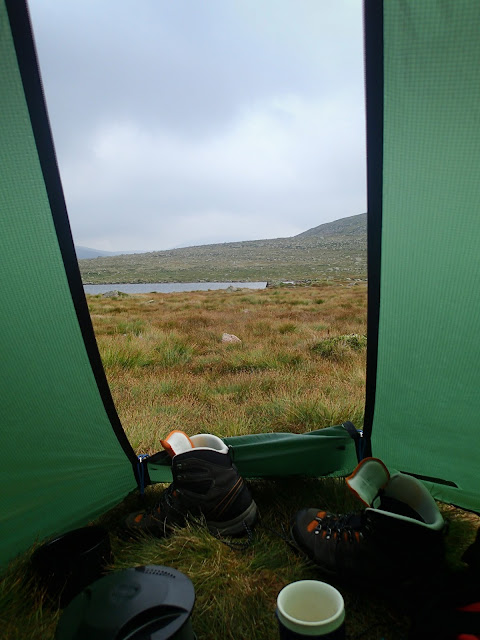 The view outside was initially very misty, clearing slowly to reveal a grey and breezy morning.  I was in no hurry and treated myself to a cup of tea in bed before emerging....... 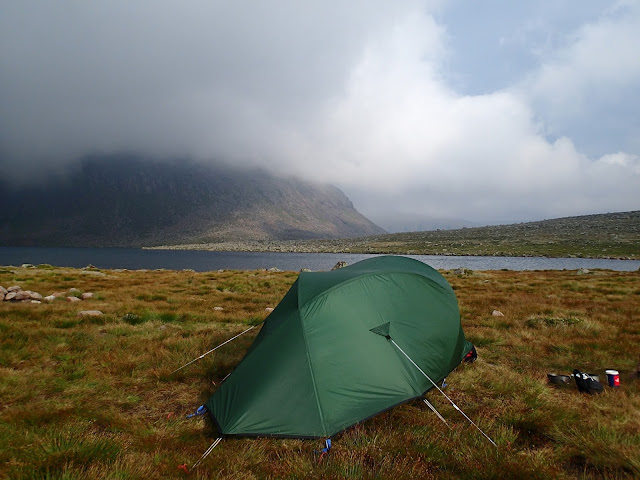 .....to a rapidly improving scene.  The cloud was tearing away on the strong south easterly wind and a first blink of brightness appeared. 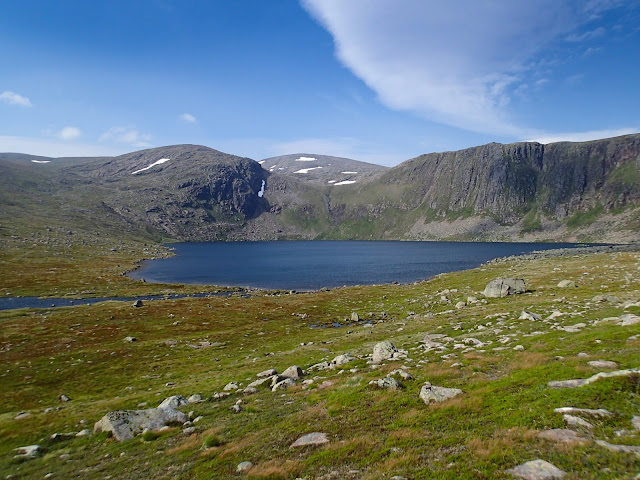 Within an hour, the change was complete and the morning was bright and sharp if still notably windy.  I took down the tent and moved above the loch to wait near the path where I knew that the Duke of Edinburgh's team would pass by. 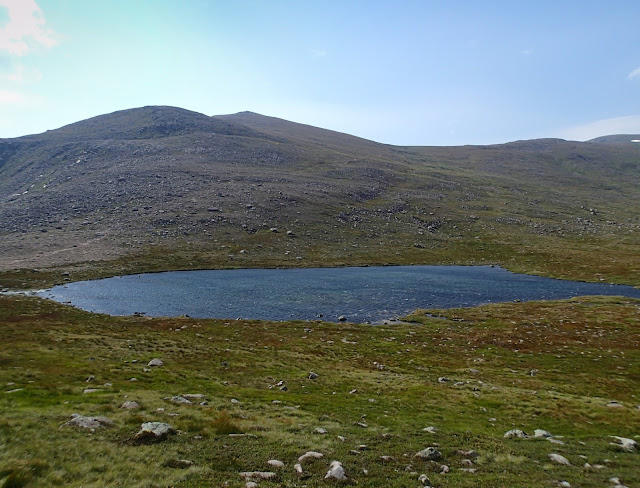 I met with the participants, who'd had almost no wind at their camp in the shelter of the Loch Avon basin, though they could hear it roaring around the crags above.  We discussed whether their proposed high level route was achievable and they continued on their four-day journey; which for most would be a completely new experience in an environment they'd never before encountered.  It's one of the great strengths of the Award that it introduces young folk to the possibilities within themselves in this kind of setting.

As they headed towards the skyline in this image, my return route took a path left, following the outflow of the smaller lochan...... 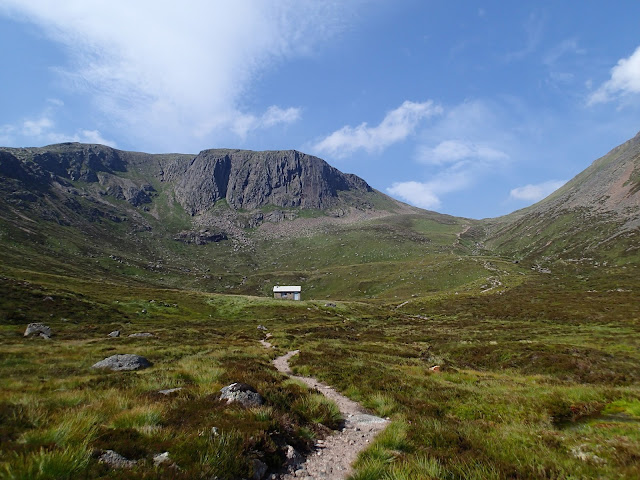 ...down past the Hutchie, which had folk in residence.... 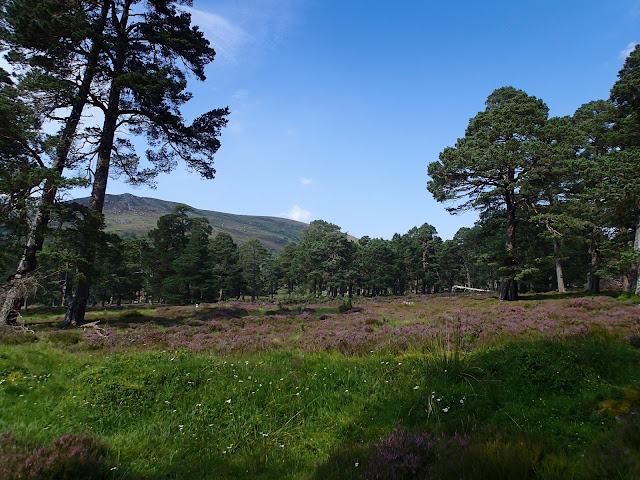 ...and down the long walk-out through the glorious pinewoods of Glen Derry.  At these lower levels the wind was reduced to a gentle and pleasant breeze - just enough to keep me cool in the strong sunshine and to ward off the midges.  By mid afternoon I was back at a busy car park, chatting with some folk who'd intended to camp out the previous night, but had elected to stay at the Youth Hostel in Braemar because of the forecast rain through the night.  They didn't know what they'd missed!
Posted by Ian Johnston at 08:44