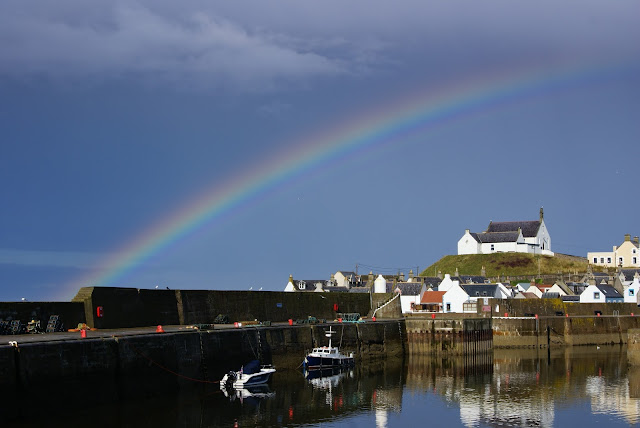 Allan, Lorna and I had arranged to meet for an evening paddle on the Moray Firth, a short trip starting and finishing at the harbour in the village of Findochty (pronounced locally Finechty).  I arrived over an hour before we'd agreed to meet and decided to get on the water for a quick paddle west from the harbour.  A heavy shower of rain had recently passed through, leaving a bright rainbow arcing over the harbour and the prominent kirk overlooking the bay. 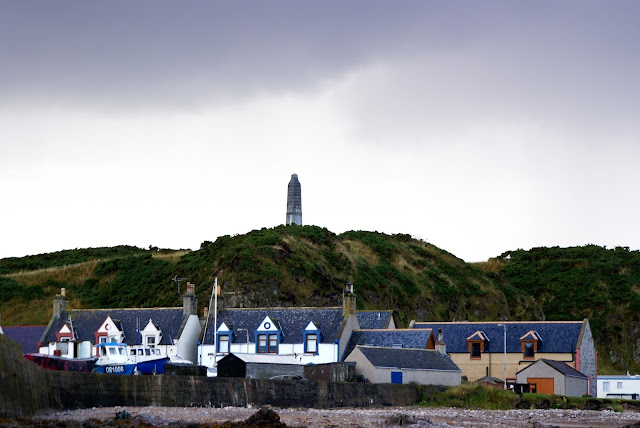 In common with many fishing villages, many of the houses in the village are brightly painted.  The original paint used was oil based which better withstood the weather and also gave the bright colouring, a tradition which has happily continued.  Above the village to the west is the prominent war memorial.  I noticed that an ominously dark cloud was approaching from the southwest - it seemed that another rain shower was on the way. 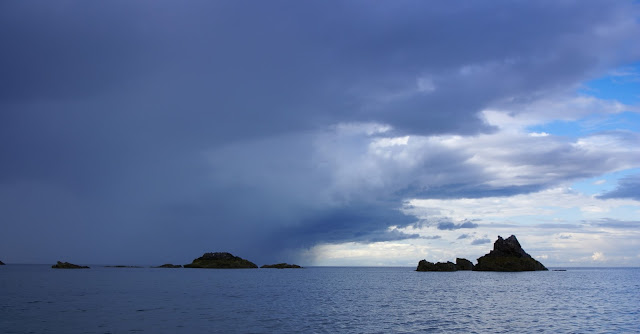 The leading edge of the shower was wrapping around out to sea - I was clearly going to get wet! 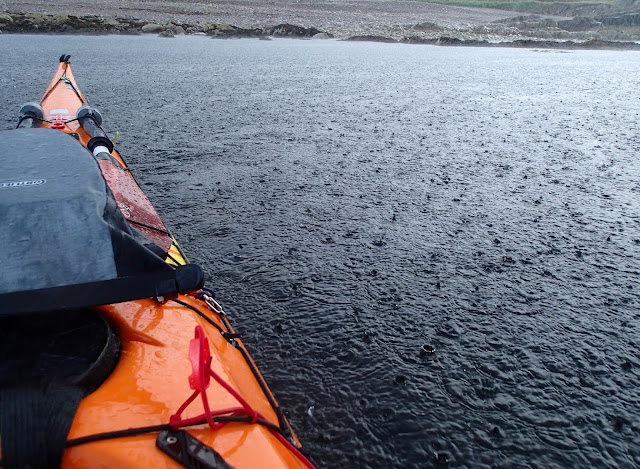 When the rain did start it was in big fat drops and the wind got up quite significantly...... 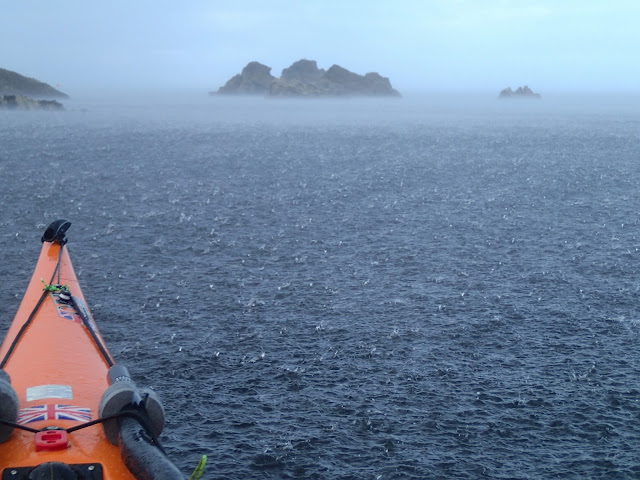 ....before the heavens opened and it absolutely battered down!  The force of the rain was really impressive, and battened down inside my jacket I could enjoy the experience in relative comfort 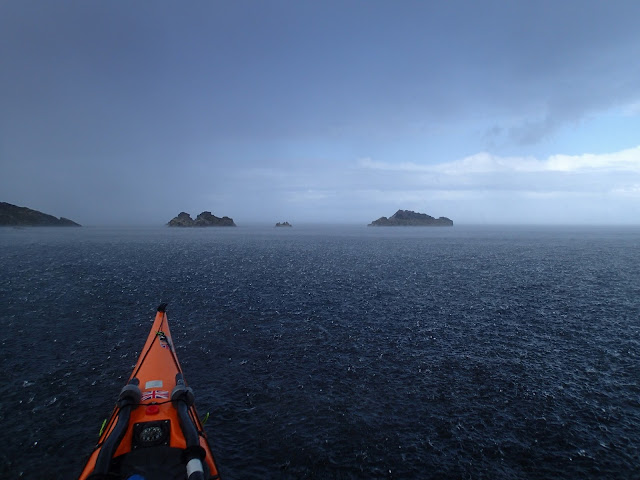 The intense rain lasted just minutes before the shower moved away out to sea and normality returned. 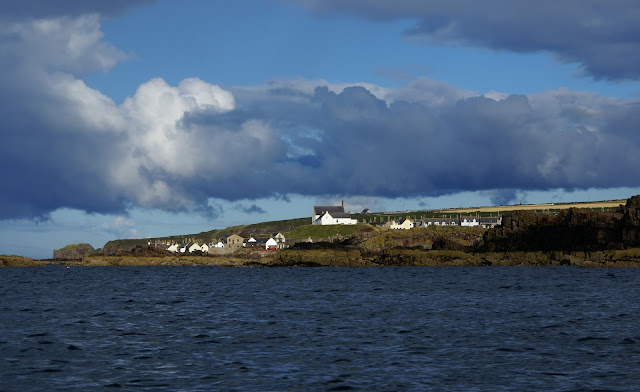 Shortly the warm evening sunshine was back out and the wind dropped, leaving the air sharp and clear.  I paddled back into Findochty harbour...... 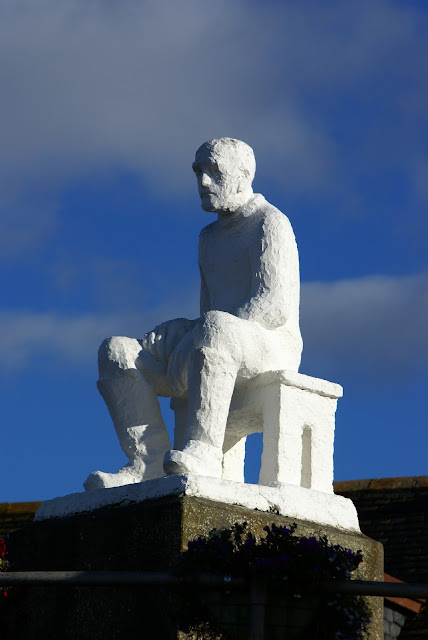 ...and, like the "Mannie", sat in the sunshine to wait for Lorna and Allan.  This sculpture of a seated fisherman was created by local artist Correna Cowie and has looked out over the harbour since 1959.
Posted by Ian Johnston at 20:43