Winter backpacking on the White Mounth - going out in a blaze of glory! 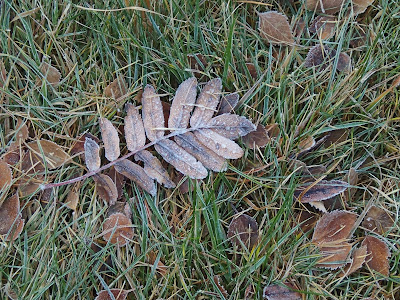 We slept well and warm in the bothy at Glas Allt Shiel despite outside temperatures dipping well below freezing.  Early morning frost and ice had made the grass crunchy and the ground hard.

After breakfast and a good clean and tidy out of the bothy we set off to walk out along Loch Muick, which was still in shadow.  The air was cold and sharp, it was a cracking morning to be out and about. As a bonus our rucsacs were substantially lighter by most of our food and a couple of kilos each of coal and kindling  :o)

The early sun wasn't far away, still below the hills of the Capel Mounth but lighting the sky a to a searing white.  There was great wildlife interest too.  In the space of five minutes near the outflow of the loch we saw groups of Red Deer, a party of black grouse and a group of about twenty Whooper Swans (Cygnus cygnus) falling gracefully out of the morning air from the north east to land on the loch with much calling and splashing.  We thought perhaps that this was possibly their first arrival for the winter having flown from Iceland, such was the commotion on landing. 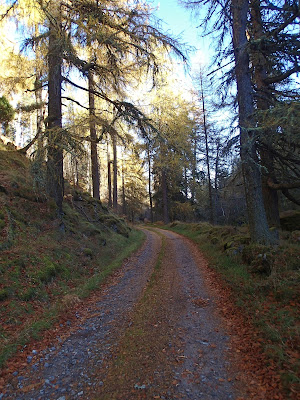 Past the outflow of Loch Muick we entered the woods of Glen Muick (pronounced "Mick" and meaning Glen of Pigs).  It was much cooler here in the wood and out of the sun but above us the larches were in glorious sunshine.

We stopped for second breakfast near the Linn of Muick, finding a small patch of sunshine in which to sit and reflect on a great short trip which had given us some of the best of Scotland's winter hills. 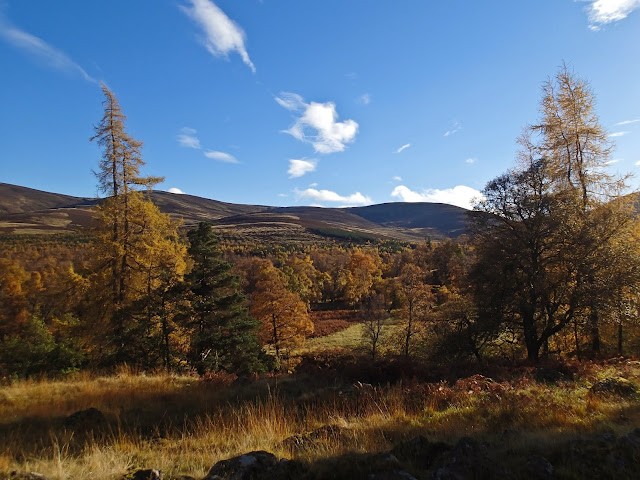 Emerging from the woods further down, we walked into a truly fabulous morning.  The final flourish of autumn colour made the hills and woods appear to glow.  The hills might now be in full winter conditions but here on the lower ground it was still autumn yet. 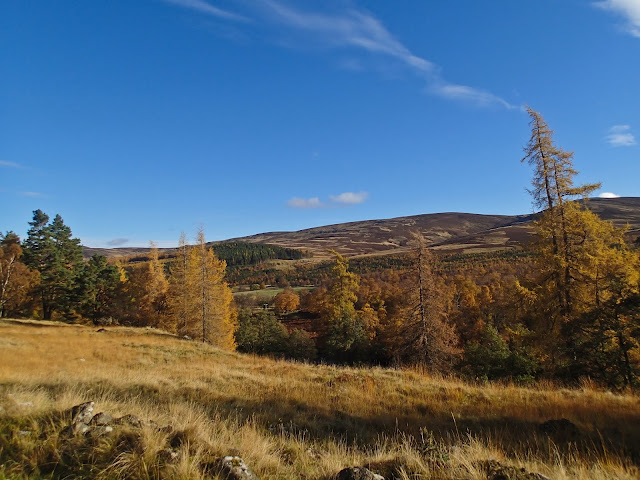 We strolled down the final couple of kilometres to where we'd left a car near Mill of Sterin; there's space to park a car here if it's done carefully and considerately.  Our short early winter trip had been just 30 kilometres over an afternoon, a full day and a morning but it had interest, variety and two good bothies.  We'd also been fortunate with the weather; as we drove the short distance home the grey clouds of an approaching weather front filled the sky.
Posted by Ian Johnston at 08:58