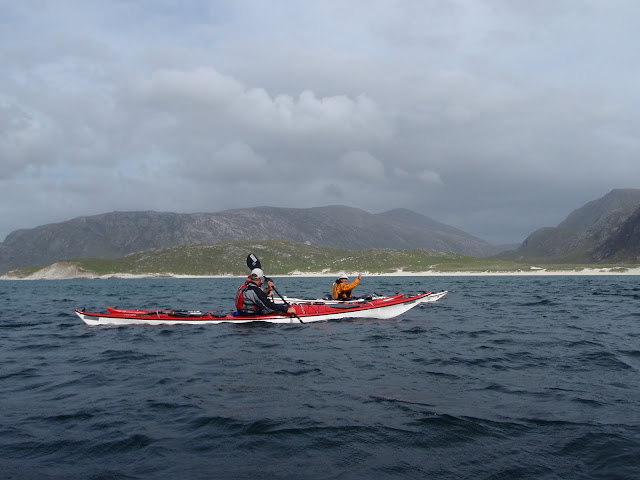 When filming of the towing sequences in Caolas Cearstaigh was complete, most of us decided on a paddle down the east coast of Scarp whilst Simon, Morag and ken went to film some rough water landing sequences. The view across the Caolas an Scarp (narrows of Scarp) to the white sand beach of Traigh Mheilein and beyond to Glen Crabhadale was very fine. 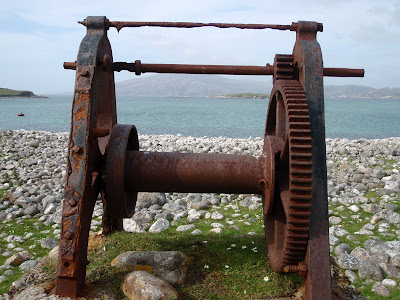 Scarp is a pretty remote place and has significant obstacles to permanent habitation.  The narrows between the island and the "mainland" of Harris are shallow and very often too rough to cross, and there is no good anchorage.  This winch, manufactured by Thomas Greave Engineers would have been used to haul boats clear of the water. 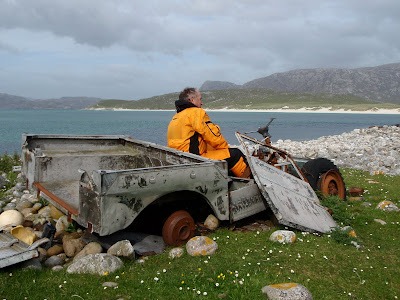 Try as we might, we couldn't get this old wreck moving; it had clearly seen better days!

Apparently it's a 1949 vintage 80 inch petrol example........ - goodness, you did realise I was referring to the Landrover and not Douglas didn't you??! 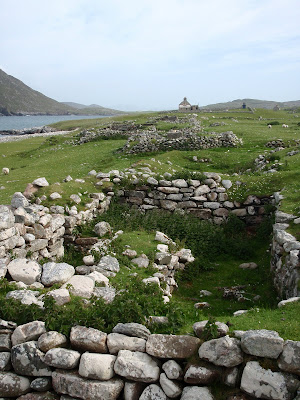 Above the shore a row of houses once stood.  There were originally eight crofts on Scarp, alter subdivided into 16 following an influx of folk cleared from other parts of Lewis and Harris. 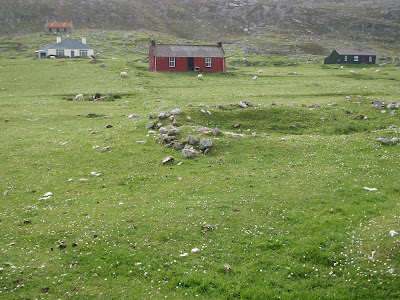 The old stone houses contrast sharply with the more modern dwellings.  Scarp now has no permanent residents- life here got just too remote.  The writer Francis Thompson records that a London visitor amazed at the sheer isolation of the place  asked a Scarpach how he ever got the news from London.  The puzzled reply was "Well, how do you get the news from Scarp?!"

A couple of the houses are rented as holiday accommodation; a truly "away from it all" location.
Posted by Ian Johnston at 13:16