A blue lagoon and a deserted island 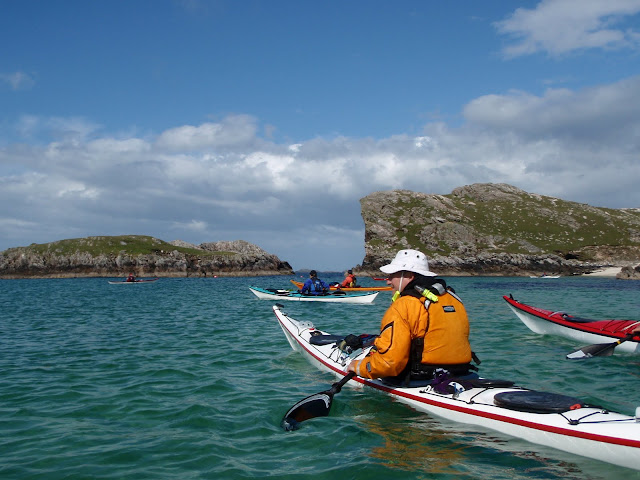 The lagoon between Pabaigh Mor and Pabaigh Beag was astonishingly beautiful in the sunshine.  The colours of the water and the sand were a riot of blue, turqoise and shimmering white. 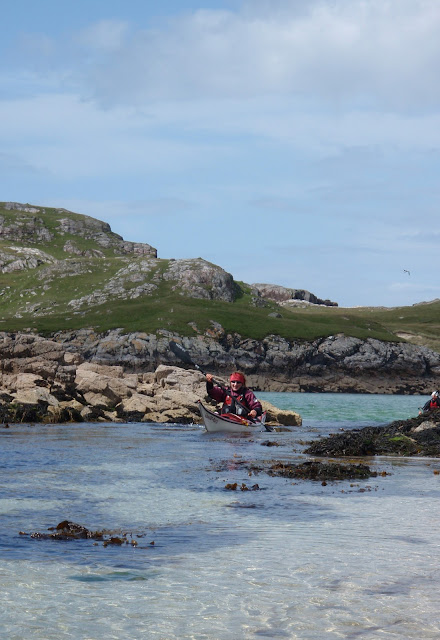 There is an upper, tidal lagoon which was emptying into the main lagoon.  with a bit of effort we managed to paddle up into it - here Liz shows the way uphill! 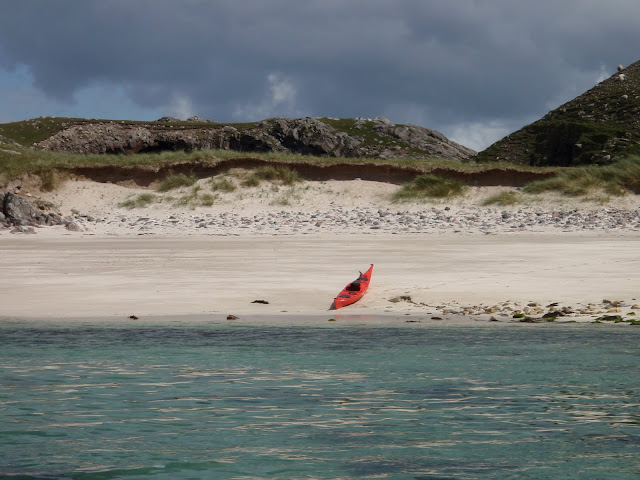 Whilst we played around doing balance exercises (including a rather impressive cockpit headstand by Callum) and rescue practice in the upper lagoon, Simon set up a camera on the shore. 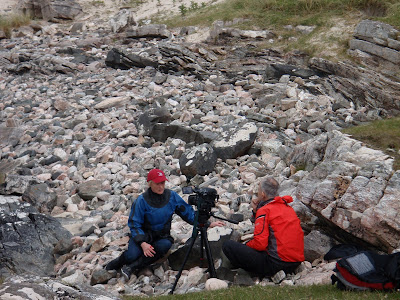 We took our turn at having our thoughts on the trip recorded, Simon asking each of us about diffferent aspects. 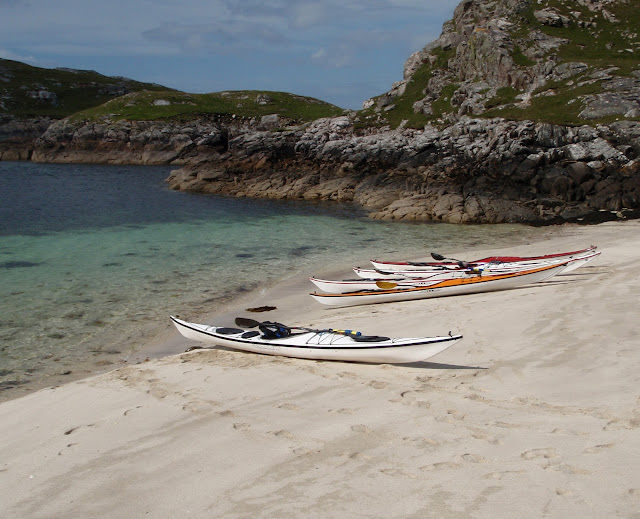 As a location for filming, this was pretty special!

Pabaigh Mor has a ruined kirk, the origin of the name "big island of the priests".  In 1827 the crofters were cleared from the island to make way for sheep - a familiar story.  In 1861 two Banffshire fishing crews totalling fifteen fishermen and two female cooks were living in one of the caves during the fishing season.  A fish holding trap made of an arc of stones is visible in the upper lagoon.  At the 1871 census there were nine men from Uig living in a tent on the island, but it has been uninhabited since.

After the First World War it was claimed that boxes of provisions were found on the island and that  a German U-Boat had made secretive visits to resupply. 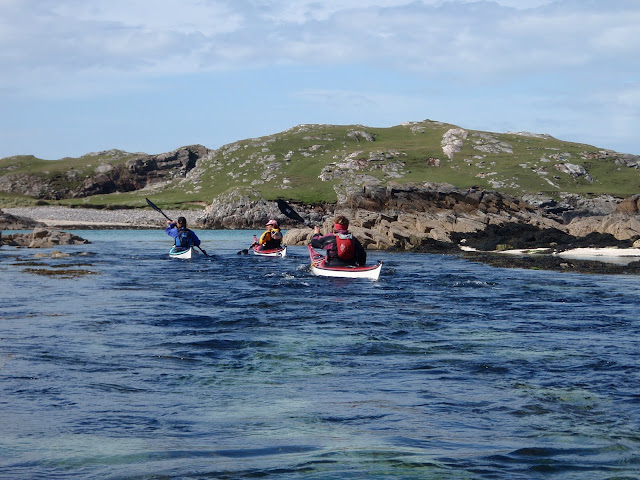 By the time the interviews were completed and we left the upper lagoon the tide had turned and the flood was entering from the main lagoon.  It wasn't as hard to paddle against as on the way in, but Pabaigh's beautiful blue lagoon is a hard place to leave in more than one respect!  If you go there, save it for a sunny day and enjoy the unique atmosphere of this special place.
Posted by Ian Johnston at 10:15