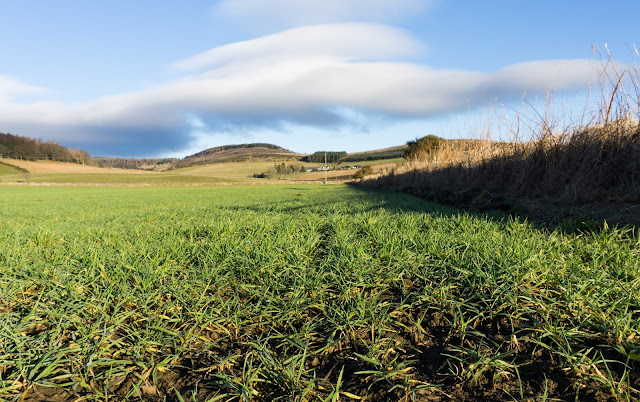 After a long, cold start to the year some glorious days at the end of February have brought a hint of the coming Spring.  Warm sunshine and clear skies seem to have set everything off - remarkably this "winter" barley crop was under almost a metre of snow just ten days previously. 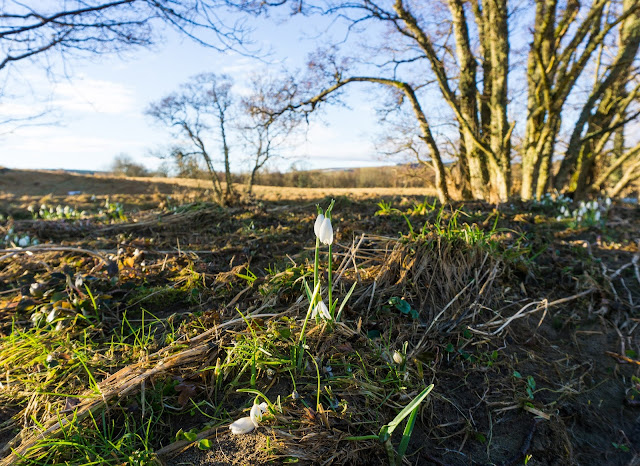 Even more remarkably, the Snowdrops (Galanthus nivalis) on the banks of the River Don were not only under huge volumes of snow, but once that melted they were submerged in a torrent of fast flowing icy water as recently as five days ago when the river couldn't contain the volume of snowmelt. 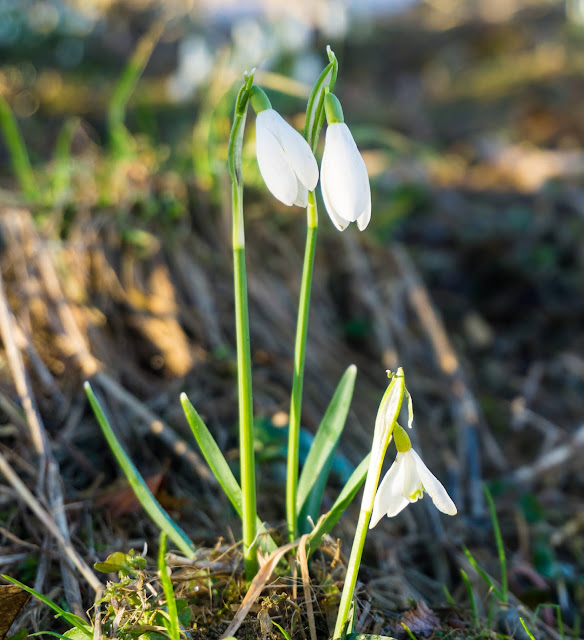 These welcome heralds of winter's end seem to flower as soon as they emerge from the snow - delicate in appearance but incredibly hardy. 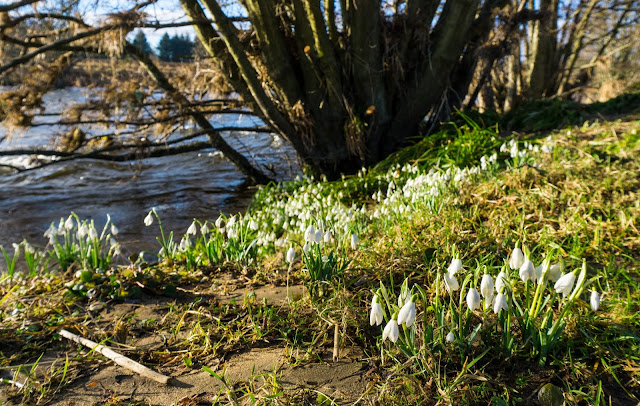 The river banks are carpeted with drifts of Snowdrops.  Although some bulbs were torn out by the surge of water, the flood also left lots of rich silt as it receded - perhaps one reason they are able to not only survive but thrive here. 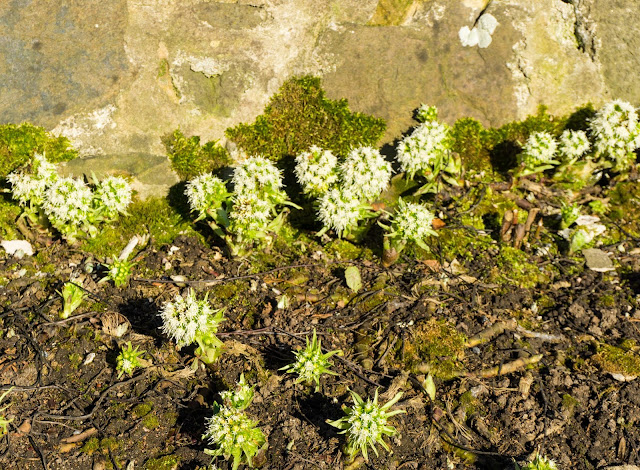 Against a neighbour's south facing garden wall is another very early flower, the White Butterbur (Petasites albus) with its almost alien flower spike.  Later in the year the leaves of this strange plant can reach over 90cms across - it seems to do really well in the north east of Scotland. 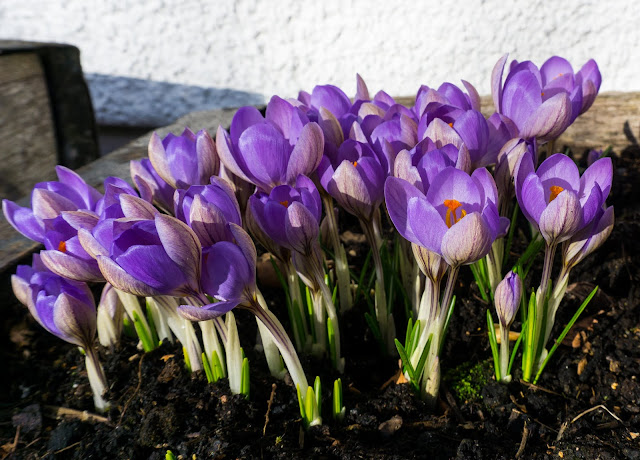 A clump of Crocus in a tub against the wall of the house have responded to the warmer weather and simply shot up; in just a couple of days the flower buds emerged and then the flowers opened as soon as the morning sun warmed them.  Within hours, two Honey Bees had visited and taken advantage of this early bonus of pollen.

It's just the first day of March and there will no doubt be more hard weather to come; this month has a reputation as a wintry one in Aberdeenshire.  But for a few days at least it seems that Spring isn't too far away - and that's a great thought.