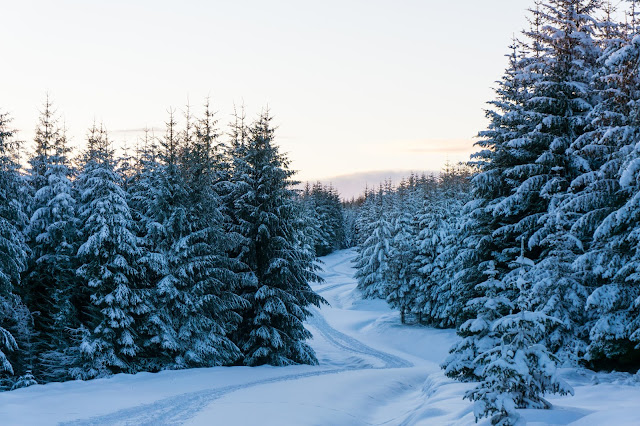 Cross country skiing in Scotland is often marginal with thin, icy or sticky snow the norm in recent years - not this season though!  Large amounts of snow have built up on most of the high ground in Aberdeenshire, the latest dump courtesy of Storm Christoph added some 40cms.  It's not been necessary to travel in order to find good ski conditions; the forest just a couple of kilometres up the road from home has continued to give terrific skiing.  A brilliant winter day was settling into early evening when I clipped into skis and set out for an evening tour. 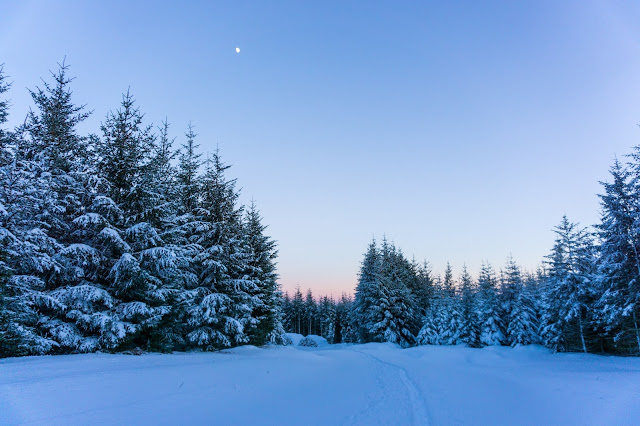 The forest tracks have been popular with skiers and families sledging over this weekend but by setting out as everybody else was heading home I had the entire forest to myself - and what a beautiful evening it was to be out.  The temperature was already below freezing and whilst in the forest I was sheltered from the keen north westerly wind - perfect conditions really. 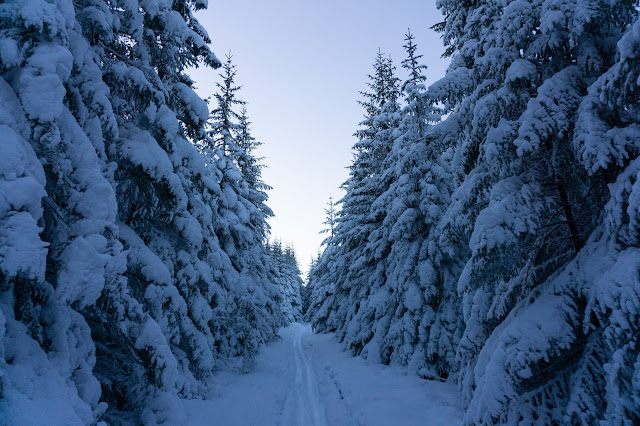 A few kilometres up the forest track a small firebreak path slants off uphill which is my normal route to this end of the Correen Hills.  It's been many years since I've seen so much snow locally - in places it's lying a metre deep. 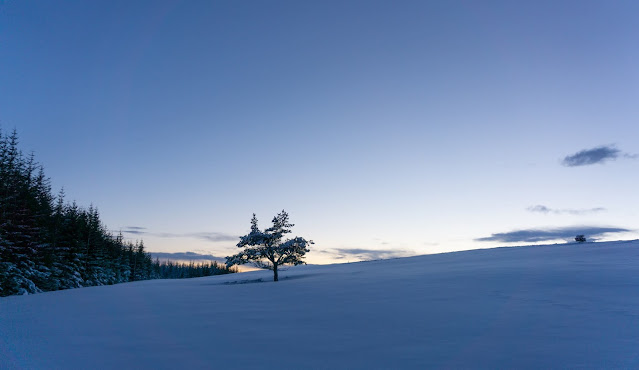 It was already well after sunset when I broke out of the forest and onto the open hill above.  The snow here was lying deep and unbroken and I'd expected it to be unconsolidated powder as it had been a week previously so it was a pleasant surprise to find that a wind crust had formed which was strong enough to support the skis as I pushed uphill. 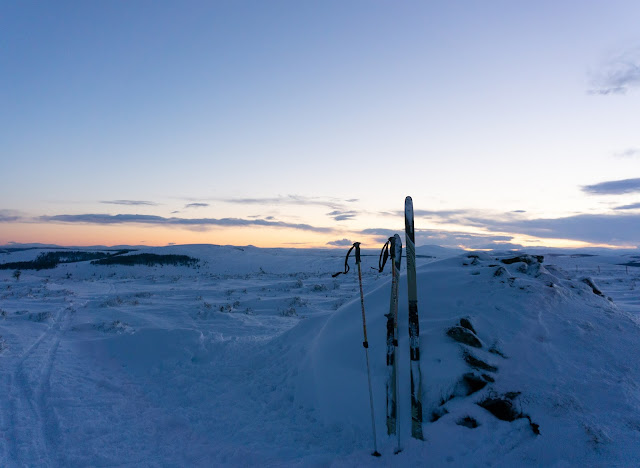 The cairn at Peter's Prop is a great viewpoint and was the target for this evening tour.  The wind up here was both strong and bitterly cold as it blew across the snowfields.  I'd missed sunset but was treated to the afterglow and a lovely quality of light.  This was no place to be lingering this evening though, my fingers were "nipping" from just a few moments exposure while I changed settings on the camera.  I clipped back into the skis and headed back down using an energetic kick-and-glide to regain some warmth. 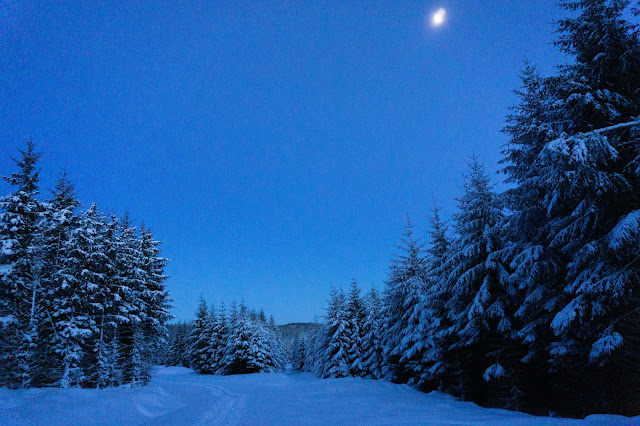 By the time I got back to the main forest track the dusk was deepening and a bright half moon was climbing higher.  Down here there was no wind and the only sounds were the swish of ski and my breath as I strode out. 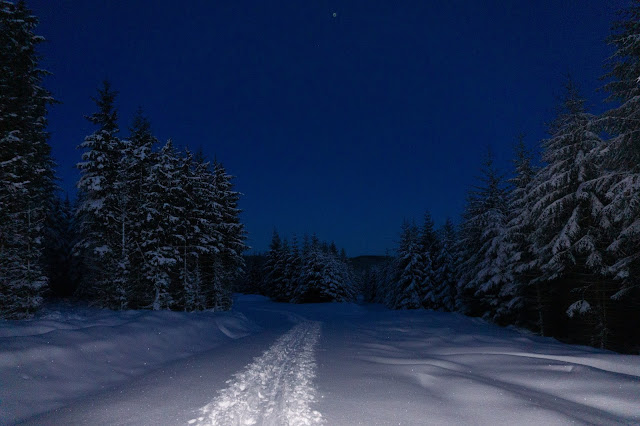 The snow immediately in front of me quickly lost definition as darkness fell so although the light levels were quite good I needed a headtorch to ski safely.  The torch beam picked out the diamond glitter of the snow and made for a really atmospheric run.  Taking a different route back offered a swooping downhill section of a full kilometre which my GPS watch told me had been covered in a shade under six minutes giving my speed on that section as 10km/h.  There was a price to pay in a climb back to the car, but well worth it for the fun.

I arrived back at the car some two hours after dark with the temperature at -7 degrees Celsius having enjoyed a great evening tour of just over 10km/6 miles - on some of the best snow I've skied.