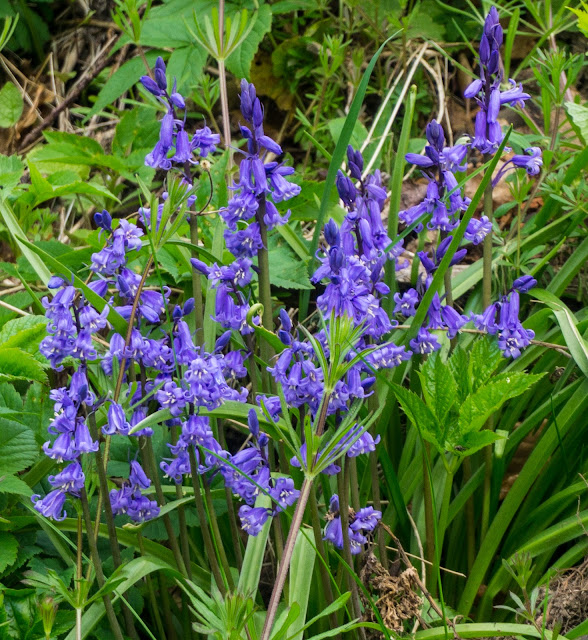 In a bank shaded by a large Copper Beech tree at the edge of the garden, a clump of English Bluebells (Hyacinthoides non-scripta) have flowered - the second year they've done so after we transplanted a few bulbs some years ago.

These lovely flowers, when seen in large numbers, give a violet glow to woodlands which is actually quite difficult to depict accurately on camera.  they are associated with ancient woodland and can be a good indication of where a woodland once was - good examples are found at Eilean Fhianan in Loch Shiel and Ailsa Craig in the middle of the Firth of Clyde.  In late spring and early summer Ailsa Craig's slopes are carpeted in violet blue - as shown on the visit Douglas made in 2012
Posted by Ian Johnston at 10:00