Creatures great and small, the Mark of a good day 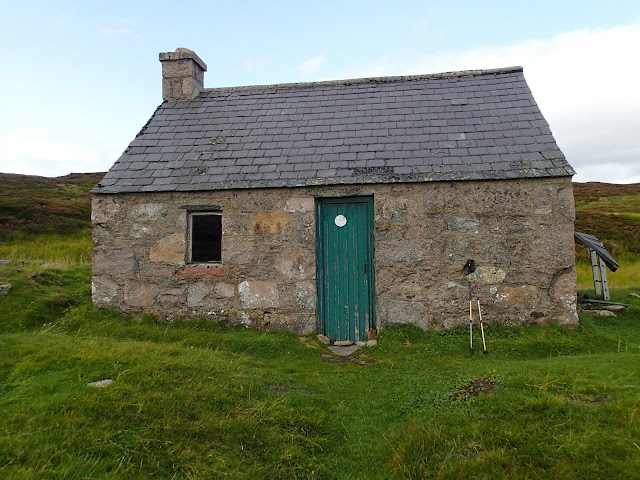 Shielin of Mark is maintained by the Mountain Bothies Association, and is the essence of the organisation's ethos "To maintain simple shelters in remote country for the use of all who love wild and lonely places".  Although you can walk to it in less than two hours, there's a feeling of real remoteness to the place. 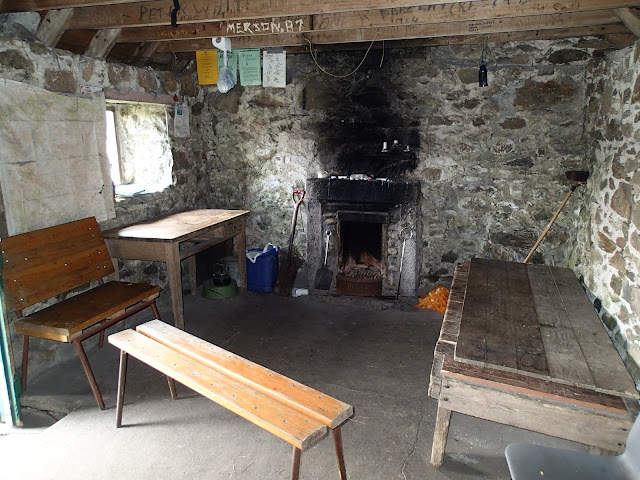 A basic single room stone building with a couple of benches, two small sleeping platforms and an open fireplace, it can be a very welcoming sight in poor weather. 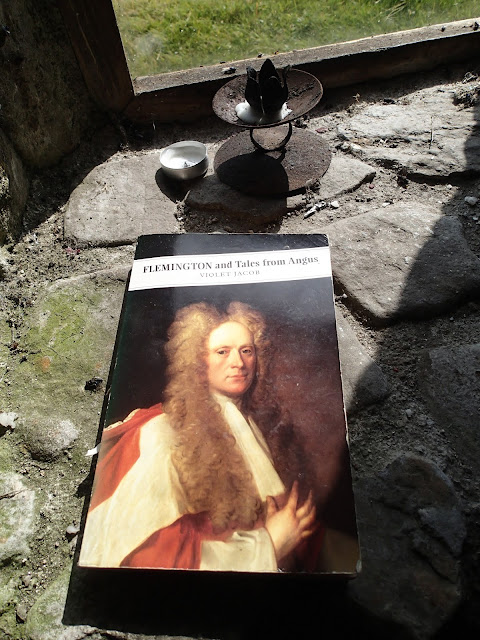 A recent visitor had left a paperback; appropriately given that the bothy is in Angus, it was "Flemington and Tales from Angus" by Violet Jacob, herself Angus-born.  I know Violet Jacob for her iconic poem "The Wild Geese" (sometimes known as "Norland Wind") but haven't read any of  her books; one to try by a bothy fire maybe..... 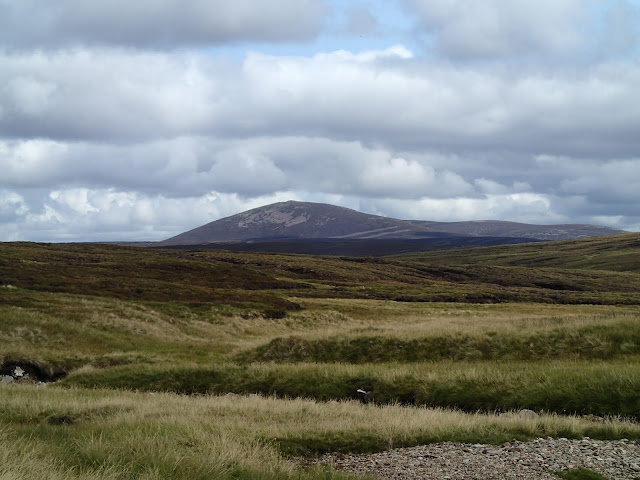 The view from the bothy door is a sweep of gently undulating moorland leading to Mount Keen, the easternmost of the Munros.  I was idly thinking about the routes that could be done from Glen Tanar across the Mounth Road to here and then to Glen Muick, a long loop south starting and finishing on Deeside, then I suddenly had a realisation of where I was.

Shielin of Mark, as the name suggests, lies at the head of the Water of Mark which winds down Glen Mark and so to Glen Esk.  To walk between roadheads from Spittal Glenmuick to Invermark in Glen Esk would be approximately 18km by the shortest route; the distance by road is close to 100km!  Now there's a route for the future.....

Back in the bothy, I heard a rustling sound from a polythene bag of sticks which had been placed in a bucket by the fireplace.  A glance inside revealed a small visitor... 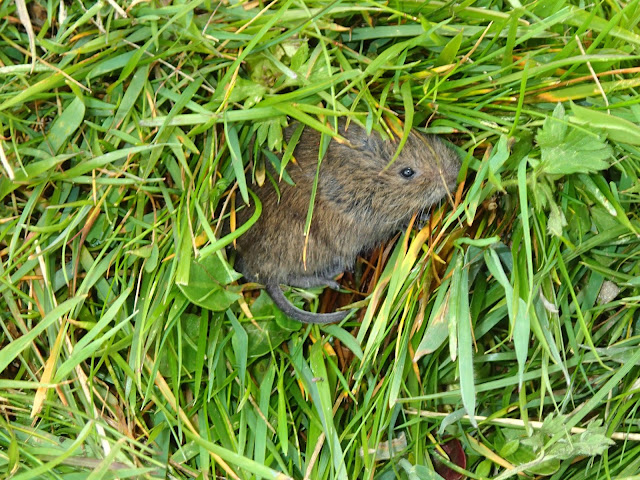 A Field Vole (Microtus agrestis) had somehow got itself into the bag of sticks, but it clearly couldn't get out of the bucket.  I took the bucket outside and laid it on one side; after a short while the vole emerged and looked around.  Despite me standing right next to it, the little creature didn't run and hide but immediately started feeding on grass - it must have been really hungry. 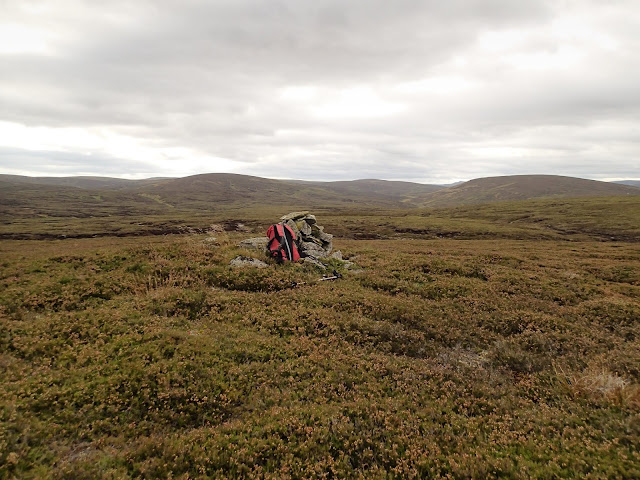 I closed up the bothy and climbed back up onto the moor.  For my return route I planned to go over the low summit of Fasheilach and down the Scouble to Glen Muick.  Gloriously lonely country this, but not devoid of interest.  Near the summit (really just a gentle swell of heather on a broad ridge) A couple of Grouse burst from close by, but unusually didn't fly off - they landed quickly and scarpered into the heather.  I wondered why they'd behave like this, and looked up..... 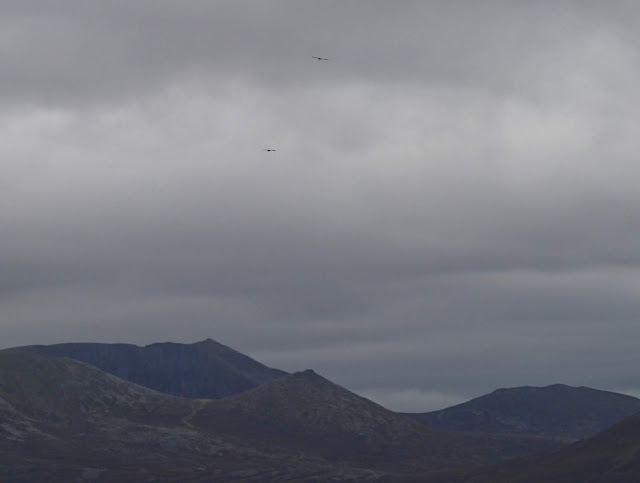 Two huge shapes banked around overhead, eagles for sure, against the great backdrop of Lochnagar 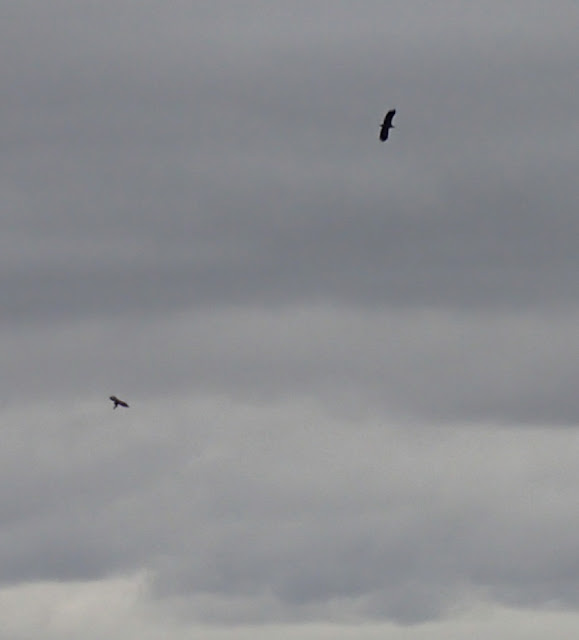 As soon as the birds circled back towards me, I knew exactly what they were.  Golden Eagles will fly straight away from a human - but White Tailed Eagles (Haliaeetus albicilla) tend not to fly away.  As the larger bird banked around the unmistakeable silhouettes confirmed it.  I watched the great birds for over twenty minutes, and this was a pair - the smaller male bird was carrying a prey item which looked like the hindquarters of a Mountain Hare. 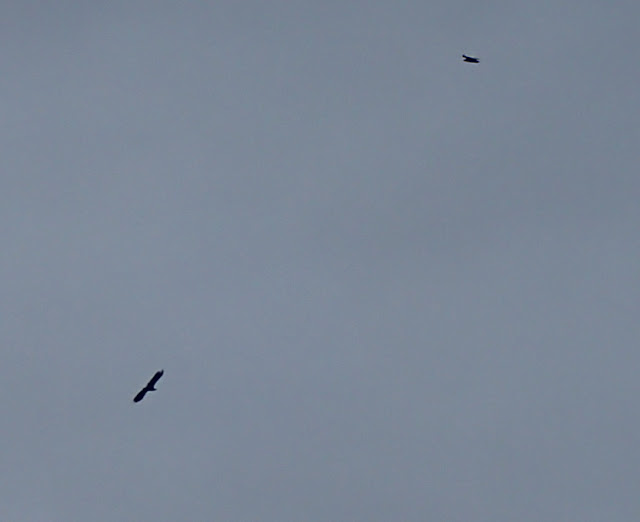 Circling, gliding and parallel flying, the eagles put on a fantastic aerial display.  I think that these two may well be two of the three birds I saw in the Angus Glens in November 2015; the locations are a few minutes apart as the eagle flies and these birds need large territories.  This is the first White Tailed Eagles I've seen over the hills of Aberdeenshire - I hope it's a sign that they're expanding into the area.

From a Vole to Eagles - creatures great and small and the Mark of a good day!
Posted by Ian Johnston at 21:14