Blown away by Dun Carloway

From Calanais we headed north along the road which hugs the coast of Lewis to a visit a place which I'd been really looking forward to, possibly more so than the stones we'd just seen. 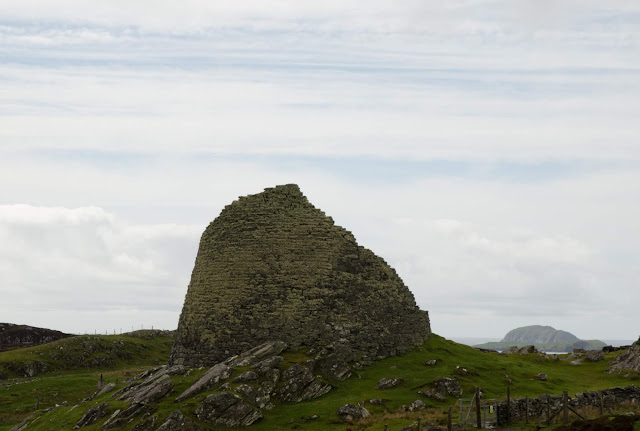 Dun Charlabhaigh (Dun Carloway) is visible from a long way, and was meant to be seen.  An iconic outline on a prominent ridge line, even in a partially ruined state it's a striking sight. 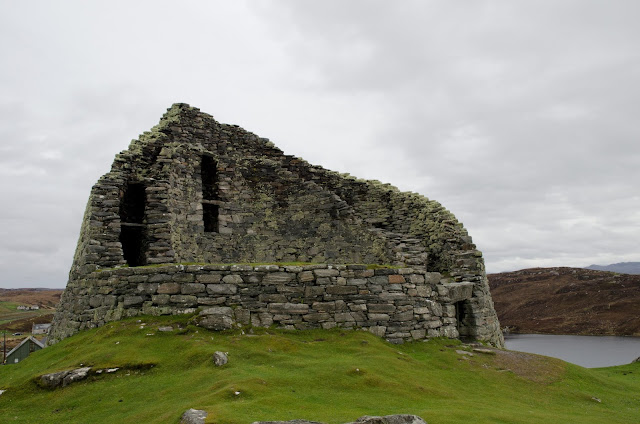 Dun Carloway is a broch; a type of fortified residence unique to the north of Scotland, the Northern Isles and Western Isles.  A "Broch" can be described as a tapered round tower construction with more than one internal floor level, and the walls are usually galleried internally.

Built around 100BC, Dun Carloway was constructed at a time when brochs were beginning to be replaced by buildings which required less in the way of resources, particularly timber.  It may have been in use as late as 1000AD, which is quite late in comparison with other brochs.

Even in a partially ruined state you can clearly see the two walls with galleries in between.  The ruin stands nine metres tall at its highest point and is likely to have been somewhat higher.  It would have been had a conical timber roof and timber floors at each level - a significant use of what's a scarce resource on Lewis.  Much of the stone from the side which is easier to access has been re-purposed into constructing nearby blackhouses in the past, before the site became one of the first to be taken into national protection under Historic Scotland. 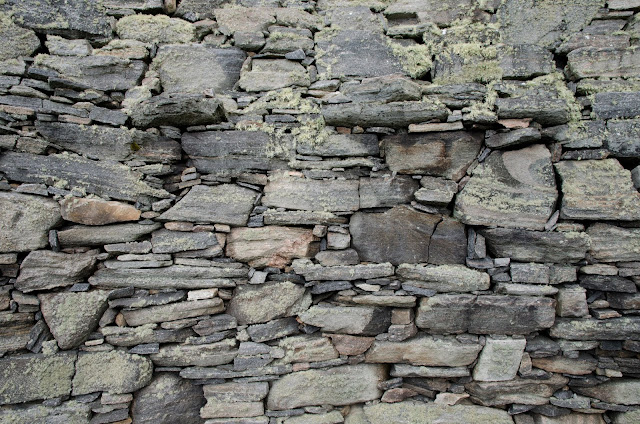 The quality of construction is astonishingly high.  No mortar was used, the walls are drystone built with hardly a gap - the building of a concentric, tapering tower of stone in this way must have required skill and vision; and must have been commissioned by a person of significant power. 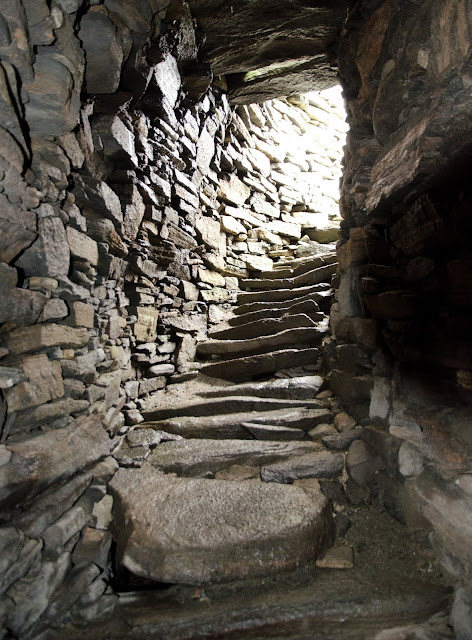 The stairways between floor levels spiral up inside the walls themselves and are still in remarkably good condition.  You have to remind yourself that the brochs date from the Iron Age, but the folk who built this were far from primitive or uneducated.  Given that Dun Carloway has stood here for over 2000 years, the fact that internal stairways are intact and usable is nothing short of astonishing; how many modern structures will last that long? 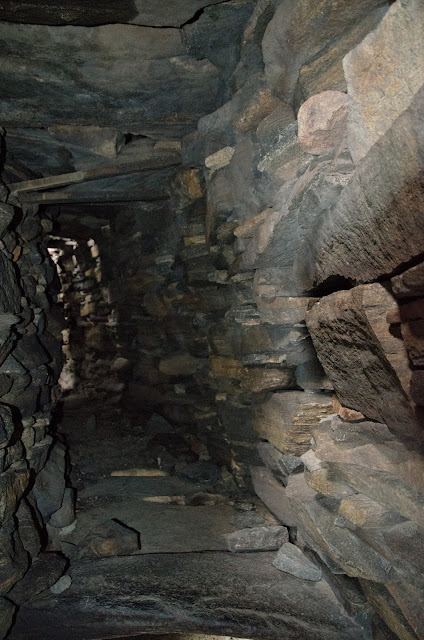 The graceful taper of the walls is carried through internally in the galleries which run around each level.  It's likely that livestock could be housed at the ground level with human occupants living above.  Brochs are believed to be part defensive refuges and part impressive statements of power and control - several were probably used as refuges from Norse raiders well after they had ceased to be permanently occupied. 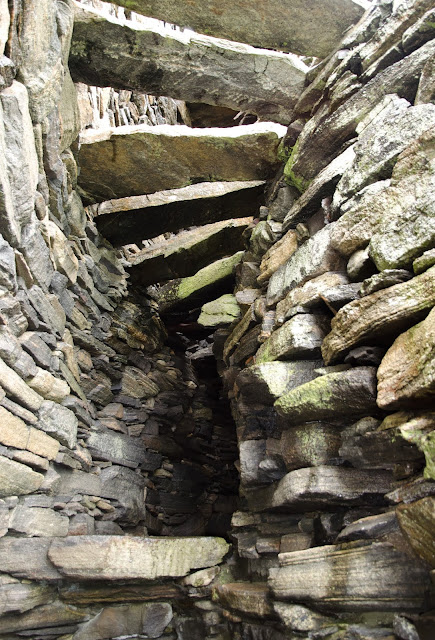 Supporting stone slabs were used higher in the structure to strengthen the whole - the more one explores the more the skill and vision of the broch builders becomes evident. 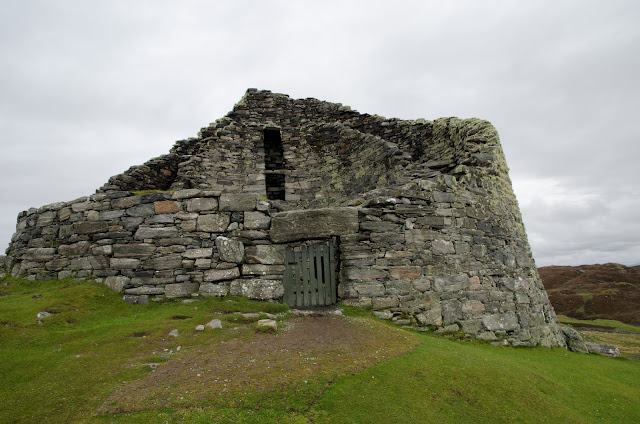 Dun Carloway is looked after by Urras nan Tursachan (Standing Stones Trust) who also look after the stones at Calanais and there's a small visitor centre below the hill which is built to echo the broch itself and is partially underground. Access to the broch is free and you can explore the inside by going through a small gate at the ground level entrance.  We were blown away by Dun Carloway 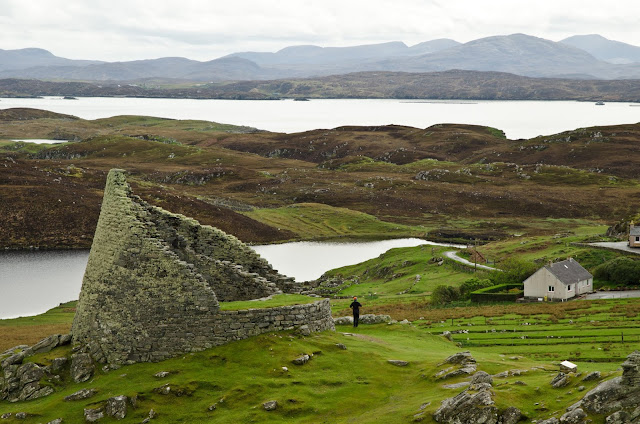 We were blown away by Dun Carloway.  In contrast to Calanais there was just two other people around and we were able to glimpse the power, symbolism, the setting of the broch and the craft of its builders.  If you visit Lewis, don't miss Dun Carloway!
Posted by Ian Johnston at 21:27