An atmospheric walk on the Correen Hills 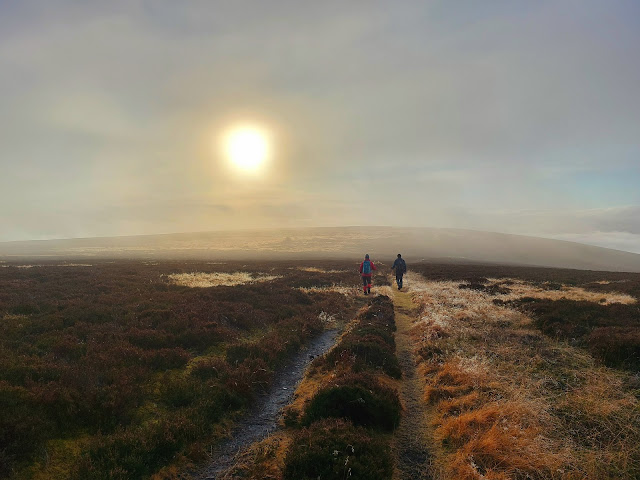 When Allan, Lorna and I made plans to meet for a walk over the Correen Hills the forecast suggested a misty start - and that's what we got.  We'd taken a hand-saw to cut away some of the branches from trees fallen during Storm Arwen and which were making progress up the forest and onto the ridge hard going - a 45 minute spell of trimming has made the route a good deal easier.

Emerging onto the ridge we had visibility of just a hundred metres or so for three quarters of the way around the broad, curving ridge.  But as we approached the path junction near Edinbanchory Hill which marks the turn towards Lord Arthur's Hill the mist began to thin and we strode on in ethereal light. 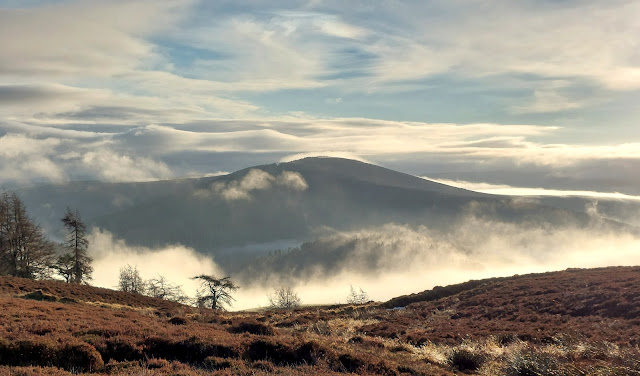 Looking across the valley of the River Don, Coiliochbhar Hill emerged from swirling mist.  This hill has given it's own wonderful misty conditions in the past. 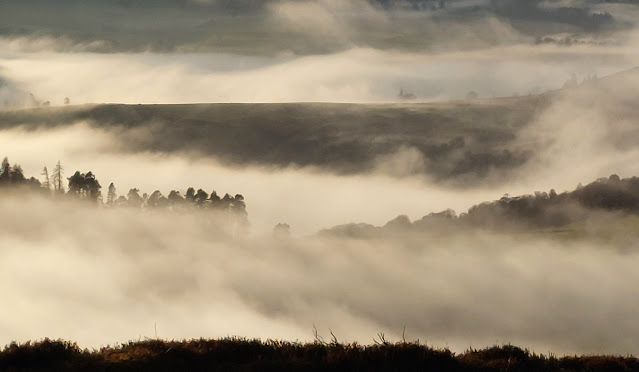 Our pace sowed right down as we stopped frequently to watch the changing scene; ridges and hills appearing and disappearing as the mist boiled, dissipated and re-formed - the effect was quite magical. 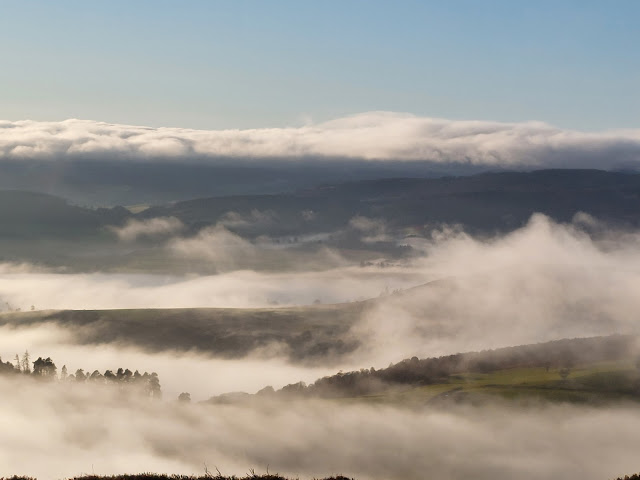 We seemed to be in an area of relatively clear air, in each direction a thick cloudbank was evident.  Underneath everything was grey and monotone, around us the light was superb.

We made the final pull up onto the summit of Lord Arthur's Hill in bright sunshine.  The lack of wind allowed us to sit for half an hour and enjoy the changing views in comfort - in late December!  As we went down the hill towards Tullynessle the air chilled and the mist began to re-form - but what an atmospheric walk it had been!
Posted by Ian Johnston at 17:55