Sight and sound on Loch Maree 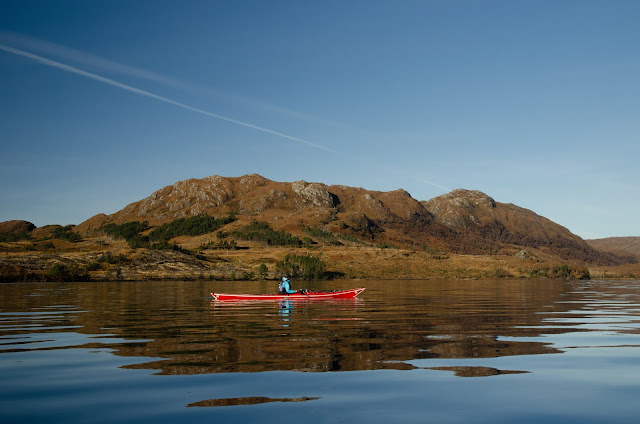 There was absolutely no wind when we headed out onto Loch Maree.  Our pace matched the feel of the morning and we spent long minutes just drifting on miror-calm water and absorbing the place. 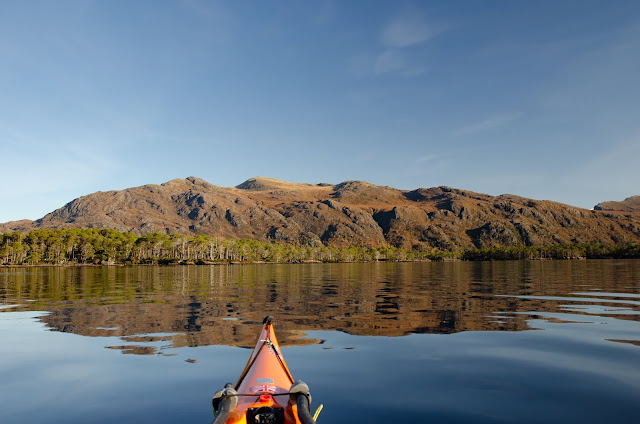 Our plan was to simply explore a few of the islands clustering the north west end of the loch, so we headed slowly over to the nearest of them.  The westernmost islands have good cover of Caledonian Pine with an understory of  Birch and Rowan, those to the east have little in the way of tree cover, and there's one island which is quite different to the others.  Autumn is a great time to visit these islands; the area is a National Nature Reserve of great importance for the pines themselves which are a genetically intact relic of ancient pinewood and for the rare Divers (Gavidae) which nest here.  In autumn there's no risk of disturbance to the birds. 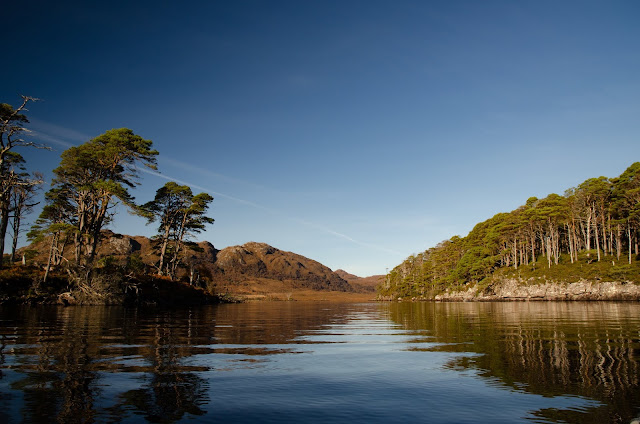 As we paddled between the islands new sightlines opened up at every turn.  So complex is this area that one could paddle it dozens of times without taking the same route.  A group of kayakers had got on the water after us, but we didn't see them at all in the maze of islands and channels. 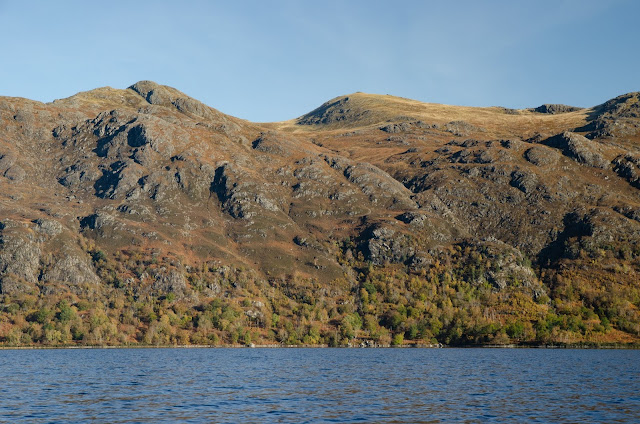 Along with sights, there was sound.  Although the Red Deer rut was just about finished we heard the occasional powerful roar of a stag from the rugged hillside on the north side of the loch.  The primal challenge carried right across the water; it's a most evocative sound of autumn in Scotland and I can testify that close to, the roar of a stag is a sonic experience not to be forgotten!

Sight after sound, a fine view opened up towards Slioch, the light subtly changeing on the hill as the morning wore on and the autumn sun swung through the southern sky. 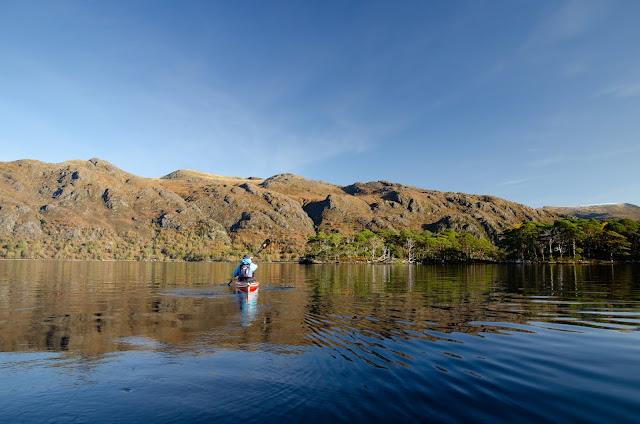 We felt very lucky to be paddling the loch in conditions like these and to be enjoying colour, scene and sound.....