The way back from Carn Bhac 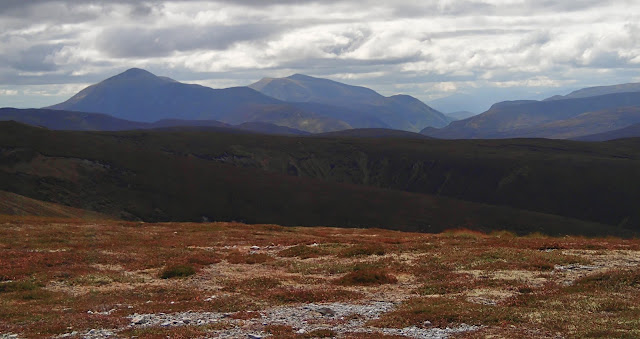 Climbing onto the broad ridge which leads up to Carn Bhac (cairn of the peat banks) a wide view opens up to the Perthshire hills, with Beinn a'Ghlo prominent.

The first top reached is called Geal Charn - the white cairn - and although it didn't appear so under lowering cloud, the quartzite rock here appears very pale under most conditions. 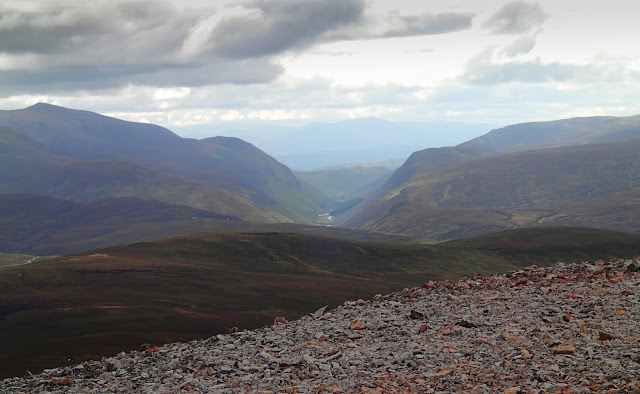 From Geal Charn there's a gun-barrel view down the remarkably straight trench of Glen Tilt, one of the great through routes of the Highlands, and part of the path from Blair Atholl to Braemar. 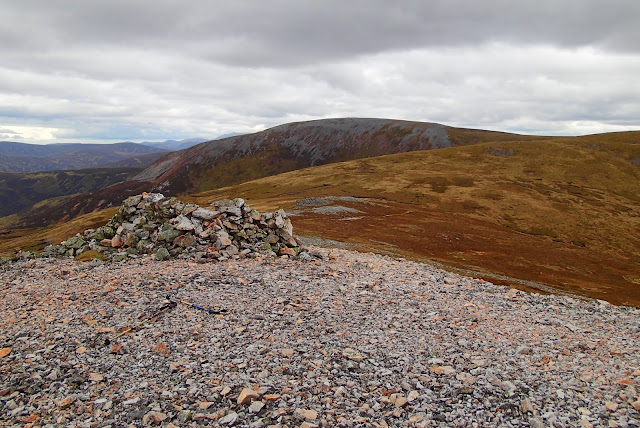 It's easy going and pleasant walking from Geal Charn to the main summit of Carn Bhac, which is the highest point of the dome of scree in this image. 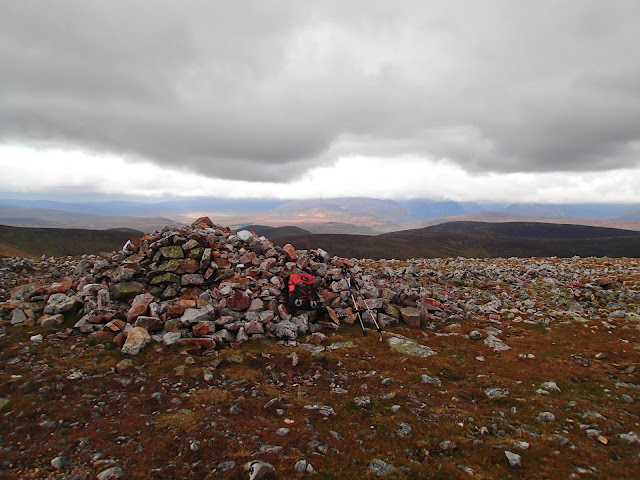 At the summit cairn the view towards the main Cairngorms ws rapidly disappearing under cloud and what looked suspiciously like falling snow.  As the wind was in the north this lot would be heading my way, so I didn't hang around too long. 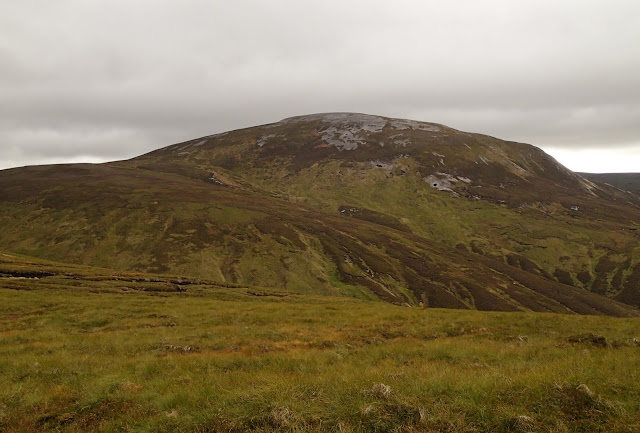 My way back from Carn Bhac was via the usual route of ascent.  This has little to commend it other than being a logical route if you want to include the nearby Munro of Beinn Iutharn Mhor (which is, in my view, better climbed separately anyway).  In descent this "normal" route is a long drag of wet moor and peat bog - I came this way the first time I climbed Carn Bhac but the "back" route I'd used is a much more pleasant way up.  This is looking back at the hill from about half way down.

Eventually the route meets an estate track along a stony ridge with good views into the head of Glen Ey, a pleasant glen for a low level walk with a ruined shooting lodge in the upper reaches. 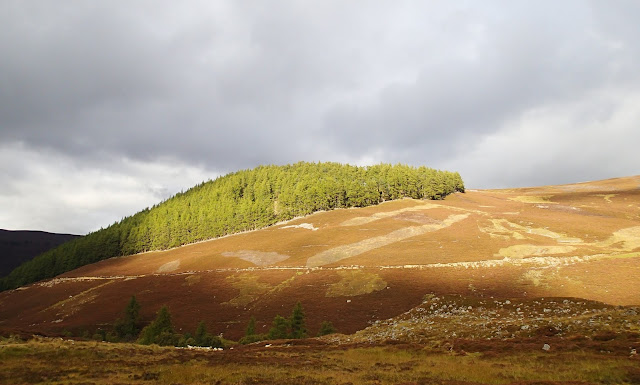 Arriving back at Inverey, a late blink of warm sunlight lit up the nearby hillsides - but it didn't last as the rain was starting just as I reached the car.  Carn Bhac isn't the most popular of Munros, perhaps because it's stuck a bit in the background, and perhaps a little because of the normal route of ascent.  It does have splendid isolation though, and some great views if you're lucky enough to have a clear day.  My route was 22 kilometres with about 650m/2130ft of ascent; the route is all on OS Landranger sheet 43 (Braemar and Blair Atholl).
Posted by Ian Johnston at 19:03