Light and warmth in the "dark glen" 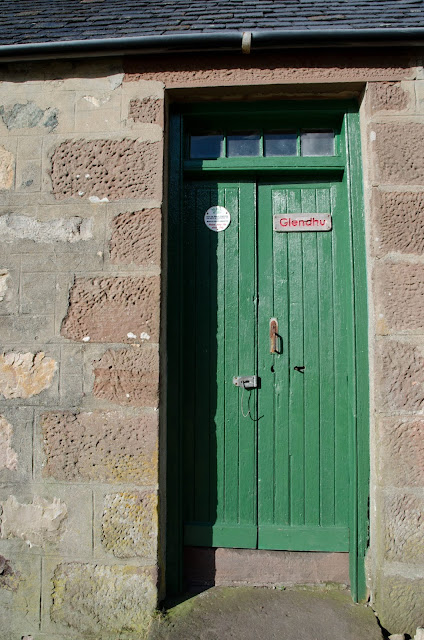 As there's a track to the door, Glendhu gets more visitors than the bothy at Glencoul so we didn't expect to have the place to ourselves on an Easter weekend.  The two upstairs rooms each had a couple of sets of kit inside so we decided to put up tents behind the bothy for sleeping and share the downstairs rooms with the occupants when they returned. 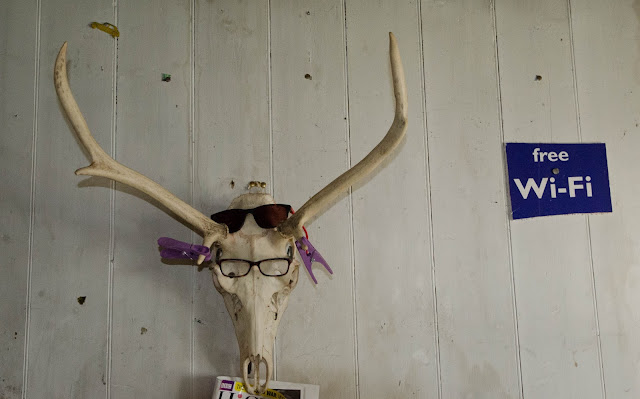 A deer skull mounted on the wall above the fireplace in one of the downstairs rooms has uses way beyond a decorative trophy; in good bothy style it has multipurpose use as a drying rack and glasses stand.  Unfortunately I'd forgotten to bring the wi-fi code with me........ 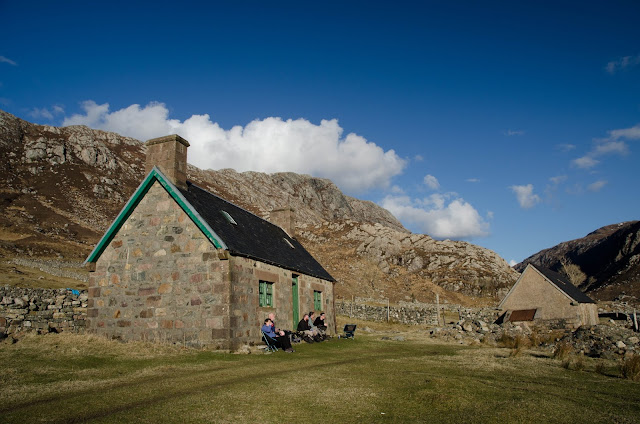 Soon after we got set up the folk already in residence came back from a long hill day - four lads from Northern Ireland and Scotland having a reunion weekend break.  We brewed up tea and sat outside in warm sunshine, our backs to the warm stone of the bothy - life seemed particularly agreeable. 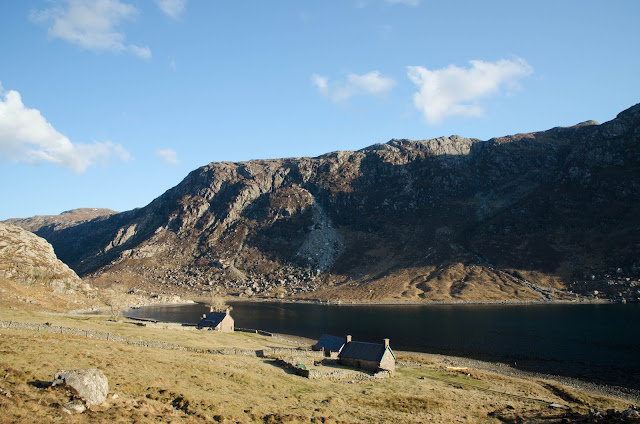 I took a stroll up the hill behind the bothy to get a view over the head of the loch - this really is a great spot.  As at Glencoul, the call of a Black Throated Diver rang out; this time with a beautiful, eerie echo - a true voice of the wild and so atmospheric and "of its place" here. 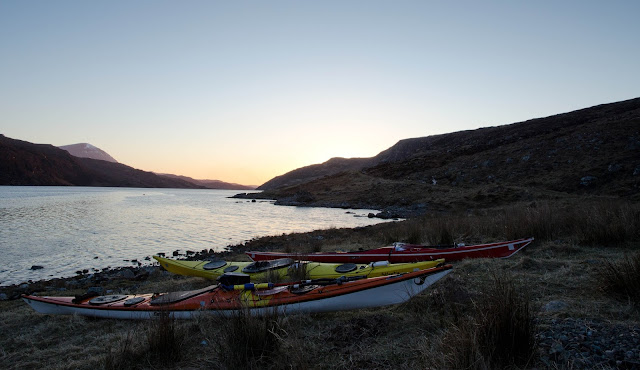 We enjoyed dinner in front of the bothy before retiring indoors as the sun sank behind the hills down the loch; the air cooled rapidly, a reminder that it was still April despite the warmth of the afternoon. 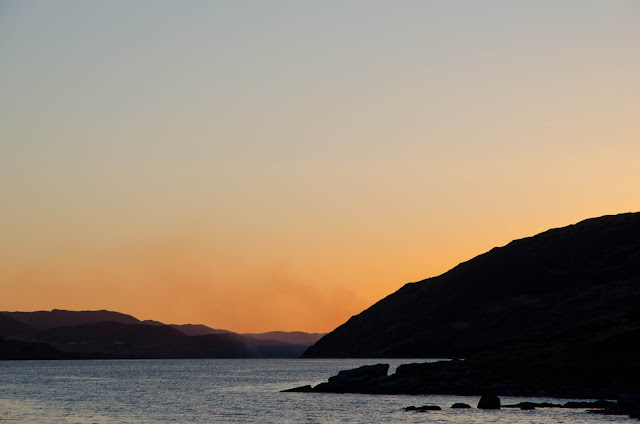 The colours of the sunset were enhanced this evening by a pall of smoke hanging over the lower loch, though we couldn't see the source of it.  The breeze died away after sunset and in the dusk we saw an Otter fishing right in front of us, eventually disappearing with a splash when it became aware of our presence. 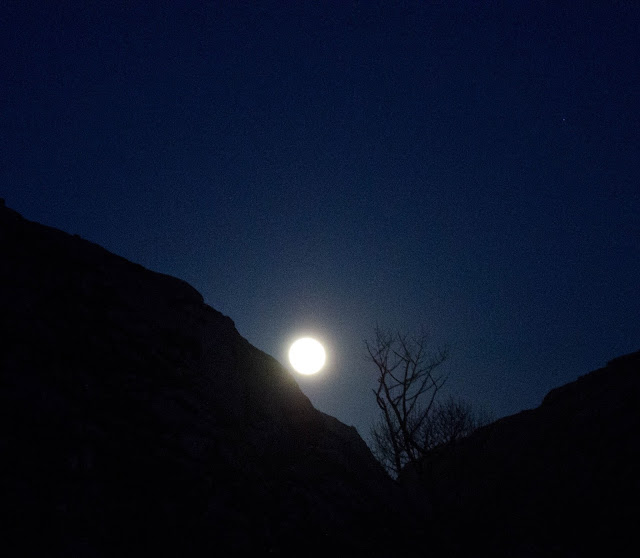 I went outside to fetch something from the boat after dark to a flood of pale light as a full moon came up into the "V" of the bealach (pass or col) above the head of Glendhu.  We all came out to enjoy this sight, our shadows were cast long and sharp in the moonlight - just magical. 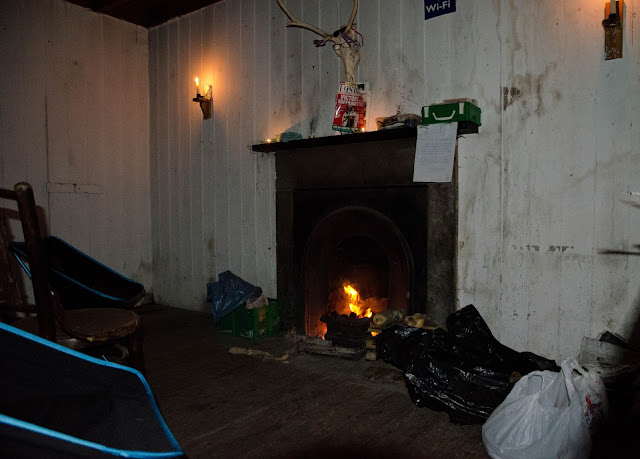 Indoors, we'd got a fire going and with candles lit around the room there was a glow of light here too - perhaps one of the greatest pleasures of bothying. When we went back out to the tents the moon was riding high and a touch of frost was crisping the grass.
Posted by Ian Johnston at 08:00