Despite the heavy snow and fierce cold of recent weeks, the season is beginning to turn towards Spring.  Winter is often thought of as a dark time with little in the way of colour; but there have been occasional moments of real beauty - as in every winter. 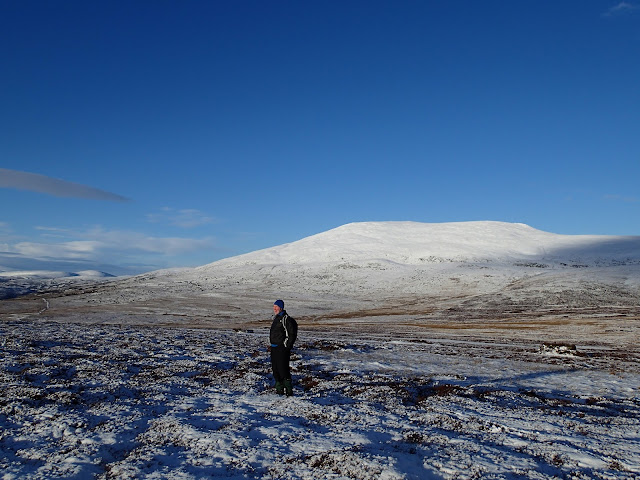 The dazzling, sparkling purity of snow covered hills against a cloudless blue sky is probably the best example of this and there's been more snow than in recent years too, a "proper" winter.  On this day above Deeside we could see for many miles through the clearest of air. 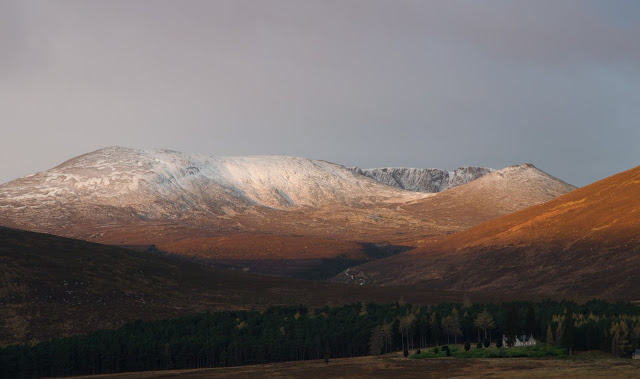 Earlier in the season when there wasn't so much snow but plenty of frost. There was contrast between shaded forest which held a frost haze most of the day, and the warmer colours brought to life by sunlight on the slopes of Lochnagar.  The scene in the mountain's great corrie was altogether more monochrome though. 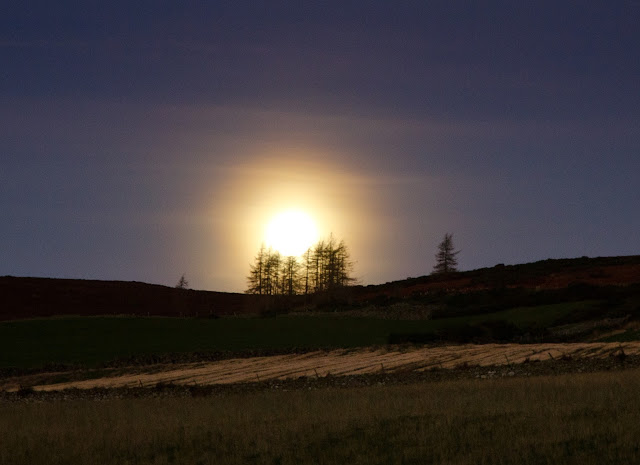 The winter saw a series of "supermoon" events where the full moon was bigger and brighter than usual due to its proximity to the earth.  The pale blaze of this moonset at home was a beautiful sight, and prompted me to get out and experience the arclight brilliance of this rare event. 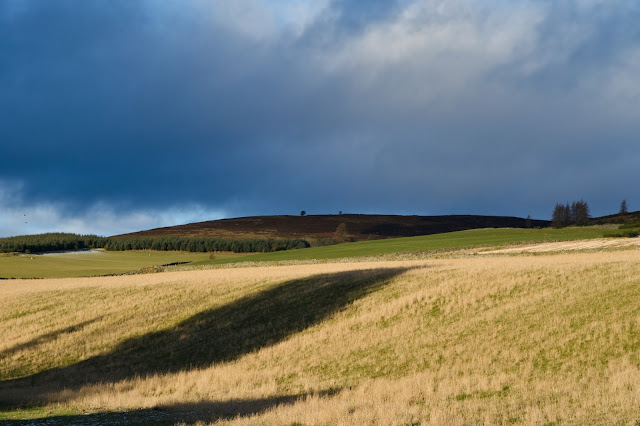 One of the features of the winter landscape is the blonde shades of the fields, grasses and barley stubbles bleached by the frost and wind.  Lit by low sunlight, these apparently lifeless fields take on a remarkable shade.

Back among the hills, as a freezing night gave way to a sunny day with a fierce north westerly wind. With a combination of frost haze in the glens and searing morning sunlight plus suspended dust from the wind, the view across the Dee valley towards Mount Keen was one of silhouettes softened into shades of light and shadow, the sky almost devoid of colour.  Processing this image in black and white made it actually more true to the view I experienced. 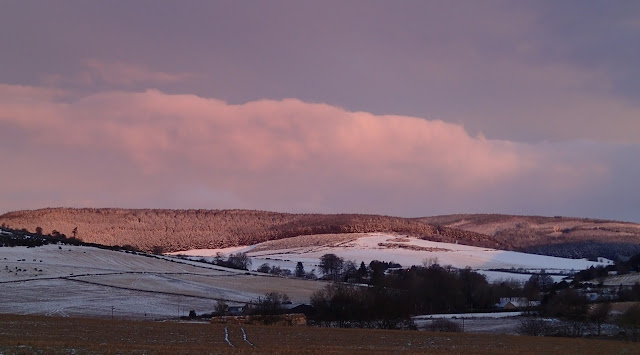 Days are short in the north of Scotland through the midwinter, the sun remains low for the six or so hours it's above the horizon.  The low angle means that sunrise and sunset can seem quite long, and the delicate lighting of dawn in particular can be quite beautiful. 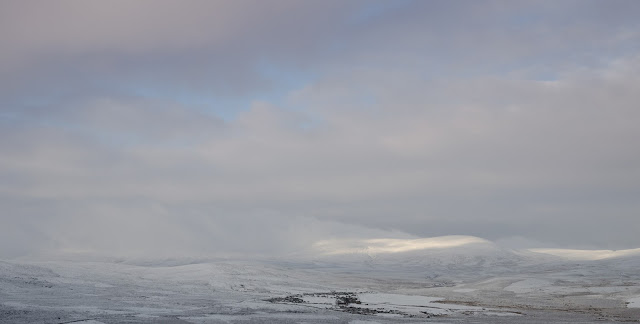 Even when the cloud is down and there's apparently little definition, the play of shifting light can be quite magical.  We sat on the moors above Glen Gairn and watched as cloud and sun performed a "dance of the veils" - alternately hiding and revealing the hills and moorland slopes.  The eye was drawn to the geometric shapes of field boundaries in the foreground as a point of reference, but all around us light shifted and changed.

Spring is on the way bringing a riot of bright colours, but winter isn't so dark and monotone after all.....
Posted by Ian Johnston at 16:53