A ride down the tide on the Sound of Jura 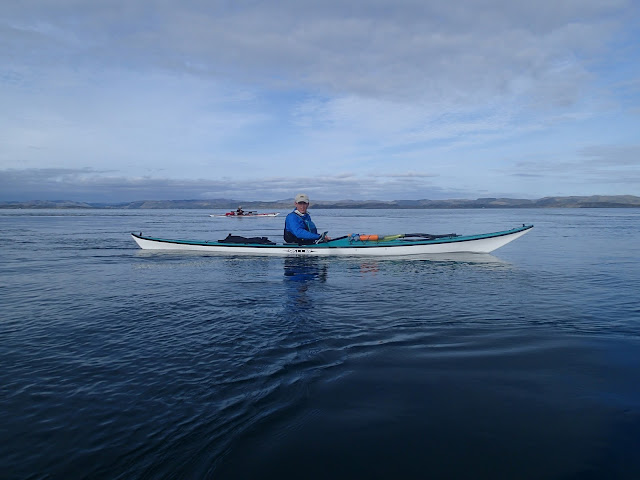 As we moved out from the Gulf of Corryvreckan into the Sound of Jura the tidal stream was increasing and our GPS confirmed that feeling.  Pretty soon we were travelling south at 10 Kph with very little paddling effort. 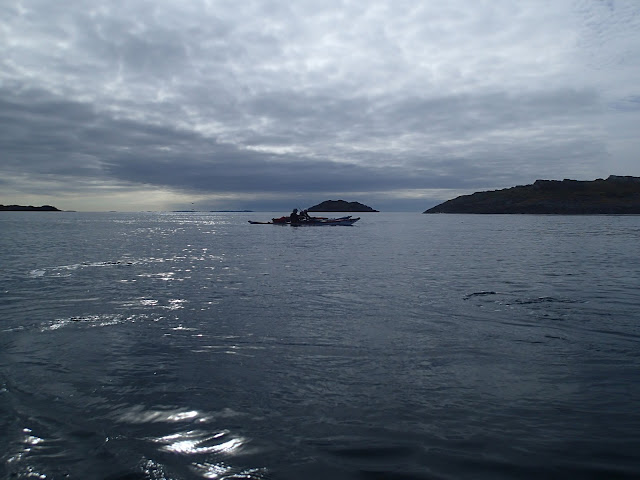 At the very end of the trip and the end of a lengthy day of paddling, this was a pleasant way to travel!  We headed across towards the mainland side of the Sound, taking transits as we went to make sure we passed to the east of Ruadh Sgeir (Red Skerry), a small island in mid channel which splits the tidal stream. 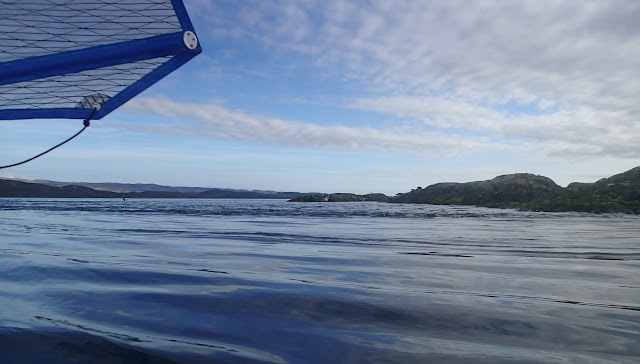 As we approached, the true speed of the flow became apparent and we were slung around the north of the island at a terrific rate........ 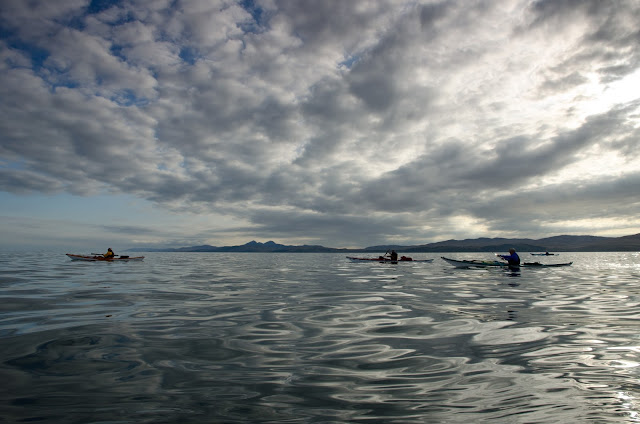 ....into flat calm water - but even here we were getting a great ride down the tide.  The view down the Sound to the distant Paps of Jura under a huge cloudscape was very fine. 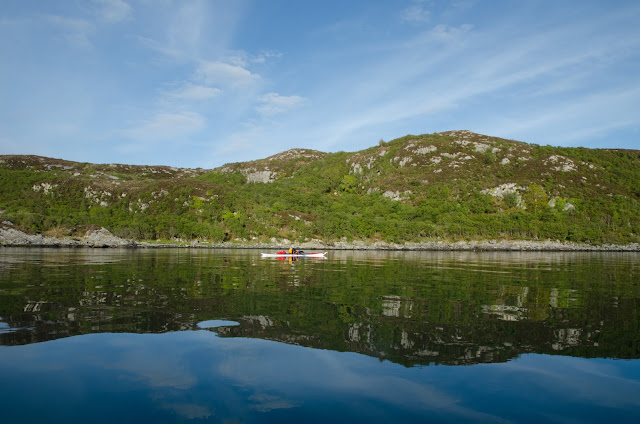 We passed inside Carsaig Island into a lagoon reflecting the blue of the sky and the vivid green of early summer vegetation. 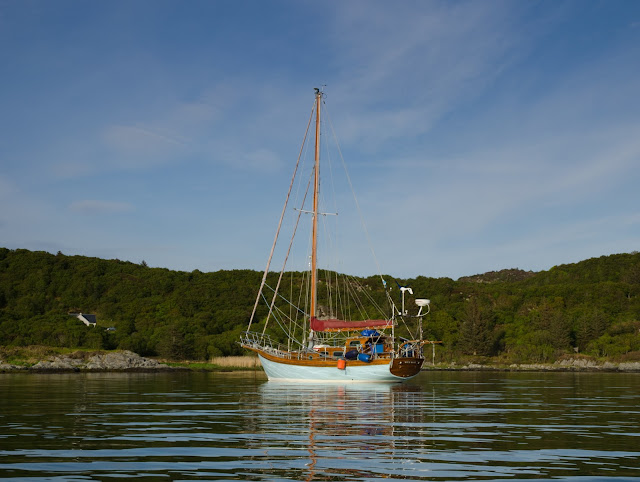 A familiar yacht was anchored in Carsaig Bay - we'd last met with "Wild Rose" on the west coast of Iona - and she looked just as good in her home bay! 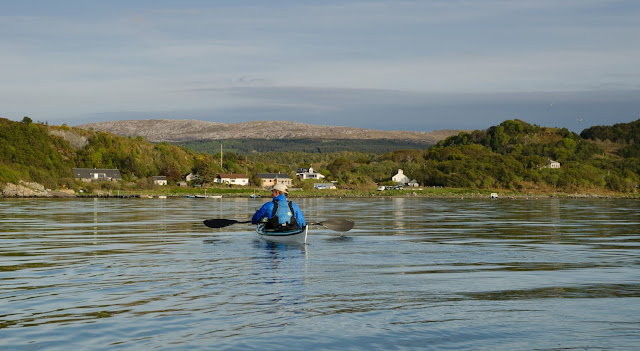 The last few hundred metres into Carsaig seemed to pass quite slowly, we were out of the tidal assistance and we were all tired at the end of a long day.

David and Maurice were heading home the same due to work commitments while Douglas, Sam and I had intended to stay on the water and paddle a little way south to find a wild camp for the night.  In the event, we elected to join David and Maurice for dinner at the Tayvallich Inn - which we can heartily recommend - we ordered identical meals - fish and chips all round!  From the Inn it was just a few metres to the Tayvallich camp site which we three stayed on for the night. 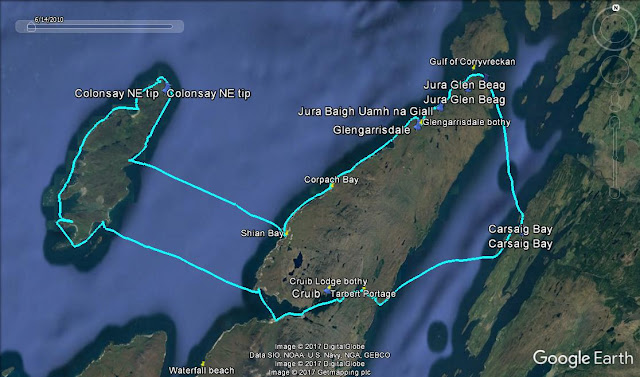 What a trip it had been!  We paddled 135 Km over four days and camped for three nights on some of the wildest and most remote beaches on Scotland's west coast.

A second trip to Jura in two years just reinforced my view that it's amongst the very best of sea kayaking destinations  - wild scenery, wildlife, remoteness, grandeur and fast tidal streams make for a potent mix.  Colonsay and Oronsay exceeded the very high hopes I had - this was my first visit to both those islands and it most certainly won't be the last.

As ever though, it's the people who really make trips special. To David, Maurice, Sam and Douglas - thank you so much - and Slainte!

A change of plan sets the wheels in motion across Jura

A Jura salute for a Jura sunset

The shining sands of Shian


Day 4 - West coast of Jura, Gulf of Corryvreckan and Sound of Jura to Carsaig

The bones of the place

A ride down the tide on the Sound of Jura
Posted by Ian Johnston at 20:53