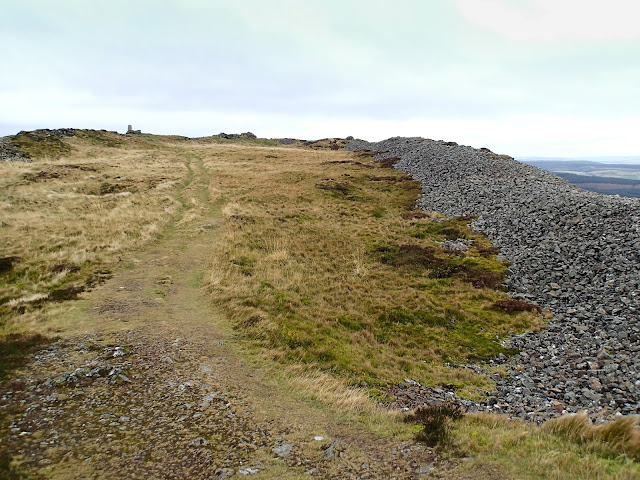 The initial and enduring impression as one enters the Tap o'Noth hill fort is the sheer scale of the site.  The walls enclose an area approximately 100 by 30 metres,  making the site around the size of a football pitch.  The aerial view on "Canmore", the digital archive of the Royal Commission on the Ancient and Historic Sites of Scotland can be used as our guide around this impressive place. 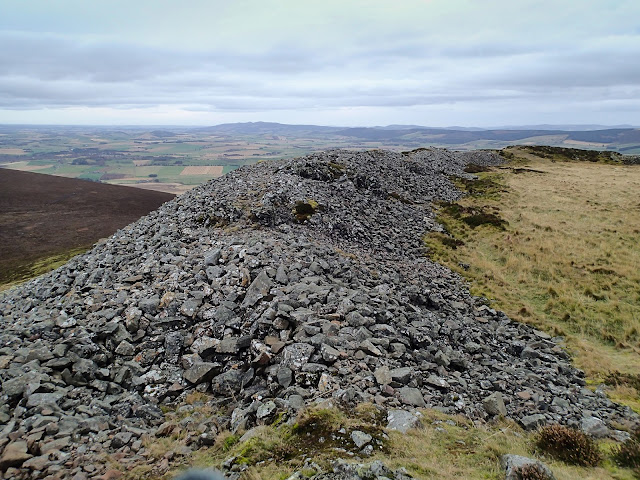 Although tumbled, enough remains of the walls to gain an insight into what a mighty fortress this would have been, the tumbled remains of the walls are 6 metres wide and 3 meres high  The organisation of labour to build and to occupy Tap o'Noth must indicate an advanced people with a structured society and the means to both construct sites like this and sustain themselves at the same time.  Archaeological finds here include an axe head dated around 2000BC-800BC and a piece of bronze horse harness dating to around the 1st-3rd century AD.  This would indicate that the site was probably in use from the Bronze Age and continued through to the Iron Age Picts, perhaps starting out as a small fort before being greatly expanded.  The word "Noth" is thought to have a Pictish origin and possibly has the meaning of "looking" or "seeing" - very appropriate given the wide ranging views from the summit. 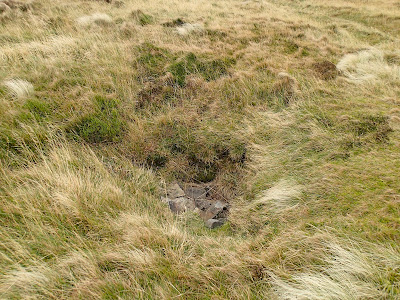 The fort site has a stone lined cistern well, clearly visible on the aerial view as a dark depression near the southern end of the enclosure. 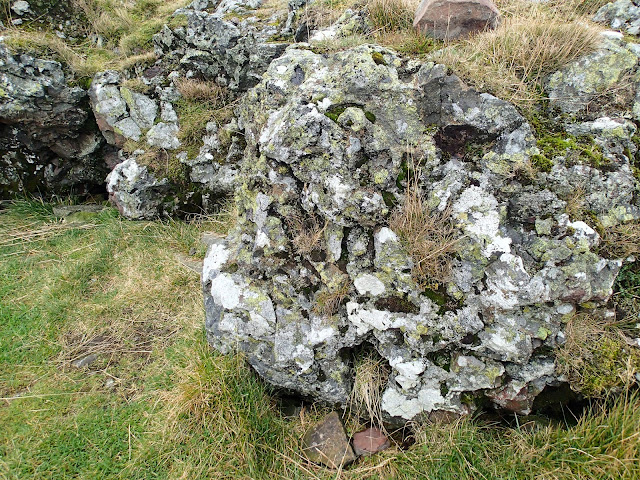 Parts of the wall have been vitrified by intense and prolonged heat, these vitrified sections are mostly concentrated at the north western end wall. 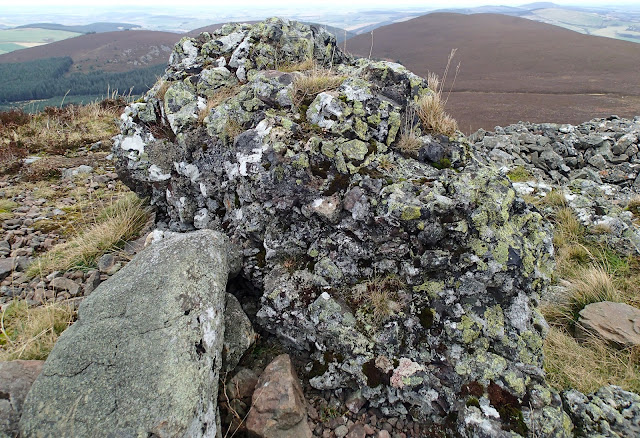 Debate continues amongst experts as to what vitrification represents, destruction or a deliberate strengthening of the walls.  There's some more about vitrified hillforts here, and as I visit more vitrified forts it seems to me to be logical that this represents a deliberate construction technique rather than a destructive one. 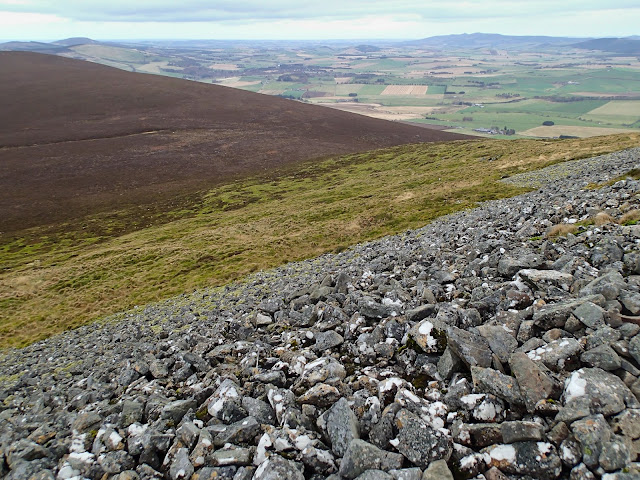 But the fort itself is just the crowning glory.  Lower down (pretty much at the divide between the grass and heather in this image) there was another stone rampart running right around the hill.  Remains of over 100 house platforms have been recorded in this area, with a definite clustering on the northern and northeastern slopes, sheltered from the prevailing wind and weather by the hill and the fort. 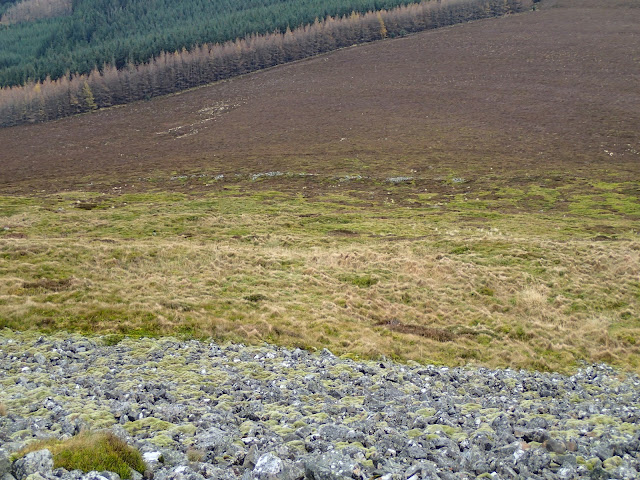 The line of the lower rampart can be seen in this image.  The whole site is a staggering 21 hectares in area; this is no mere defensive bolt-hole or even a status symbol built by an individual - it looks and feels more like a major centre of power; which is what it is believed to have been. 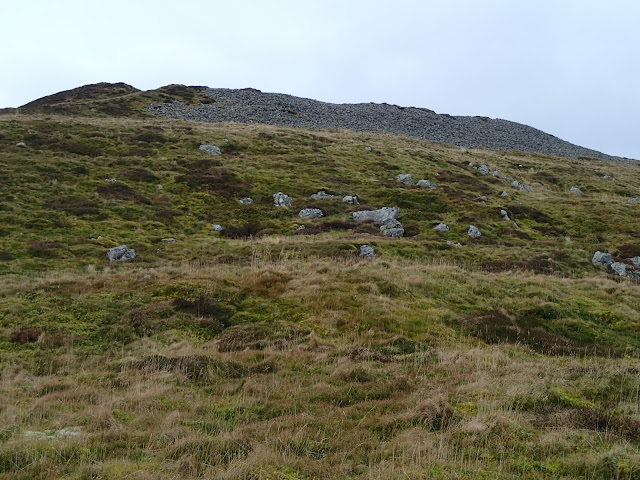 From the northern slopes of the hill a series of terraces exists in places, and occasionally the possible outline of a building.  From here the fort wall looks very impressive - how much more so must it have looked when in use? 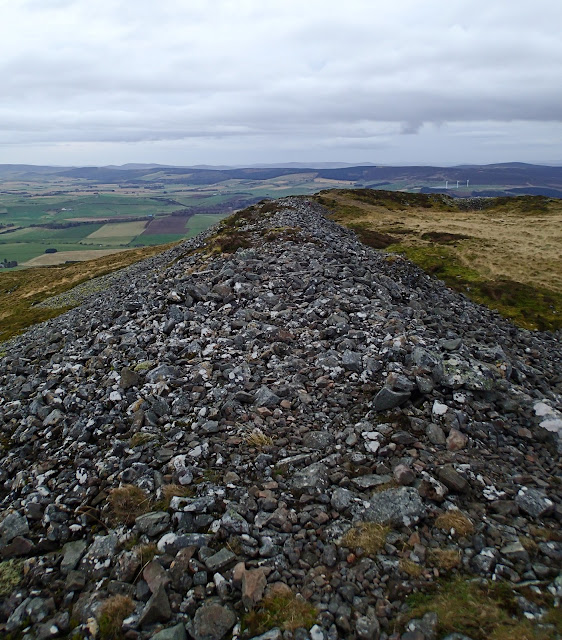 The effort involved in the building of such walls must have been enormous.  It would be a mistake to think that these Iron Age people were in most senses of the word "primitive".  Named "Picti" (painted people - probably deriving from the habit of tattooing) when the Romans encountered them in the late 200's AD the Picts were already a force to be reckoned with.  A sophisticated and organised society who farmed, kept livestock, indulged in art and sculpture and were fearsome warriors, they dominated northern and eastern Scotland until around 900 AD when the Picts were defeated and absorbed by their Gaelic Scots neighbours. 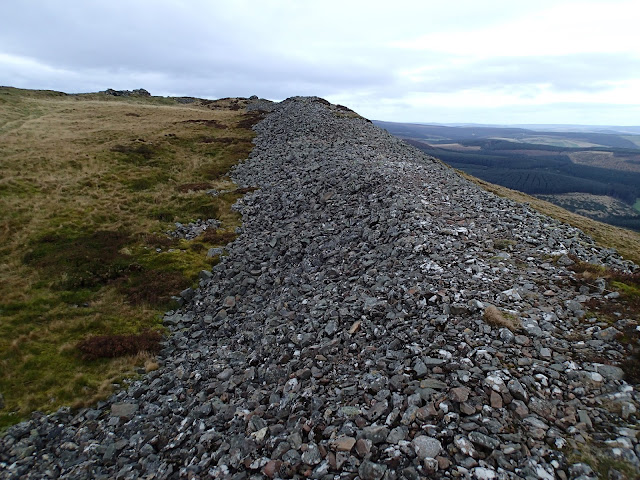 As I stood in a raw wind at the wall of Tap o' Noth,  my  thoughts of the warriors who would once have peopled this place were interrupted by a flat roar...... 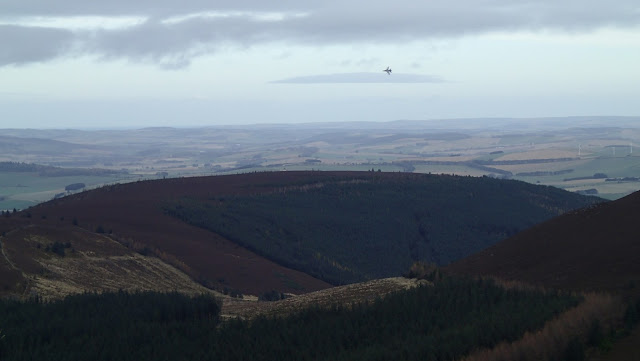 ....the signature noise of a modern warrior class - the crew of a Tornado fighter-bomber streaking past in a hard turn.
Posted by Ian Johnston at 21:41