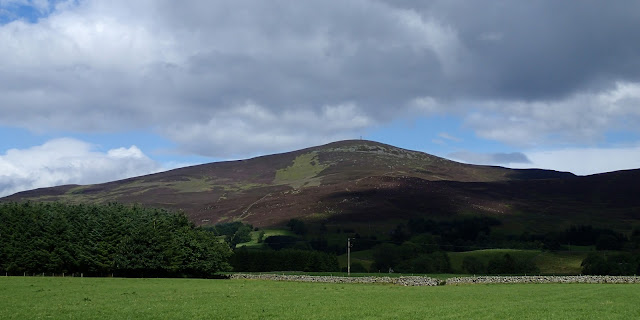 Mount Blair is a small hill at the south end of Glen Shee and is on the border between Perthshire and Angus.  It's classified as a "Graham", a Scottish hill between 2000 and 2500 feet in height.  I've often noticed it when driving the A93 road between Braemar and the south as although not a big hill it has a prominent location and is crowned with a telecommunications mast.

As I was driving this way and had an hour or so to spare, I thought it would make a nice short climb. 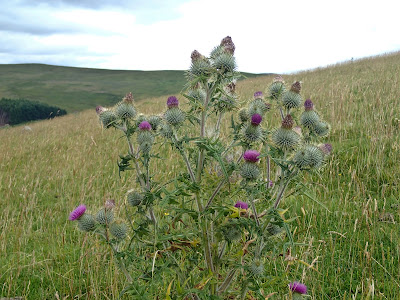 The ascent leaves the B9150 right on the Perthshire/Angus boundary and pretty much goes straight uphill over grassy ground grazed by sheep and cattle.  Thistles are coming into flower, the vivid flower heads bright against a cloudy sky. 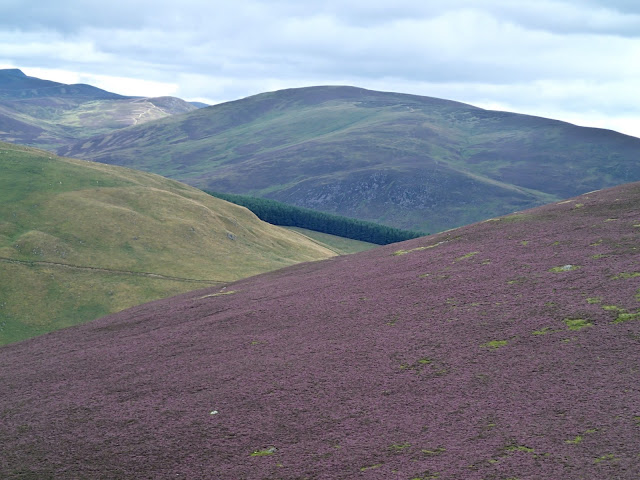 Heather is also in full bloom and the air was filled with a glorious heather-honey smell.  The gentle ridges to the east made for some nice angles 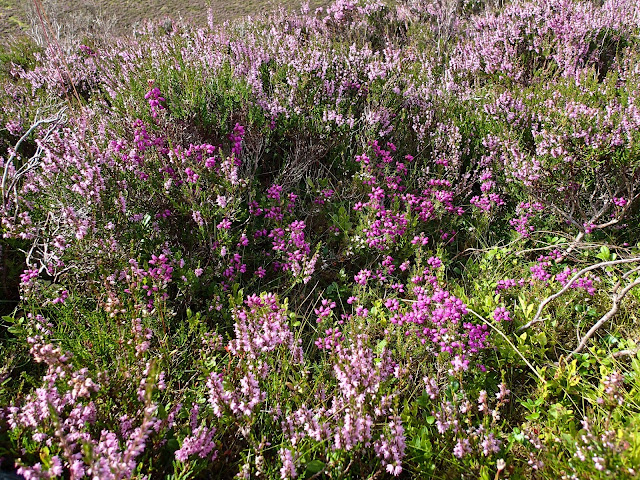 The upper slopes of the hills here are carpeted in the paler Ling heather (Calluna vulgaris), and in places a bit lower down this is mixed with the darker Bell heather (Erica cinerea). 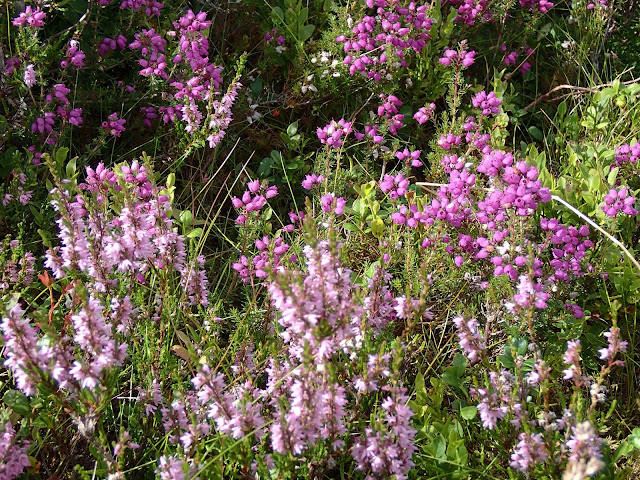 A dust of pollen coats both boots and trousers as you walk through the heather, the sound of bees is ever present.  Higher up the hill a chilly breeze was blowing, but the heather scent was still strong. 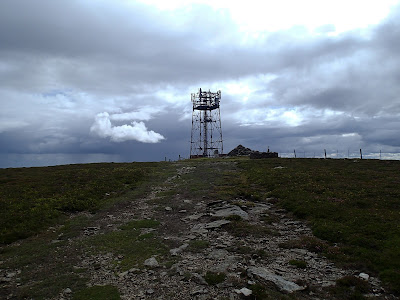 At the summit the large telecommunications mast is a bit of an intrusion but can be ignored except for the noise of the wind in the rigging holding it together.  A view indicator was installed here but is now in a bit of disrepair, although inside the  circular windbreak  a plaque commemorating several prominent local landowners is still in place.  The large cairn is possibly prehistoric and is reputed to hold a more recent suicide's grave. 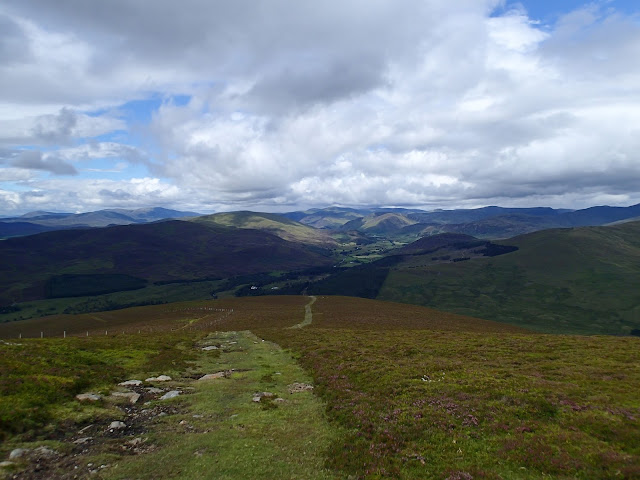 Mount Blair sits right at another boundary, that between highland and lowland ground.  To the north the view is absolutely highland with the green trough of Glen Shee winding up to the bigger hills of the southern Cairngorms.  Close by are the Angus Glens, long parallel valleys cutting into the Mounth hills between the Cairngorms and the North Sea coast. 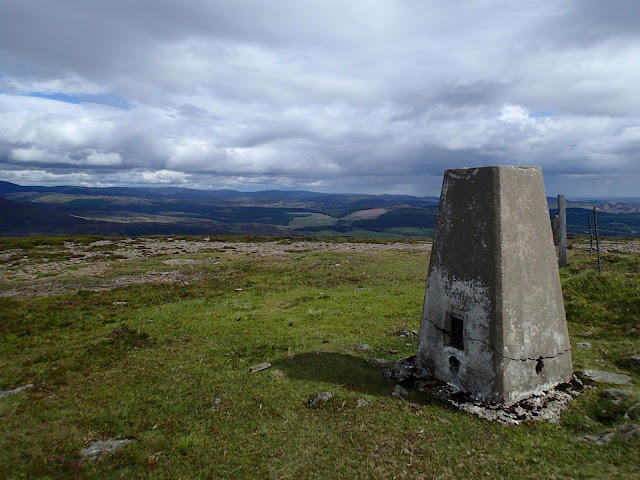 To the south the view is much more lowland in nature with the  mix of farmland, moorland and forest which makes Perthshire such a varied county.

I varied my descent to take in a heathery ridge to the east and add a couple of kilometers to the walk.  Perhaps appropriately, I put up a couple of young Red Grouse on my way down to the road.  This was the "Glorious Twelfth" - 12th August being the start of the Grouse shooting season in Scotland.

The whole walk took less than two hours - as a hill to climb for some exercise on a journey either south or north it's a great choice and a super viewpoint too.
Posted by Ian Johnston at 12:58