Whilst sorting some recent pictures, I hovered over the "delete" button with the following three as they're a bit fuzzy, grey and out of focus, but it was an unusual day, so.....


On Good Friday, I met up with Morag for a short paddle from Portsoy to Portknockie on the Moray Firth.  The weather forecast was for rain at first then overcast with very light winds.  The swell forecast was for 1.5ft (0.5m) of northerly swell with an 8 second periodicity. 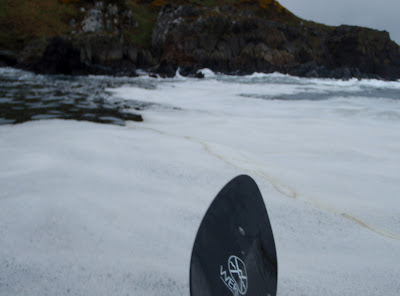 We'd hoped to get close in among the channels and rocks along the way, but it soon became obvious that although the rain and overcast sky were present and correct, the swell wasn't quite as forecast. 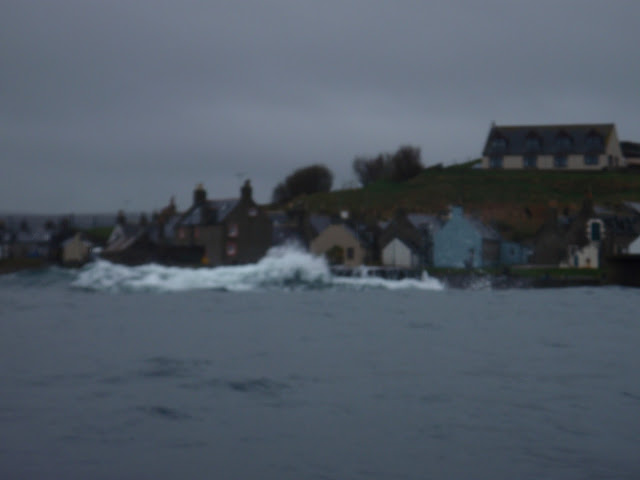 In fact it was more than double the forecast with some quite impressive sets of even larger ones.  This fuzzy image shows one of the larger swells breaking over the outer harbour wall at Sandend where we stopped for lunch. The power of the wave can be seen at the left hand side where it was barely breaking on its way over. 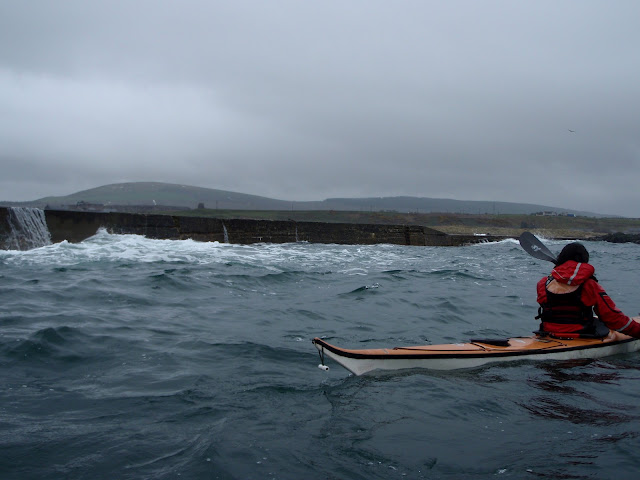 Getting into the harbour needed a bit of timing to avoid the big sets.  This is the side wall of the channel and at right angles to the swell; the big sets were rolling right along the top of the wall.

The conditions were quite strange, there was no wind, the sea surface was almost completely flat and yet these large swells were rolling under us.  Had it been windy the conditions would have seemed much more intimidating, but just swell was, just swell!

We paddled on to Portknockie and managed to get through the Bow Fiddle rock, then had the highlight of our paddle coming back across Cullen Bay when we had a very close pass  by seven of the Bottlenose Dolphins resident in the Moray Firth.
Posted by Ian Johnston at 21:48